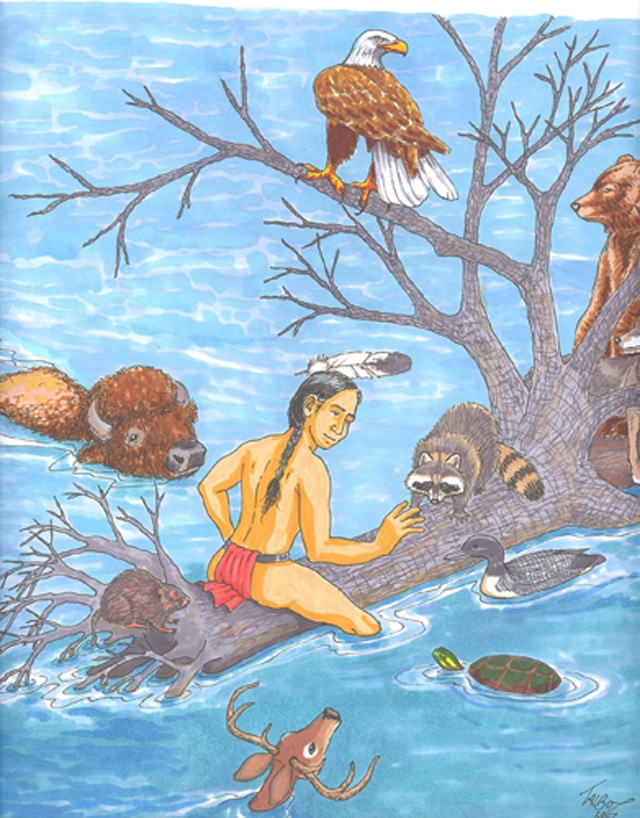 One time, long ago, the Creator Mamogosnan flooded the Earth. Original man, known as Wiske, was floating in the water along with all the Earth’s other animals. To stay afloat, they each climbed onto a large log that had been carried by the current.

Wiske, tired of hanging onto the log in the cold water, decided that they needed some land to rebuild the Earth.
The other animals and Wiske talked about how to do this. They had been floating for days without any sight of land, and decided the only place they were sure it existed was under the water.

Shishibe, the Duck, was a good swimmer and volunteered to dive down and retrieve some Earth from the water below. Shishibe disappeared into the water below with the kick of his webbed feet and was gone for a long time.

Eventually, he emerged, breathing heavily and shaking his head.

“I dove as far as I could, and I couldn’t even see the ground,” he explained dejectedly.

The Loon, who had been sitting on top of the log waiting for the Duck to come back, volunteered to try next. Diving off the log, he disappeared into the water. The other animals waited as the Loon spent a longer time beneath the blue water than the Duck had.

Eventually, he too reappeared, saying “I got close enough that I could see the dirt at the bottom. It is there, I just couldn’t hold my breath long enough to reach it.”

One after another, the animals floating in the water took turns diving below the waves in hopes of reaching the bottom. Each one though, returned with nothing to show for it. As more failed, hope started to fade that they would ever be on land again.

Finally, when everyone agreed that the water was just too deep, a small voice from the far end of the log said, “Let me try.”

All the creatures looked to where the voice had come from and saw a small, hairy animal that looked like a cousin of the Beaver.

“What is your name?” Wiske asked.

“I am Zheshko the Muskrat, and I am a good swimmer. I would like to try,” replied the animal.

“Everyone else has tried, why not let him?” someone said from the other end of the log.

So Zheshko took a deep breath and jumped off the log and into the water. 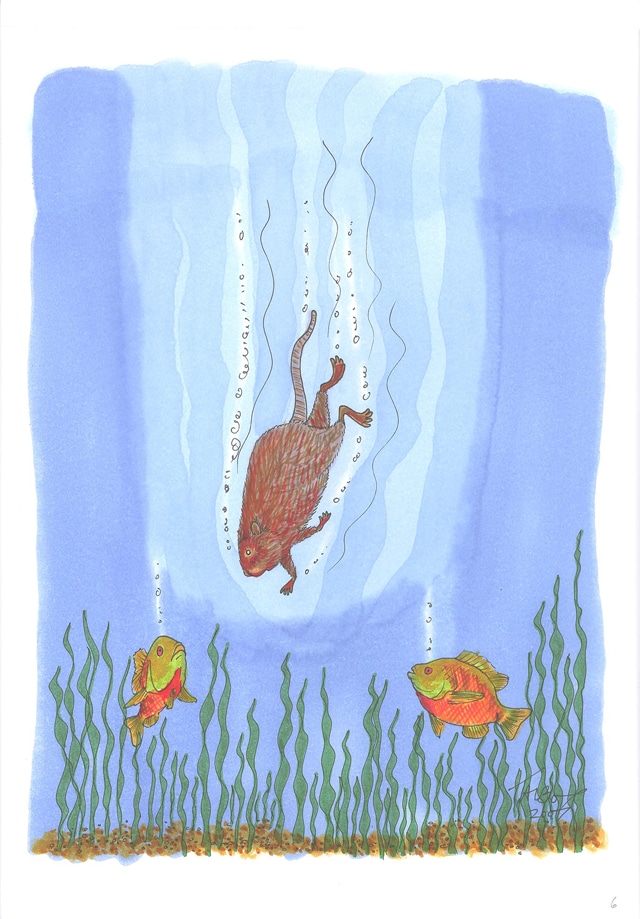 Soon everyone realized he had been gone longer than the duck, the loon and everyone else who had attempted to reach the bottom. Eventually, air bubbles began to emerge from the water where Zheshko went in. Soon after, Zheshko floated slowly to the surface.

Wiske and the other animals brought him to the log and sat him on top of it. Though he was no longer breathing, in his hand was a clump of Earth. In his desire to reach the bottom, Zheshko realized that if he reached the bottom, he wouldn’t have enough air to get back to the surface.  By grabbing the dirt, he sacrificed himself in order to help the other animals still up on the log.

Mshike the Turtle, had watched all of this happen and was touched by Zheshko’s sacrifice and offered his shell as the platform to rebuild the Earth. Through Mshike and Jeshko’s efforts, the Earth began to form on the shell and grew larger and larger. Eventually all the animals were able to leave the log and walk onto the newly formed land that was built on Mshike the Turle’s back.

This is the reason that to the Potawatomi, North America is known as Turtle Island. 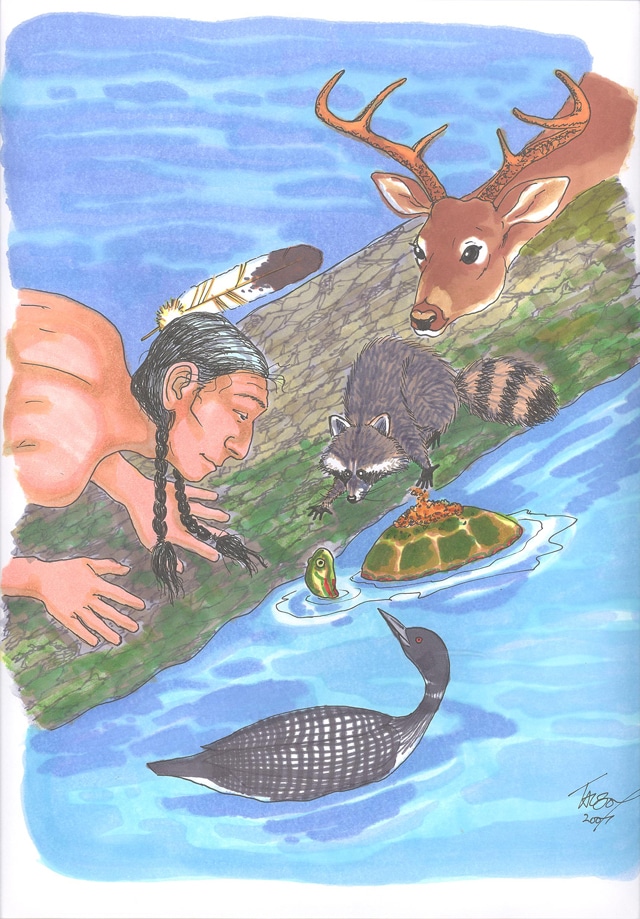