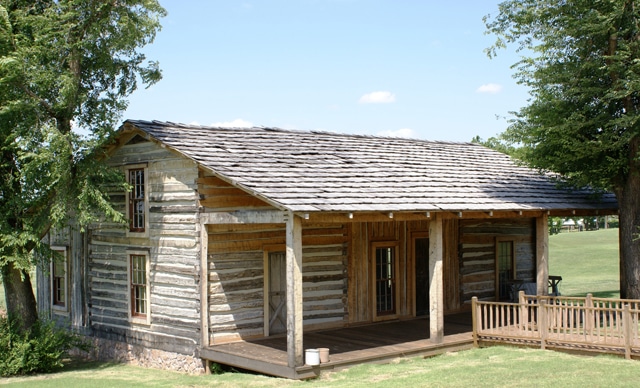 Just off the north edge of the FireLake Golf Course’s driving range, near the Citizen Potawatomi Nation Cultural Heritage Center, sits a log cabin that looks as if it has appeared straight out of an old Western movie.

Built in 1881,outside of what was then called Shawneetown, the cabin was first owned by store owner and trader Louis Tyner at the site of the present day St. Anthony’s Center for Rehabilitation on the Western side of Gordon Cooper Avenue. A year later, one of four Potawatomi families who relocated to Indian Territory from Kansas in 1872 purchased it. That family, headed by Antoine and Mary Anderson Bourbonnais, would eventually be recognized as members of the 49 original founding families of the Citizen Potawatomi Nation.

“Log cabins epitomize the sun up to sun down, hardworking character that America thrived on in the beginnings of the early pioneering days of building this country,” explained Stacy Coon, Collections Manager at the CPN Cultural Heritage Center. “Mary and Antoine Bourbonnais, as Native Americans of Potawatomi descent, also epitomized that same driving force which led them to start new beginnings and thrive here in Indian Territory, Oklahoma as citizens of this great country.”

The couple was active in the local community. Antoine is recognized for his service in helping the Quaker missionaries build the Friends Mission Church, which currently sits just north of the Golf Course and CPN Cultural Heritage Center. He is reported to have helped supply the lumber and windows along with the structure’s bell, which still sits atop it today. Mary served as the local doctor, midwife and record keeper as well as overseeing the territory’s first Sunday School as Superintendent.

The cabin is also rumored to have been a hideout for outlaws Frank and Jesse James. The brothers and their gang were known to lay low in what was then Indian Territory. The cabin features a small attic, said to have been discreetly built to house the brothers as they hid from the law. While sources debate this tale, one fact remains that a grandchild of Antoine and Mary was named Jesse James Bourbonnais, speculated to have been named so in honor of the outlaw.

The Bourbonnais Cabin, as it came to be known, was rented out following Mary’s passing in 1922. It was rented to Pottawatomi families under the agreement that Mary and Antoine’s last living descendent, Ozetta Bourbonnais, received half the pecans harvested from the trees surrounding the structure. 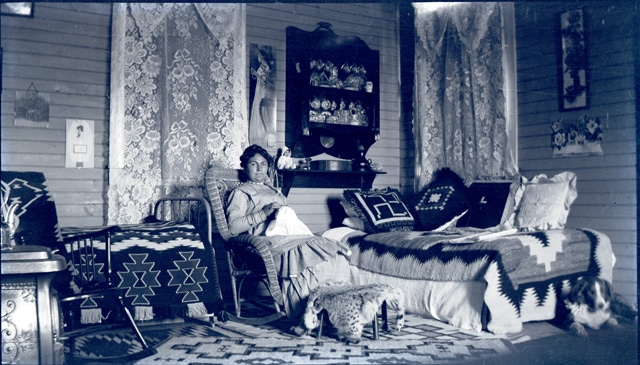 During the 1970s, the cabin was acquired and restored by the Pottawatomie County Historical Society and relocated across Gordon Cooper Drive near the Friend’s Mission Church. It sat there, in a state of dilapidation until the Citizen Potawatomi Nation acquired the structure in 2007. 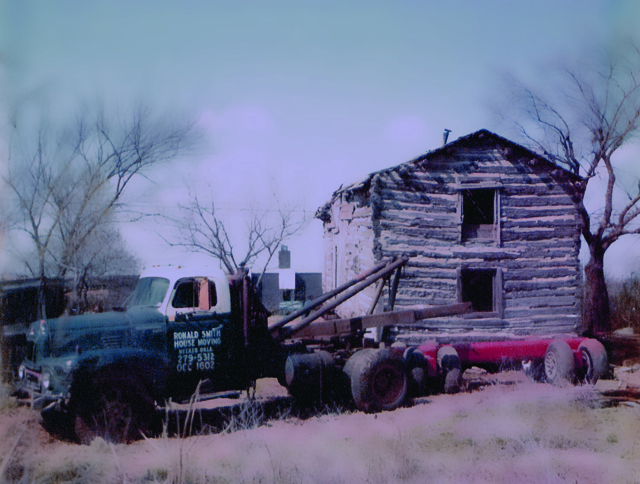 As part of an overall restorative process, the cabin was taken apart log-by-log and shipped to a company in Illinois where each piece of lumber was treated and preserved. It was then shipped back to CPN tribal lands and assembled on tribal lands.

The structure has withstood two direct hits by Oklahoma’s tornadoes, once in 1905 and again in 2007. 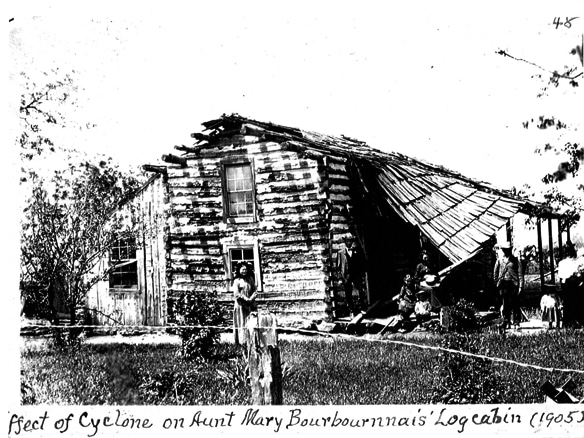 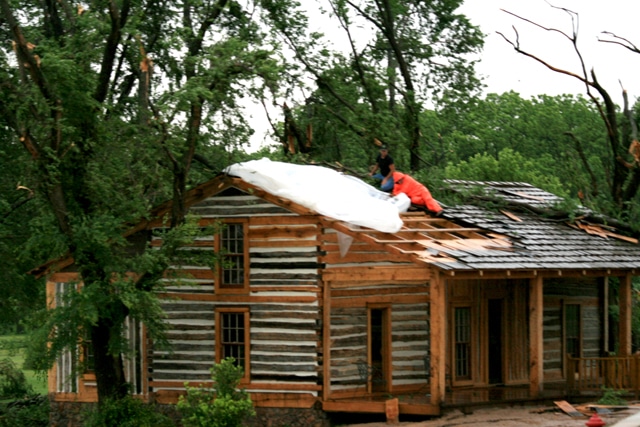 It is open during the annual CPN Family Festival each June for visitation and visits on request can be made at the CPN Cultural Heritage Center, Monday-Friday from 8:00 a.m. – 5:00 p.m. and on Saturdays from 10:00 a.m. – 3 p.m.