The commercial interests managed by the Citizen Potawatomi Nation vary from grocery stores, banks and even an eagle aviary. One enterprise seen by many who travel to the tribal headquarters in Shawnee, Okla. is the agricultural production from the fields falling under CPN management.

Since mid-2010, the tribe has partnered with McKinley Farms, a local operation who oversees the day-to-day management of the tribe’s farm properties. This land is used to produce wheat, corn, soybeans and graze cattle. 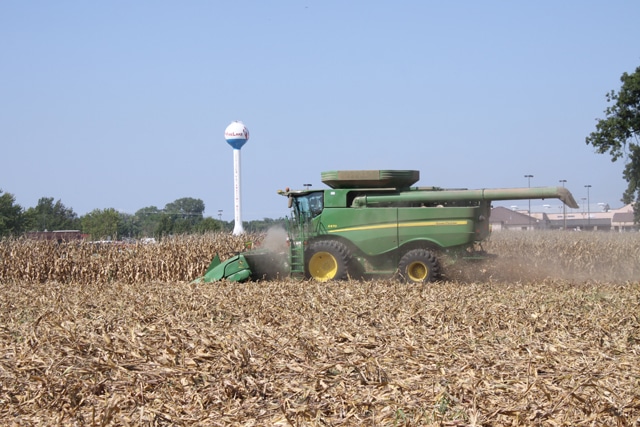 “We try to make the best decisions, limit the risk and ultimately take care of the tribe’s land as we would for any producers who trust us with their assets,” explained Gerrad McKinley of McKinley Farms. “We treat the tribe’s land like it was our own.”

The state was affected by a multi-year drought in the past years, though in 2013 a wet spring and early summer helped the crop. In 2012, Oklahoma yielded between 70-71 million bushels of wheat. In 2013, the state’s total crop more than doubled, yielding 160 bushels of wheat. For CPN, its 274 acres designated for wheat production yielded more than 19,000 bushels.

A double crop to the wheat, CPN’s soy bean yield has yet to be harvested. The soybeans are no tilled, meaning they are planted in the leaf stubble of the harvested wheat crop.

“We’re just trying to maximize the resources we have to work with,” said McKinley. “You never know what you can get unless you try. We’re just selling it to commercial outfits that go on and market it to buyers who use it in a number of ways.” 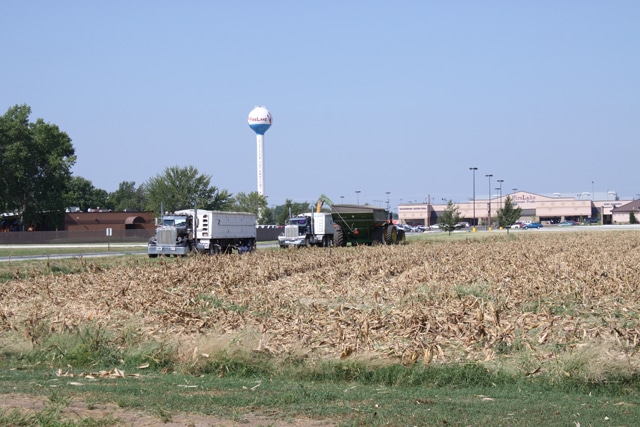 The soybeans have multiple uses, the most common being as feed for livestock. The soybeans also contain oil which can be used as an energy producer.

CPN’s corn crop, which was planted throughout the several of the tribe’s designated agricultural holdings totaling 615 acres, yielded approximately 120 per acre. Once harvested, the corn is stored on silos and storage containers on tribal land at Shawnee Milling Company.