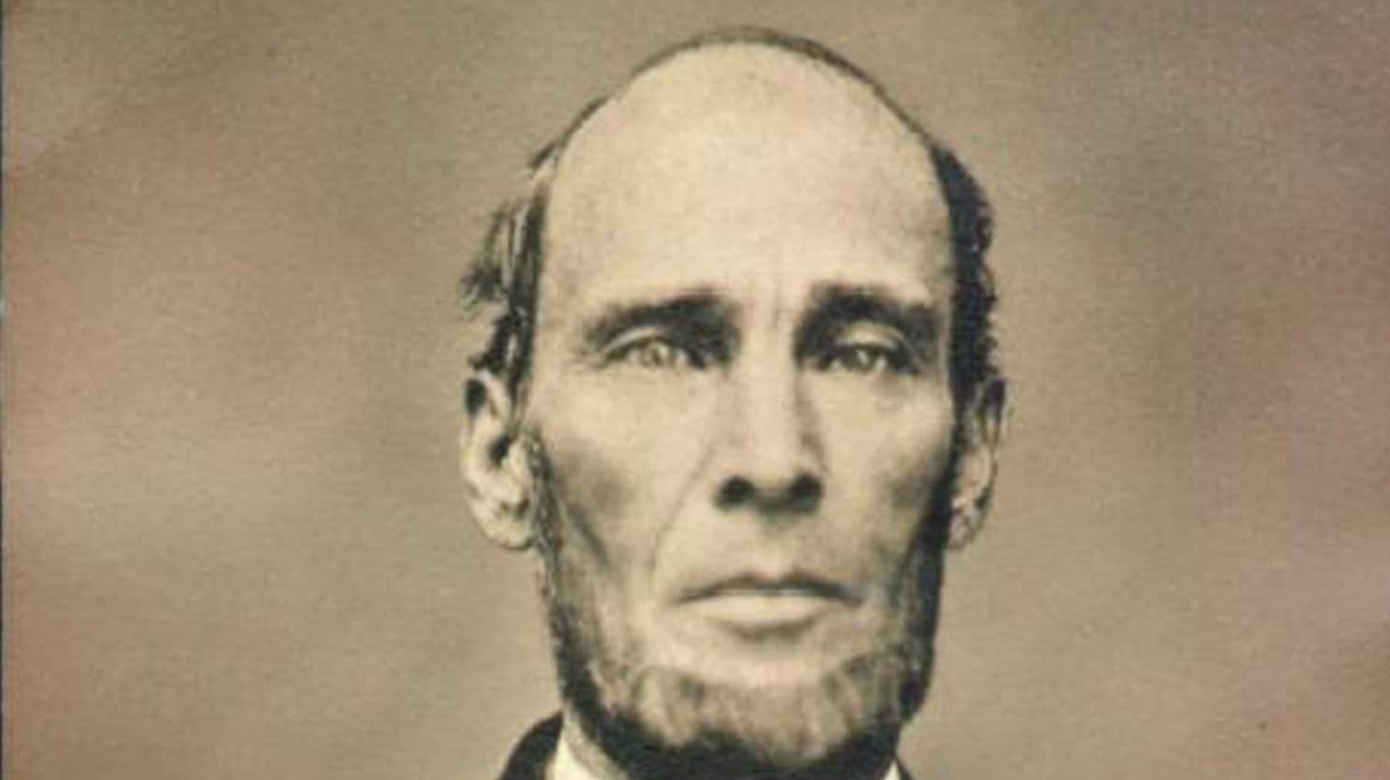 The Higbee’s Potawatomi roots begin in the 1800s with the marriage of Julia Justine Bertrand and Alva Higbee. Julia’s parents, Madeline and Joseph Bertrand, were successful fur traders and business owners near Lake Michigan. Madeline was the daughter of Daniel Bourassa I and an unknown Potawatomi woman. Her mother was most likely a member of Potawatomi communities in the St. Joseph River Valley, whose villages were led by Chief Topinabee. Julia, born May 25, 1823, also grew up along the St. Joseph River in Michigan near the township named for her father.

After the Potawatomi signed the Treaty of Chicago in 1833, the Potawatomi lost millions of acres through land cessions, and many were forcibly removed west. However, Julia stayed in Michigan and received an education at the Carey Mission and a local, private school run by the Bertrand community postmaster named Squire Daniel C. Higbee. There, Julia met Daniel’s brother Alva, who became her husband. They married in Bertrand on Oct. 4, 1848, before moving to the Potawatomi reservation in present-day Kansas in 1850.

Julia and Alva had nine children: Josephine L., Mary Anastasia, Joseph Bertrand, Lewis B., Robert A., Lucy and George as well as Theresa and Julia who passed away as infants. Alva worked as a carpenter, and the kids attended school at the St. Marys Mission.

Due to the Kansas reservation’s location along the California and Oregon trails, the Potawatomi faced increased pressure by settlers, business and the federal government. This led to the Treaty of 1861, which separated the Potawatomi into two distinct groups. The treaty provided them an opportunity to receive a land allotment and potentially become U.S. citizens or remain living communally on an 11-square-mile reservation. The former became the Citizen Potawatomi and the latter the Prairie Band. The Higbees decided to receive allotments and become members of the Citizen Potawatomi.

Julia passed away in 1866 due to pneumonia. One year later, the Citizen Potawatomi signed the Treaty of 1867, which provided the opportunity for Tribal members to sell land and in return, purchase a new reservation in present-day Oklahoma.

Alva then married Agnes Elizabeth Cox, and they had three children: Wilhelm, Edwin and Edith Elizabeth. Family records state Alva and Agnes had a quarrelsome marriage, and they divorced. He married once more to Margaret Barton in South Bend, Indiana. Their relationship also suffered, and Alva returned to Kansas.

When St. Marys incorporated as an official town in 1869, Alva became the town’s first official mayor. Later he served as the police chief, and on Dec. 18, 1884, he perished in a burning building.

An article published in the St. Marys Star titled Alva Higbee, a Prominent and Highly Respected Citizen, Loses His Life stated, “While the excitement was at its height, and brave and tireless workers we remaking superhuman efforts to subdue the flames and rescue property from its devouring grasp, a … explosion occurred in the store in which the fire originated, and the whole front came crashing to the ground, … covered from sight in the debris was the bravest worker of them all — honest, generous, kind-hearted Alva Higbee!”

Alva and Julia’s daughter, Josephine, married Irishman Thomas Mainey, also spelled Maney. Mainey had moved to the United States in 1861. Before coming to St. Marys in 1863 or 1864, he worked for the quartermasters in Fort Leavenworth. He and Josephine wed on Feb. 23, 1868, in the earliest Catholic cathedral in Kansas. They settled on a farm two miles west of St. Marys for many years before moving the farm to south of the river in Wabaunsee County. After many years of farming, Josephine and Thomas moved to St. Marys to retire.

According to family records, Josephine’s obituary said, in part, “A charity worker in early days, Mrs. Mainey was educated in St. Marys by the Madames of the Sacred Heart, now long departed. She was a woman who had well learned what Christian charity meant in its largest meaning. Her kindly ministrations to the sick in soul and body will long be remembered, and many that are now gathered to their fathers no doubt had reason in their last hours to thank this kindly woman for moments of life made easier by her love in doing the master’s work.”

Higbee records also contain Thomas’ obituary, which said, “A pioneer among pioneers, Thomas Mainey came to St. Marys seventy years ago when the Mission was struggling with its earliest experience and the old Kansas Pacific was still a Lincoln dream.”

Julia and Alva’s daughter Mary Anastasia wed Joseph LaReau in St. Marys on July 25, 1871, and all seven of their children were born around the St. Mary’s Mission in Kansas. In 1896, the family moved to present-day Oklahoma near Wanette.

Lewis Higbee moved to New York at the age of 16. He stayed there for six years before heading to Bertrand, Michigan, where he met and married Carrie Swain. They then moved to St. Marys where they had several of their children. In July of 1893, they settled on his 240-acre allotment on the Potawatomi reservation in Indian Territory near the current border of Pottawatomie and Cleveland counties. There, he established the community originally named Higbee. A few years later, he sold a portion of his allotment to James P. Corbett, and the town changed its name to Corbett, Oklahoma. Lewis also served as deputy sheriff for a few years.

According to Lewis’ obituary, “Mr. Higbee was one of the sturdy pioneers of this part of the state and of Cleveland county.”

Joseph Bertrand Higbee married Jenny K. Fuller and eventually settled in Lexington, Oklahoma. According to family records, they adopted a young girl who sadly passed away at the age of 20 during childbirth. Joseph had a passion for serving his country, and an April 21, 1928, article published by the El Reno Daily Democrat, stated that Joseph became the oldest volunteer from Oklahoma in the U.S. Army during World War I. He served two years at Camp Meigs with the 16th Company, Quartermaster Corps.

Robert Higbee and Ida Swearingen married in Kansas before moving to Indian Territory near Okmulgee in the late 1890s, and they had eight children.

Lucy Higbee wed John Louraine, and the two settled on her allotment near Lexington, Oklahoma. In 1908, she remarried Gates Angel, and she served as a nurse in the Lexington area for many years.

According to the Lexington Leader published on May 26, 1905, the Higbees had a role in bringing telephone lines to the rural areas of CPN’s jurisdiction. “The Canadian river rose while they were stringing up the lines, and one of the Higbees took off his clothes and swam the river to the Rosedale side with a telephone wire, to get it across.”

Higbee family oral traditions indicate Arthur Higbee was the individual who swam across the river, and his efforts caught the attention of Christene Elizabeth Friend. They married two years later, and she later served as the telephone operator.

George Albert Higbee married Lydia Eliza Shoemaker Smith in Oct. 1891, and they spent most of their lives in Indiana. George sought to move away from St. Marys, Kansas, after attending boarding school. Together they had 11 children: Raymond, Luella, Hazel, Francis, Lillian, Marie, Ada, Genevieve, Celia, Alvin and Glenn.

Throughout the last two centuries, the Higbee family has continued to grow and expand, building lives throughout Oklahoma and beyond. During the Great Depression, many Citizen Potawatomi sold their allotments and belongings to seek a new life out West, including numerous Higbee descendants. Today, the family continues the Higbee legacy, serving as teachers, medical professionals, CPN employees, Tribal leaders and more.

The Citizen Potawatomi Nation Cultural Heritage Center provides resources to keep the Tribe’s history safe and accessible for generations to come. One key way the Nation does this is through the CHC’s archives and family interviews. If interested in assisting preservation efforts by providing copies of Citizen Potawatomi family photographs, documents and more, please contact the CHC at 405-878-5830. Schedule interviews online at portal.potawatomi.org. Learn more about the Family Reunion Festival at cpn.news/festival, and find research resources online at potawatomiheritage.com. 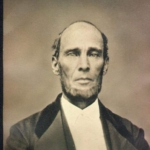