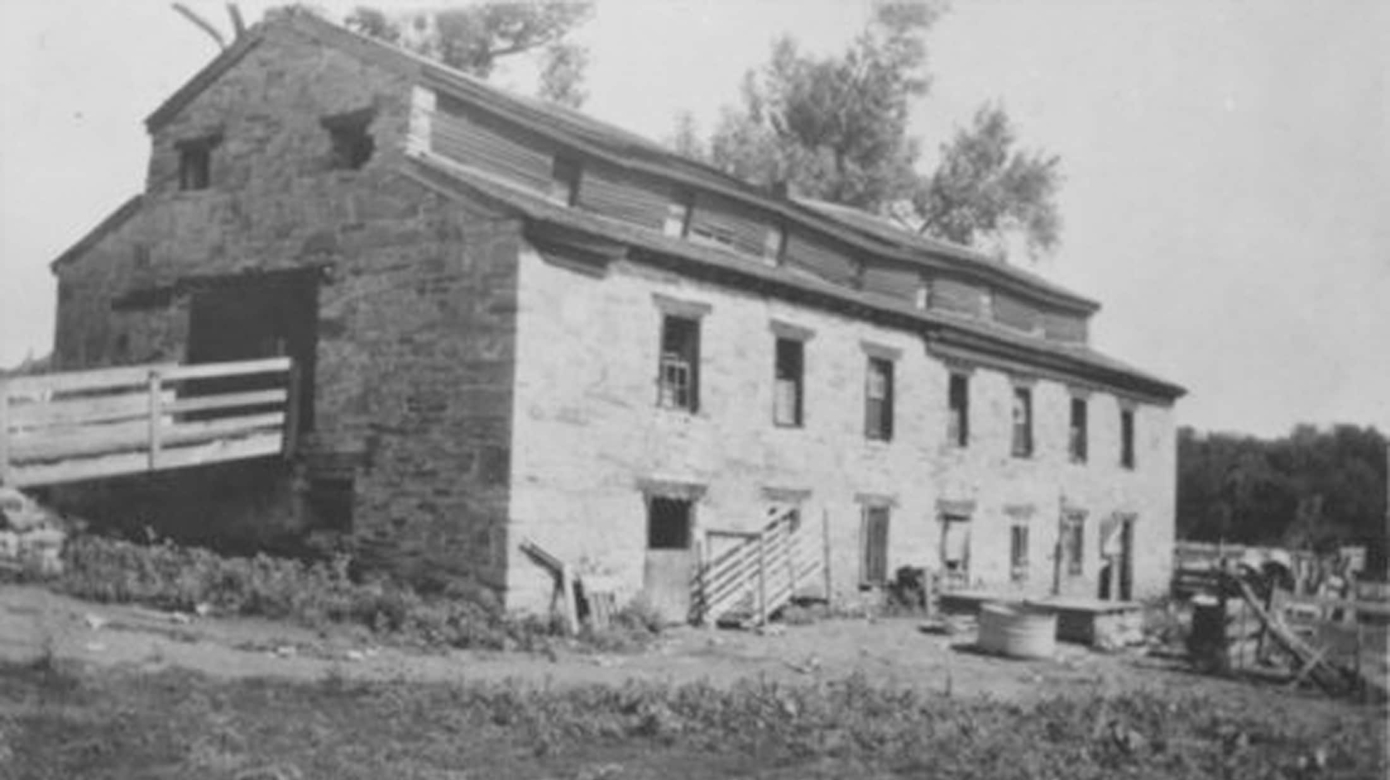 The Baptist Mission remains as a physical connection to the Potawatomi people’s past. (Photo provided by the Kansas Historical Society)

When Citizen Potawatomi Nation District 4 Legislator Jon Boursaw receives a request to share Potawatomi history with others, he rises to the occasion. The Kansas Historical Society’s Director of Museum and Education Division, Mary Madden, recently reached out to Boursaw for consultation and to discuss updating the museum and nearby Baptist Mission. He agreed to help educate others on Citizen Potawatomi Nation’s history tied to the building and surrounding area in a new video exhibit.

“I take pride in letting people know that we were and are here,” Boursaw said. “We’re part of history.”

Built in the mid-1800s and established through the Treaty of 1846, the Pottawatomie Baptist Manual Labor Training School — known today as the Baptist Mission — was a boarding school for Potawatomi, Chippewa and Ottawa children for 13 years. Baptist missionary Isaac McCoy’s niece Elizabeth served as the school’s main instructor. Many Tribal members studied under Isaac in Ft. Wayne, Indiana, and at the Carey Mission near Niles, Michigan, before being forcibly removed to Kansas. He became one of the first to suggest emigrating Native Americans west of the Mississippi and spent time lobbying for a removal act.

“I believe some missionaries that came here that were followers of Isaac McCoy felt that the only way to save the Potawatomi were to isolate them,” Madden explained.

According to the Kansas Historical Society’s Kansapedia, “A child’s early days at the mission was traumatic. Native dress was taken away and replaced with ‘white’ clothing, and Potawatomi names were replaced with Christian ones. Family visits were discouraged because they exposed children to the very way of life the missions were trying to eliminate.”

“It was a very disruptive education,” Madden said. The limited records available do not include the children’s perspectives, which can overlook the true hardships they faced.

The Civil War, non-payments from the Baptist church and the Treaty of 1861 caused the school’s eventual closure, according to the Kansas Historical Quarterly. The building became a barn for horses and other livestock for more than a century. The Kansas Historical Society acquired the land and the mission in the 1970s and began initial excavation and restoration efforts.

“About half of (the building) was taken down, the stones numbered, and put back up. It was restored as it looked originally,” Madden said.

Unfortunately, the Kansas Historical Society found very few artifacts during its excavation efforts, but the graffiti uncovered along several interior walls helps visitors connect with the structure’s past.

“On the second floor in what was the boy’s classroom, you have a red ochre cross — you have the ABCs written on the plaster and some poetry,” which the public can still view today, Madden said.

Boursaw has served as the Kansas Historical Foundation’s treasurer for the past three years, as the foundation raised $7 million toward modernizing the Kansas Museum of History. These funds will help update the main museum and establish an interim exhibit area within the Baptist Mission, including a historical video presentation introduced by Boursaw that details the Potawatomi forced removal on the Trail of Death, ties to the Baptist Mission and northeast Kansas, and more.

“The reopening is another great opportunity to tell our story as part of Shawnee County and Kansas history,” Boursaw wrote in a January 2021 Hownikan column.

While the building’s renovations provide multi-use space for community events and more, maintaining a connection to the Baptist Mission’s origins remains important.

“It’s an ugly piece of American history and I think … the only way we’re going to get better is if we learn,” Madden said.

The Kansas Historical Society plans to unveil the video in the fall of 2021. Find information, including hours of operations, admission and more, at cpn.news/kshs.