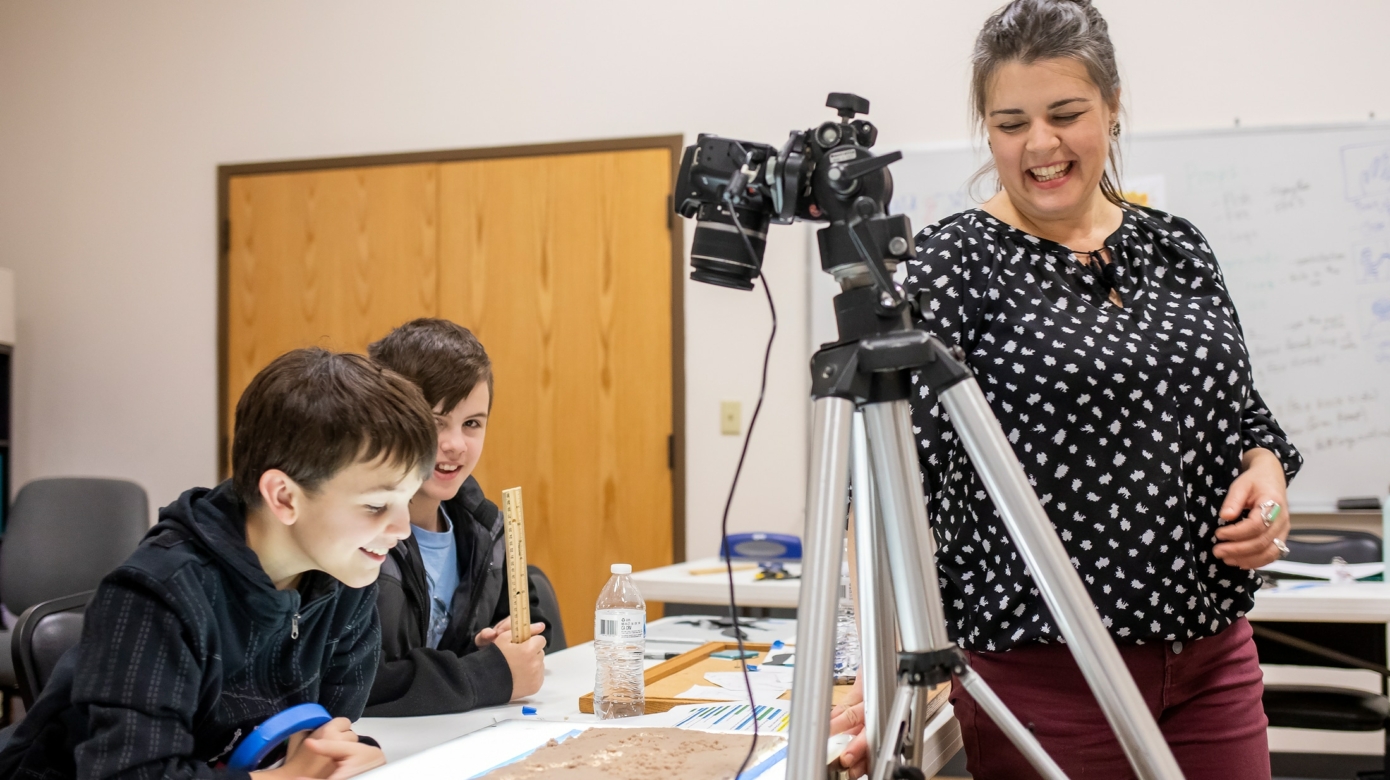 Stop-motion animator Nicole Emmons hit a career milestone in March when Netflix released a new children’s show with a scene she filmed. Waffles and Mochi features the titular characters who travel the world learning about the history and uses of different foods.

“I’ve gotten to work as an animator on a lot of other people’s productions, but to have something that I had such a creative hand in, like as a creative person, that was just really, really thrilling and just kind of made me realize what the possibilities are. And I think it just makes me aim higher,” she said.

The show is full of color and imagination with puppets, fun songs, recipes, and celebrity guest appearances.

Michelle Obama’s Higher Ground Productions created the show in partnership with Netflix. The former First Lady makes an appearance in each episode and teaches children how to cook using healthy, flavorful ingredients while celebrating dishes from different cultures.’

“I always love it when the projects I work on are in line with my values, and … it’s not just the puppets and the animation, but the idea of making healthy food fun for kids is really great,” Emmons said.

She animated a song as part of the episode titled Rice. The character Mochi discovers he is made of ice cream and a traditional Japanese rice cake. The musical number shows the fun of preparing a meal, regardless of making a mess, and highlights rice dishes worldwide.

“It’s not a very long piece, but there’s just a lot that goes into it. And especially on something this big, you want to make sure that you’ve got everything right,” Emmons said.

Comedian and musician Reggie Watts contributed to the scene as well.

“He did vocal and added his own part to that song. So he had a lot to do with it, and I’m a big fan of his. So it was really exciting to get to work on something with his vocal,” she said.

Emmons worked with Higher Ground in March and April 2020 to secure her idea and turned in a final cut at the end of June. She spent a couple of months animating it at her home in Oklahoma City.

“You feel like a magician. I mean, in reality, you’re here at 6 a.m. in your garage, on the ground, you know, and it’s actually really hard to make it look realistic. But when you see the final piece, it always just looks fun and magic,” she said.

To come up with the imagery, Emmons thought through a child’s lens and tried to match how they see and understand the world. She bought more than 10 different kinds of rice at a local grocery store and placed them in jars for a few shots in the piece.

“I was thinking about the idea of like how you kind of get lost in these things as a kid, and you don’t really know what they are. And just kind of the concept of them being lost in grandma’s food jars on the counter and how that would be if you were really tiny and you were kind of navigating through that,” Emmons said.

Mochi’s small stature helped show children’s perspective as well. For feedback from the target audience, Emmons watched the scene with her 6-year-old niece.

In the episode, guest star and musician Common shows Mochi his “family tree” that includes ice cream and rice. Emmons connected with Mochi’s quest to understand his heritage. The Melott, Vieux, Navarre and Lawton family descendant researches her ancestry and Potawatomi culture too.

Mnomen (wild rice) is a staple in Potawatomi cuisine, and Nishnabé people across the Great Lakes region continue to harvest the traditional crop in the late summer and early fall.

“It’s really delicious, and it’s really hardy. And so I’ve been getting a lot more into that. I think this show made me start cooking more as well. So, it’s kind of funny. I think it will have an effect on adults that way because they make it so fun that it’s definitely something that can get different audiences of different ages kind of connected and engaged,” Emmons said.

Besides expanding her knowledge of other cuisines and her desire to explore her culture, the opportunity to animate for Waffles and Mochi brought her art to the biggest audience of her career.

“Just having … normal people thinking my work is funny or getting my jokes and stuff, that was just like really, really satisfying and really thrilling and gave me a lot of hope, like, ‘OK, I don’t have to just make little weird things on my own. I can totally be a part of the bigger picture,’” she said.

Emmons took her first stop-motion animation class in 1993 after a childhood love for Rankin/Bass Christmas specials such as Rudolph the Red-Nosed Reindeer pushed her to study it and puppetry at the California Institute of the Arts. Her most recent work with Higher Ground Productions and Netflix reaffirmed her choices and passion.

“I don’t think I want to change careers or anything,” Emmons said. “I love it. I just want to keep going. I keep learning more about it every production.”