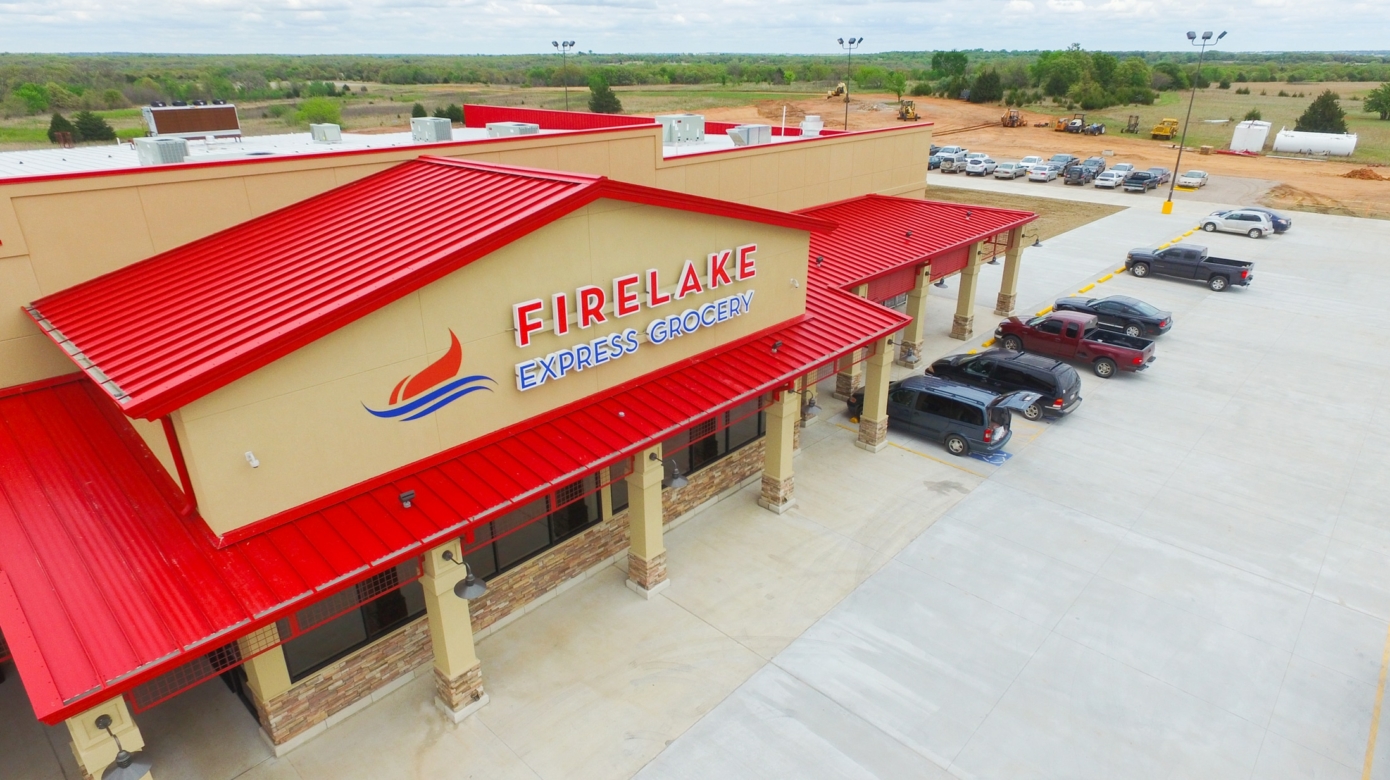 FireLake Foods employees uphold the vision of “being passionately committed to retail excellence, one customer at a time.”

FireLake Discount Foods has remained a community staple since opening its doors in 2001, offering fresh, quality produce, meats and grocery options to the public. With additional locations in McLoud and Tecumseh, the Citizen Potawatomi Nation enterprise currently stands as the largest tribally-owned grocery store in the United States.

“We wouldn’t have been able to grow and do everything that we’ve done — with three grocery stores, two convenience stores — we wouldn’t be able to do that without excellent staff that are dedicated, hardworking and passionate about seeing those stores be successful,” said FireLake Foods Director Richard Driskell. “I can’t say enough about the employees that work for us.”

Driskell has seen FireLake Foods develop from the ground up. He began working for the Nation in 2000 as a buyer, preparing the first store with all the items and equipment needed to open. Three years later, he became FireLake Foods director. His previous work as a bagger, manager and buyer at several Pratts Foods locations helps him successfully lead the enterprise and its nearly 400 employees.

“I, a lot of times, get the glory when the stores are doing well, but the truth is, it’s the people that are on the frontlines doing it day in and day out,” he said. “They’re the true heroes and are the ones that make it happen. I am just lucky to steer the ship.”

Opening the first FireLake Foods location on the corner of Hardesty Road and Gordon Cooper Drive presented numerous obstacles, ranging from finding a wholesaler to helping the public understand the store serves everyone, not just Native Americans or CPN tribal members.

“It took two to three years to really get past all of that,” Driskell explained.

“We started thinking outside the box for other channels that we could get some things to sell,” Driskell said. “And that’s what I mean we I say our employees are resilient and resourceful. We were able to get those things and change really quickly, and I think that’s why we’ve been so successful.”

When the pandemic caused numerous CPN-owned enterprises to close, FireLake Foods provided an opportunity for personnel from across the Nation to continue working.

“We had staff come and help us stock groceries. One of our Tribal attorneys was out on the floor stocking dairy products because he wanted to help. That’s a culture in itself that’s really hard to create,” Driskell said.

“It far exceeded what we were capable of,” Driskell said. “Having other Tribal employees come fill the on-the-go orders made it happen.”

FireLake Foods’ dedication to cleanliness and service during the pandemic helped attract and retain customers from across Oklahoma.

“I can’t tell you how many people reached out and said, ‘I just wanted to tell you that your stores are doing an amazing job,’” Driskell said. “They would come in and see how clean the store was and how well we had it stocked versus other stores, and they knew that it took a lot of effort, time, dedication and long hours to make that happen.”

FireLake Foods diversifies CPN’s investments outside of gaming and entertainment, and has provided strong, solid returns for the past two decades.

“Every year, with the exception of two, this store has had a growth in sales and a growth in overall profitability, which is attributable to our staff,” Driskell said.

To expand on the success and serve more customers, CPN opened FireLake Express Grocery stores in Tecumseh in 2005 and McLoud in 2016.

“It’s the only store in Tecumseh that has a full-fledged meat and produce department, and it has done exceptionally well for a smaller-sized store,” he said.

“Convenience is the name of the game because if it’s not convenient, people rarely want to go out of their way, even if it’s going to be healthier for them. … I think having places in food deserts with fresh fruits, vegetables, some good quality meats, are the keys to helping overcome some of those barriers where people get addicted to chips and fatty foods,” Driskell said.

The next 20 years look bright for FireLake Foods. CPN hopes to continue building on the achievements its grocery enterprise has experienced since 2001 by reaching more communities and customers across its jurisdiction.