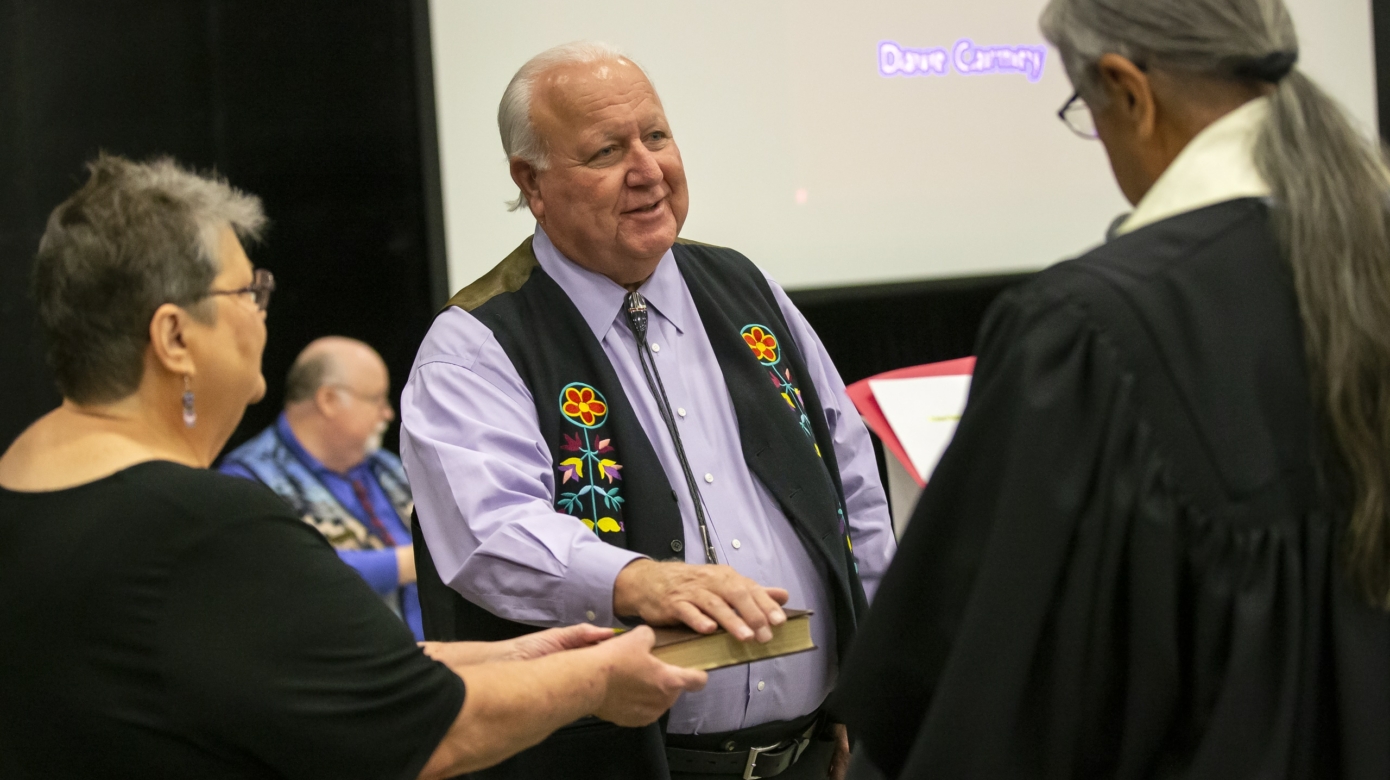 “I am honored to continue my service to the Citizen Potawatomi Nation,” Barrett said. “I will work hand in hand with our talented and experienced leadership team with a new and invigorated sense of pride and accomplishment to continue our momentum as a Nation. My No. 1 goal is to ensure that our people have ever increasing opportunities to improve their lives and the conditions under which they live and work.”

John “Rocky” Barrett has held an elected office with CPN for more than 45 years. He was first elected Vice-Chairman in 1973 and Chairman in 1985. During that time, CPN grew from holding just $550 in cash assets to a statewide economic impact of more than $550 million per year. The Tribe has become the leading economic contributor of Pottawatomie County, employing more than five times the workforce of any other employer. The CPN-owned bank, First National Bank and Trust Co., has doubled in size this year to over $700 million, making it the largest tribally owned bank in the United States.

Barrett formed and helped to write the 2007 Constitutional reform, which expanded the legislative body of the Tribe to include representation for every member of the Nation in eight districts of approximately 2,000 members. To balance the population representation, Oklahoma Potawatomi elect five members of the Tribal Legislature at-large in Oklahoma while the entire national tribal population elects the Chairman, Vice-Chairman, and Secretary/Treasurer from Oklahoma residents. In this manner 2/3 of the Tribe’s people have elected representation while living outside of Oklahoma and 1/3 from inside of Oklahoma.

Also in that manner, the original Oklahoma reservation, as the geographical area of CPN’s strongest legal jurisdiction and the location of most of the Nation’s assets, is preserved while the majority of the population who live outside of Oklahoma retain equal representation. The CPN Constitution was recognized for its unique structure and equitable distribution of governmental power by the Kennedy School of Government at Harvard University and won national honors from the Native Nations Institute, America’s most prestigious think tank for American Indian government and preservation of Tribal Sovereignty.

The CPN Tribal Court System has jurisdiction over every Citizen Potawatomi Tribal member, no matter their location by virtue of their consent upon being enrolled into citizenship. This allows CPN courts to be able to protect citizens regardless of location.

“I am extremely proud to be a part of our government. It is the honor of my life,” Barrett said. “I thank all of you for the opportunity to continue this great era for the Citizen Potawatomi Nation.”

In District 4, incumbent legislator Jon Boursaw captured 213 votes to challenger Elexa Dawson’s 57 votes. Boursaw previously served the Tribe as director of the Cultural Heritage Center and won his first term as CPN Legislator in 2013. Boursaw is a veteran and Kansas native who served 24 years in the Air Force before retiring as a colonel. He is a descendant of the Bourassa and Ogee families. As a legislator, he has been active in the Rossville community and given numerous CPN history presentations throughout Kansas.

In the contest for the open District 1 seat, Jon A. Boursaw received 58 votes, Alan Melot received 101 votes, Kevin Roberts received 57 votes and David Slavin received 77 votes. Candidates Alan Melot and David Slavin will compete in a runoff election due to neither candidate receiving the required 50 percent of votes. The election committee will mail District 1 Tribal members ballot requests to vote by mail. That request must be postmarked by Aug. 5, 2021. The ballots for District 1 must be returned by 10 a.m. on Aug. 25, 2021. The election results will be announced on the Tribal website and social media pages.

Supreme Court judges Robert Coffey and Roy Tucker were also confirmed. The budget was passed with 2,244 votes in favor and 324 votes opposed. 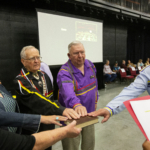 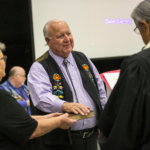