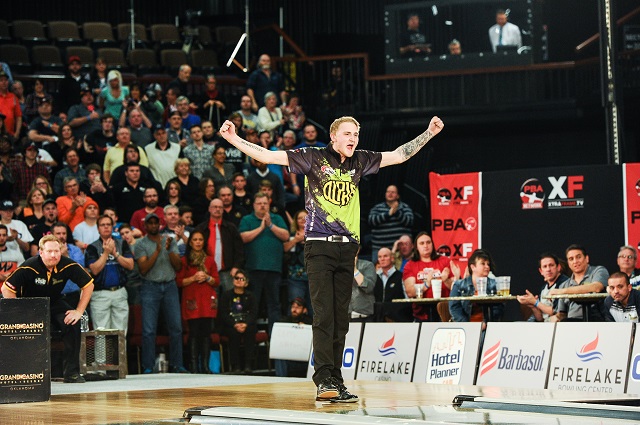 While the temperatures outside may be cool, the action on the lanes inside FireLake Arena will be hot as Sweden’s Jesper Svensson looks to retain his title from the 2016 Tournament of Champions. The event, co-sponsored by the FireLake Bowling Center and FireLake Arena will bring some of the biggest names in bowling for a week of competition to culminate on February 19.

“The FireLake PBA Tournament of Champions is our signature event,” said PBA CEO and Commissioner Tom Clark. “Some of the greatest accomplishments in the history of the sport have happened in this tournament, by the best players to have ever played the game. We know history will be made once again at FireLake Arena, which provides a dynamic platform for the tournament’s climactic moments.”

Tribal enterprises are also set to host a second to-be announced summer event for 2017 following the completion of the PBA-FireLake Tournament of Champions.

The premier event for PBA champions will conclude on Sunday, February 17, with live ESPN coverage of the five-player stepladder finals held inside the 5,000 square foot FireLake Arena outside Shawnee, Oklahoma. A week of preliminary rounds will be conducted right next door at the 24-lane FireLake Bowling Center.

Last year’s pre-Super Bowl timeslot for the FireLake-PBA Tournament of Champions drew nearly one million viewers to the ESPN live broadcast. At that time, the tournament finale was the highest rated PBA telecast of the broadcaster’s 2015-16 season, and was a 17 percent viewer increase over the previous year’s tournament.

Tickets for the final can be purchased online at www.firelakearena.com or by calling the box office at 405-273-1637 or visiting in person at 18145 Old Range Line Road, Shawnee, Oklahoma 74801 from 9 a.m. to 5 p.m. Entrance for the preliminary rounds held the week of February 11-February 17, 2017 can be purchased at the door inside FireLake Bowling Center located at 4095 Hardesty Road, Shawnee, Oklahoma 74801. Follow all the news about the tournament and participants at www.PBA.com.