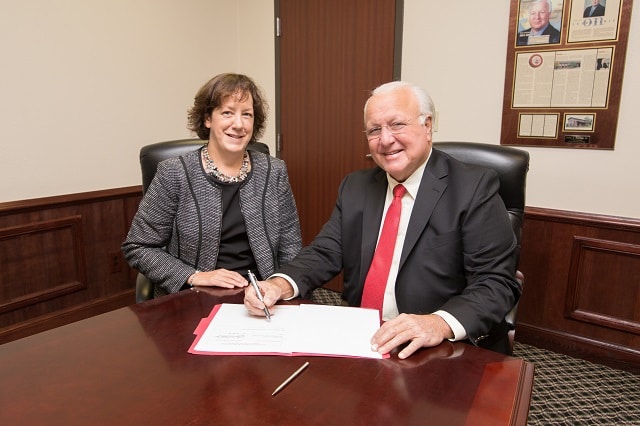 There are 140,000 living Indigenous veterans in the United States today and 31,000 active Native American soldiers. Although tribal members serve in larger numbers than all other ethnicities, there is no place to honor this service nationally.

The United States Congress has authorized the Smithsonian’s National Museum of the American Indian to build a national Native American veterans memorial on the National Mall in Washington D.C. The memorial will be the first to honor Native American, Native Hawaiian and Alaska Native service members.

“This project is important because our visitors coming to the museum don’t really understand the role that Native American veterans have played in our country’s history,” said NMAI Assistant Director of Advancement Elaine Webster. “Indigenous people have served in every conflict since the Revolution, but there is no place on the National Mall to honor their service and this will be that opportunity.”

Congress, while mandating the project, did not give financial support, so the staff at NMAI is relying on private fundraising to make it happen.

CPN contributed $100,000 to the project and will be recognized with a donor plaque at the memorial site and will be given the opportunity to host the banner exhibition. Tribes can get involved by hosting a banner exhibition at their local cultural centers and providing oral histories of Native American veterans. In 2017, Indigenous artists can also participate in the design competition.

“We are in the process of consulting with tribes across the nation and have been doing so for more than one year,” Webster said. “We are going to all regions of the country to determine what should be in the memorial. As we have been doing these community consultations, it has become very clear that this is an opportunity for all tribes to honor their veterans and one of the ways they can do this is by contributing monetarily to the project.”

The proposed project is unique because the memorial will be outside of the museum so visitors can see it anytime, day or night. The National Mall, located in between the U.S. Capitol Building and the Air and Space Museum, gets 24 million visitors per year, making the planned memorial a great addition to the experience many guests seek.

Additional components of this project include programming each Memorial Day and Veteran’s Day, an oral history project, a traveling exhibition and an interactive website to highlight the contributions of Native American veterans throughout history.

The projected completion date is Veteran’s Day 2020. To get involved, make a contribution or sign up to get email updates about the project, visit americanindian.si.edu.