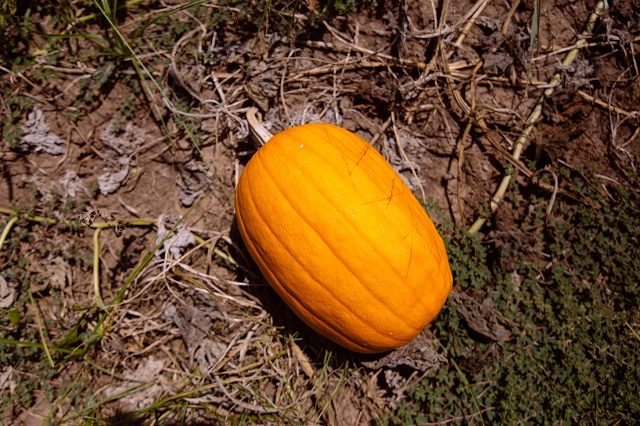 The one-acre CPN community garden produced its first successful spring and summer crop in 2016. After several months of tilling, watering, sweating and weeding, Cultural Heritage Center Director Kelli Mosteller, Ph.D., and Assistant Tribal Historic Preservation Officer Andrew Gourd calculate that 2,000 pounds of produce were harvested and distributed this summer. “This year was very successful,” Mosteller said. “We had a lot of community involvement – not as much as we would ultimately like long-term – but people are just now getting familiar with it. Once people realize this is a project that is sticking around, community members can make it one of their weekly activities with their family. They can sweat for two hours after sitting at their desk all day and give back.”

Preparation and planting for the third fall crop for the community garden began in late August and will continue for the first two weeks of September. Gourd told the Hownikan that they will be focusing on root crops over the next few months and he saved seeds from past onions, garlic, potatoes and winter wheat to grow this fall. Mosteller said that the straw that comes from winter wheat is good ground cover that puts nutrients back into the soil.

The community garden initiative first began with a fall garden in August 2014 on a small plot of land behind FireLake Golf Course. The garden moved to the CPN Eagle Aviary in spring of 2015, but floods in May that year rained out the majority of the crops.

“This was our first spring harvest because last year all of the plants besides okra washed away with three devastating floods back to back to back,” Mosteller recalled.

In addition to the community involvement, Mosteller believes the distribution of the produce has been well-received. Staff who work at the administration building, CPN Cultural Heritage Center and CPN Wellness Center along with tribal elders have enjoyed the harvest. CPN Healthy Heart Coordinator and Dietitian Torie Fuller, MS RD/LD, and her staff have used the crops for cooking demonstrations. The green-striped squash is a favorite among the elders.

“At the elder’s center, as soon as the produce shows up, it’s gone, especially the green-striped squash.

They go crazy over those things,” Gourd – a Seneca-Cayuga Nation tribal member – said. “We will track the distribution more closely next year because this is the first year we have a successful crop. Our first fall, we had 10 varieties of plants so most of that was used by the cooking demonstrations,” Mosteller said.

The produce is reaching CPN elders, even if they aren’t able to help in the garden that much. Participants in the tribal youth programs at FireLodge have worked in the garden several times this summer, but Mosteller believes that younger tribal members could be more involved. Next year, staff would like to incorporate community garden work days and outdoor cooking demonstrations into youth activities that Cultural Education Specialist Lakota Pochedley is planning.

CHC staff hopes to receive grants to fund the expansion of the community garden in the future. For more information, join the Gtegemen: CPN Community Garden Facebook group.