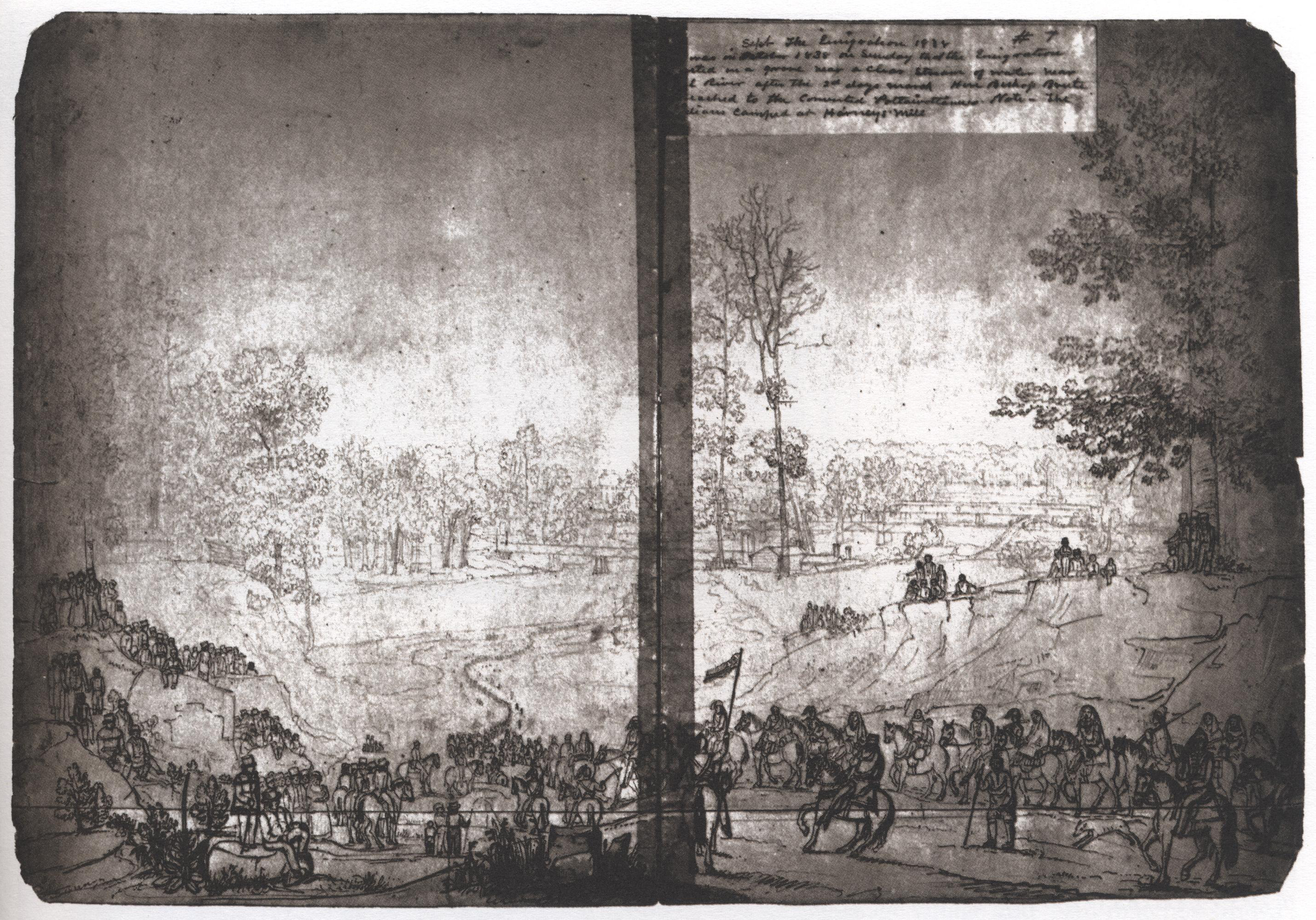 Taking place in the original homelands of what is today known as the Citizen Potawatomi Nation; CPN Tribal Chairman John “Rocky” Barrett was one of the guests of honor at the 41st annual Trail of Courage History Festival taking place on September 17-18 in Rochester, Indiana.

Chairman Barrett was chosen as a representative of his Potawatomi familial lineage to one of the tribe’s founding families, the Peltiers.

During a ceremony on September 17 on the Fulton County Historical Society grounds, Chairman Barrett was presented a key to the City of Rochester. Taking place alongside the Tippecanoe River, approximately the starting destination of the Potawatomi Trail of Death in 1838, the longtime tribal chairman reflected on the people he was there to represent.

“These are incredibly tough people who survived the worst of the atrocities of the Andrew Jackson Indian Removal era. They lived to become the founders of the great Indian nation we are today,” said Chairman Barrett.

Shirley Willard of the Fulton County Historical Society, commented on this year’s event.

“We especially asked John Barrett because 2016 is Indiana’s bicentennial. So we felt it appropriate to honor him as the tribal chairman of the Citizen Potawatomi, many of whom had ancestors on the 1838 Trail of Death. I have worked for over 40 years with the Potawatomi to preserve the history and the memories of the Trail of Death because God put it in my heart to do this.”

It is not the first time a Citizen Potawatomi tribal member has been honored at a Trail of Courage event. In 2014, District 4 Representative Jon Boursaw was amongst the guests of honor at that year’s ceremonies. Boursaw, who has long been active with the Trail of Courage events in the past, including the Trail of Death Caravans which retrace the original route across Indiana, Illinois, Iowa, Missouri and Kansas, was honored as a representative of the Bourassa family. Boursaw is a direct descendent of Daniel Bourassa, who along with his wife and seven children, was amongst those Potawatomi forcibly removed from Indiana to Kansas in the 1838 Trail of Death.

In 1838, the Potawatomi Indians in the state of Indiana were forcibly removed from their ancestral homelands by order of the U.S. government. The 859 Potawatomi who started the journey traveled across Indiana, Illinois, Missouri and finally Kansas before finally arriving at their intended destination. The loss of life, 41 in total, resulted in the removal becoming known as the Potawatomi Trail of Death.

Willard, of the Fulton County Historical Society, worked to secure a full apology from Governor Pence in 2014, commented on the motivation for the 2016 event that included honoring the CPN.

“The forced removal of the American Indians is a black mark on Indiana’s history. The bicentennial commission told me they want it to be celebratory, so we are emphasizing that the Potawatomi survived as a nation, something important to celebrate,” she said.