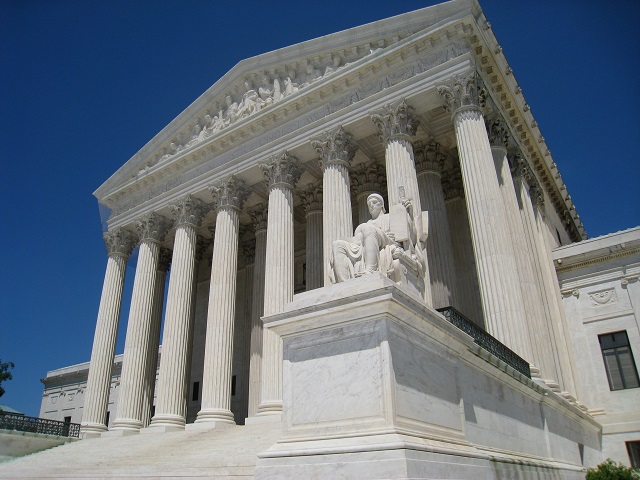 Following a 4-4 decision by the U.S. Supreme Court, the courts of Native American tribal governments will retain their authority to hear lawsuits brought by tribal members against non-tribal enterprises. The case, Dollar General vs. Mississippi Band of Choctaw Indians upholds a decision from the U.S. Fifth Circuit of Appeals affirming the right of the Choctaws’ tribal court to hear a lawsuit brought by a tribal member against the corporation.

The issue stemmed from a series of sexual assaults by a non-Native Dollar General employee on a young tribal member working there. The store, which is on tribal grounds, fell under the jurisdiction of the tribal court and Dollar General was named as a defendant through vicarious liability.

As noted in an in-depth piece in Indian Country Today Media Network, though the U.S. attorney in Mississippi has jurisdiction on Indian reservation crimes, they declined to press charges against Townsend. The family of the alleged victim sued the attacker and corporation for actual and punitive damages in tribal court. The corporation attempted to have the $2.5 million suit dismissed, claiming the tribal court did not have jurisdiction in the case. This stance stood in contrast to the contract signed between the tribe and Dollar General which bound the store to the jurisdiction of tribal court.

The attorney general’s brief argued that, “the non-member, even after they have hired an attorney, will be walking into a tribal court with none of the jurisprudential certainty that they would have in state or federal court, unaware of the elements of the claims they are defending against, and unaware of what defenses might be available to them.”

Oklahoma tribes including the Chickasaw, Choctaw, Cherokee, Muscogee Creek and Seminole nations filed their own briefs in support of the Mississippi Choctaw court system.

Despite the 4-4 decision, which affirms the lower courts’ findings, Attorney General Pruitt told The Journal Record newspaper that the result would not impact Oklahoma because the case was heard in the U.S. Fifth Circuit Court. Oklahoma falls under the jurisdiction of the 10th Circuit Court.

“It’s unfortunate the court wasn’t able to provide more clarity on the important issues in the case, but our primary objective was in ensuring that the 5th Circuit’s incorrect ruling was not given effect in Oklahoma, and we achieved that end,” Pruitt said.

Though the ruling does not set a firm national standard, a defeat for the Mississippi Choctaws at the Supreme Court could have had a negative impact on tribal courts’ abilities to exercise their jurisdiction in civil cases over nonmembers. In this instance, the victim’s family sued Dollar General for monetary damages in tribal court, and the corporation unsuccessfully argued that the tribal court could not exercise jurisdiction over it.