More than 3,000 Citizen Potawatomi travelled to Shawnee, Oklahoma for the annual Festival, a slightly lower number than usual, due in part to many tribal members choosing to attend the Gathering of Potawatomi Nations which took place at CPN in late July.

As always, tribal activities, both art contests and sporting, took place amidst a flurry of food, family and festivities.

Friday evening, the moves were more strategic in nature as the chess, checkers and dominoes competitions kicked off. Bud Jeffrey took first place in chess, while Eddie Moore finished as the eventual champion of the checkers competition. Justin Arbgast took the top spot in dominoes.

The art competitions had heavy participation as always, with winners in the following divisions:

In a testament early morning exercise, Thomas Nickou and Melania Nickou won the annual 5k event in the male and female divisions. The adult basketball competition went to the Peltier Team 3 made up of David Fuqua, Logan Hubble and Jordan Fuqua. In the softball tournament Team Buckmasters took the title after a close game against Old School.

At the annual general council meeting, District 9 Representative Paul Wesselhöft and District 12 Representative Paul Schmidlkofer were both sworn in for four-year terms after facing no opposition in the tribal elections. Jennifer Lamirand, an attorney at Crowe and Dunleavy and a tribal member, was sworn in as CPN’s newest supreme court justice. The annual budget was approved with 1,103 for and 51 against. 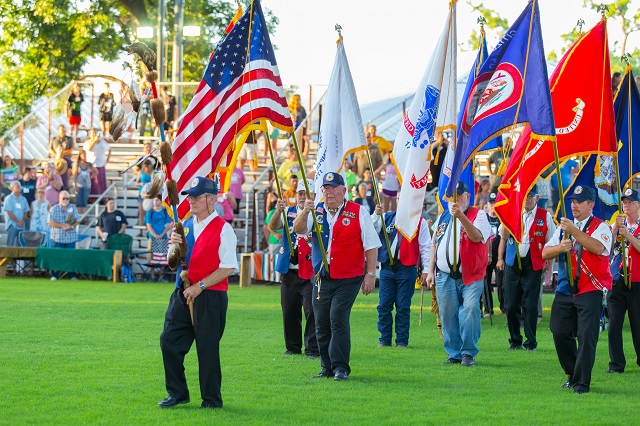 On Saturday evening, dancers from across the Nation converged on the Citizen Potawatomi Nation Powwow Arena for the Gourd Dance, Grand Entry and competitive dance competitions. Leading the way into the arena for Grand Entry was the CPN Veterans Organization Color Guard, followed by the elected legislature and honored families. Honored families this year were Clardy, Frapp, Kahdot, Juneau, Pappan, Crumbo and Muller.

On Sunday morning, the arena is transformed into an open-air volleyball court, with the Moore Family taking first place in the tournament.

As always, the Festival 2017 is tentatively planned to take place the final weekend of June. The honored families will be Bourassa, Burnett, Melot, Navarre, Peltier, Wamego, Willmet and Vieux.