Collard receives Friend of the Court Award at 2016 Sovereignty Symposium 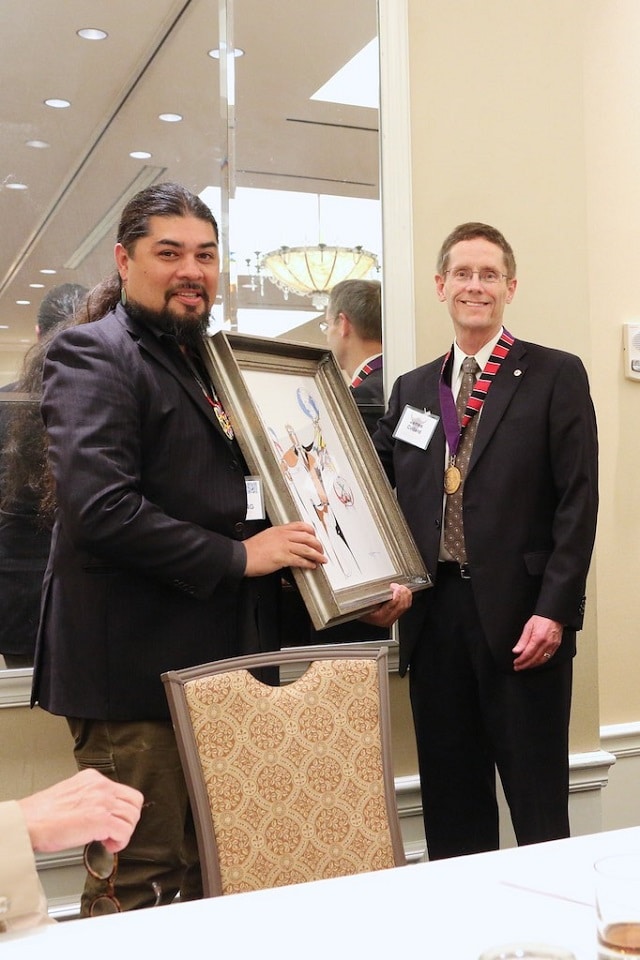 For several years, tribal Economic Development Director James C. Collard, Ph.D. has led discussion panels at the annual Sovereignty Symposium. Though not Native American, Collard has long been an advocate for economic development in Indian Country, and his panel discussions with high profile speakers are some of the best-attended events at the symposium. This year’s panel included U.S. Assistant Secretary of Commerce for Economic Development Jay Williams, Oklahoma Secretary of State Chris Benge and former congressman and current president of corporate development at the Chickasaw Nation, Dan Boren.

Hosted by the Oklahoma Supreme Court “to provide a forum in which ideas concerning common legal issues can be exchanged in a scholarly, non-adversarial environment,” the symposium’s organizers honored Collard at the 2016 event with its Friend of the Court Award.

The award is presented to an individual who is not a lawyer, but who has staunchly supported the efforts and principles demonstrated at the Sovereignty Symposium.

“It was quite an honor to receive this award,” said Collard. “I believe in the mission of gathering great minds in Oklahoma to address the challenges and opportunities impacting our Native nations, so to be recognized is humbling.”

Collard holds a Ph.D. in Political Science from the University of Missouri – St. Louis, as well as a Master of Public Administration Degree from the University of Oklahoma. He currently serves as the director of planning and economic development for the Citizen Potawatomi Nation and is a past board member for the Oklahoma State Chamber of Commerce. He is also a member of the CPN Community Development Corporation Small Loan Review Committee as well as the chief of the Citizen Potawatomi Nation Tribal Police Department.

Most recently, he was appointed to the International Economic Development Council Board of Directors. Along with his work in economic development, Collard teaches regional and urban planning as an adjunct professor at the University of Oklahoma.