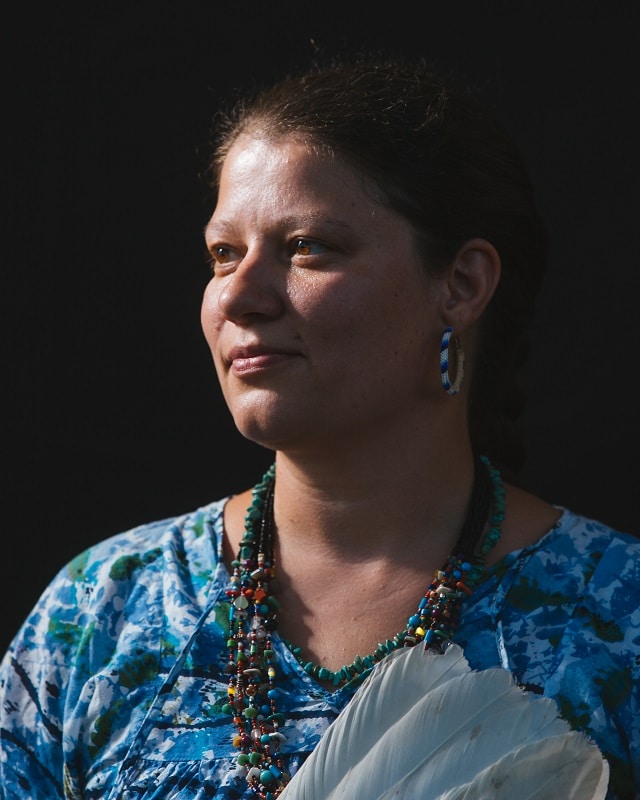 The Flint Hills of Kansas are home to a folk band called The Skirts, which is led on vocals and rhythm guitar by tribal member and Ogee family descendent Elexa Dawson. This year her band released their debut full-length album titled, “Many Moons.” As the lead singer and songwriter for the whole album, Dawson has let her Native roots inspire the project in many ways.

Dawson grew up in Chandler, Oklahoma and has been performing since the age of five. Dawson attributes her musical interests to her grandparents. All of the songs on the album are originally written and sung by Dawson.

Her Potawatomi heritage stands out the most in one song in particular, a song inspired by her great-grandmother Edith Martin Roberts, who attended Chilocco Indian School.

In the lyrics, she uses the Potawatomi word chemokman, meaning “white man.” The word is a reference to the assimilation and Christianization of the children who attended the boarding school.

“I didn’t grow up listening to traditional Native American music, but my interest has grown since I’ve got older,” said Dawson. “At the end of ‘Chilocco’ is a traditional chant I learned from a Native women’s drum group. The chant signifies hopefulness in being a strong woman and I wanted that to be an honor to my great-grandmother.”

Dawson’s band has been together for seven years and is booked nearly every weekend during the summer playing live shows around the state. The band members are all friends and played several years just for fun before deciding to make something more official of their jam sessions.

“We consider ourselves a folk type band that borders on bluegrass,” said Dawson. “There is every kind of instrument you can think of on this album from upright bass and mandolin to banjo and fiddle.”

“Many Moons” was recorded in Lawrence, Kansas, earlier this year by Mike West at the “9th Ward Pickin’ Parlor.” Those interested in learning more information about the band or wish to purchase their album please visit www.cdbaby.com/cd/theskirts1.