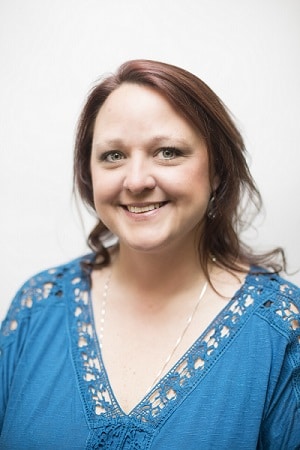 In recent years, rightwing groups like the Goldwater Institute have made a concerted effort to repeal the Indian Child Welfare Act. Opponents claim the 1978 law, which aims to keep foster children of Native American descent in tribal families and communities, is racist. Those playing the race card appear angrier that the law prioritizes rights of Native families over those who are not. ICWA’s focus on tribal sovereignty in determining a Native child’s placement – with tribal families and communities – is a vital component of tribal sovereignty and recognition of tribes’ nation-to-nation relationship with the United States.

Despite highly publicized, poorly researched news reports which grab the headlines about the ICWA, staff members of the CPN Indian Child Welfare Department continue to use the law to protect the wellbeing and interests of tribal children. In that work, the staff regularly works with families in need of counseling and support just to stay together. Whether from neglect, abuse or just an absence of basic necessities, the ICW staff often works with Native American families dealing with extremely trying circumstances. While the ultimate goal is to keep the family together, the ICW staff remains dedicated to protecting the wellbeing of the native children they serve.

Knowing how volatile these situations can be, Director Janet Draper prides herself on hiring staff that can handle tense situations with professionalism and empathy. To her, a calm and understanding first impression with the department is vital to getting things off on the right foot.

“We don’t have time to micromanage, so I hire people who can deal with stressful situations on their own. The person families first meet has to be capable of calming someone down so that our case workers can get to assisting them,” explained Draper.

One of the first voices ICW clients hear is that of Angela Redding, an intake specialist for the department and the CPN Tribal Court.

Redding is a graduate of Tecumseh High School and has attended Gordon Cooper Technology Center and Seminole State College. She recently returned to the area where she grew up after 15 years living in Arkansas. She’d previously worked in the financial lending sector before learning about the opening at CPN.

“I applied at CPN because they are the biggest employer in the area and I had just moved back to my hometown,” she explained.

She began working at the tribe in November 2015 as a receptionist for the ICW Department and CPN Tribal Court, but after a short interim period, was promoted to the ICW Intake Specialist.

Draper, who has a small, but long-tenured core of ICW staff, said that Redding’s job interview was a good indicator to what an asset she would become with ICW.

“During the short time of the interview I felt she would be a good fit in this fast paced department,” said Draper. “She is now completing all of the ICW intakes which help tremendously as it is time consuming. That and her ability to calm down people who are upset are integral to our work.”

With vitally important issues like child custody and guardianship rights on the line, the job can be stressful. Yet her ability to diffuse contentious circumstances has proven greatly beneficial to the Citizen Potawatomi who must interact with the ICW department. Redding admits that one of the biggest challenges she faces is reading the reports of what many children the department interacts with have had to endure.

Yet those pressures are often offset by the positive outcomes that staff members’ witness.

“It’s very rewarding to know that in the end, the children will be cared for properly. It helps that I love all my coworkers and our director Janet Draper. She’s the best supervisor I have ever had,” she said.

When out of the office, Redding enjoys being outdoors, going on camping, fishing and float trips. A single mom, Redding’s days are often taken up getting her nearly 14 year old son to his sporting and school events.

To learn more about the services and work of staff members like Angela Redding at the CPN Indian Child Welfare Department, visit http://cpn.news/ICWHome.