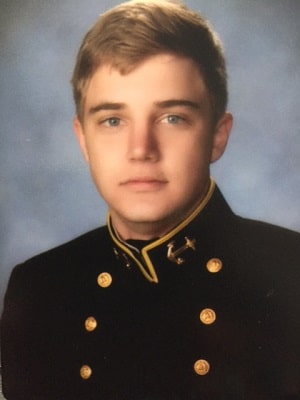 Across the country, tribal members of the Citizen Potawatomi Nation will walk across stages and receive their diplomas to conclude the 2016 academic year. Among the dozens of graduates concluding their undergraduate studies this academic year are two Citizen Potawatomi at the U.S. Naval Academy. Caleb Anderson and Whitney Heer are both Oklahoma natives and will be among the graduates honored at the Navy Marine Corps Ceremonial Stadium on May 27, 2016. The Hownikan spoke to the Anderson, a Trombla family descendent, and Heer, a Toupin family descendent about their experiences at the Naval Academy and their plans for the future.

Why did you decide to pursue a degree at the U.S. Naval Academy and the ensuing term of service after graduation?

Heer: “I have wanted to be a pilot since I was eight years old and I also wanted to serve in the military. The Naval Academy offered me both of those opportunities as well as a college education.”

Anderson: “As far back as I can remember I have had a passion for serving my country. While visiting my uncle one summer, he took me to the United States Naval Academy in Annapolis, Maryland, and my goal from that moment on was to one day attend school there. The ability to serve and attain my college degree was an opportunity I would work hard for. I saw it as a chance to experience the best of both worlds and achieve my dream.”

Looking back at your time at the academy, what’s something that sticks out in your mind that you know now, or have experienced, that you didn’t think of when you began as a midshipman? 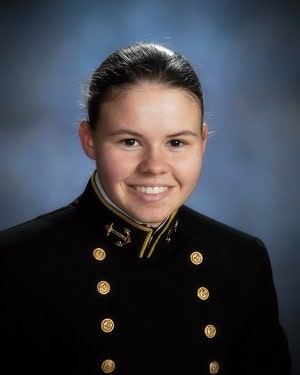 Anderson: “It still surprises me how far-reaching and powerful determination can be. When you set your mind to something and pursue it with everything in you, you can make things happen. I heard all of the reasons I would never be accepted in to the academy ringing in my ears with every step I took to attain the coveted letter of acceptance. I am still both humbled and thankful to have had this opportunity. While academy life is exhausting physically and mentally, I won’t take for granted the opportunity I have been given. The brotherhood and lifelong friendships that have been formed over the last four years are something I will forever be grateful for; they bring the awareness that we are all a very small part of a much bigger purpose.”

Heer: “Your overall level of happiness is often what you make it. If you wake up and decide that you are unhappy, nothing will make you happy. If you get angry at small things that you cannot change, you will continue to be angry until you decide that you are happy.”

Upon your graduation what will you be doing or where might you be deployed?

Heer: “Pensacola, Florida, for pilot training. I have wanted to be a pilot since I was eight years old. That was when I got my first airplane ride at OU Sooner Flight Academy. Since then I have loved everything about flying and can’t wait until it is something I get to do every day.”

Anderson: “Upon graduation, I will move to Pensacola for flight school. My intention was always to be a Navy pilot, but after much thought and research, I decided that for me, Naval Flight Officer was the road I wanted to take for my naval career. I am excited to begin this next chapter and look forward to what lies ahead.”