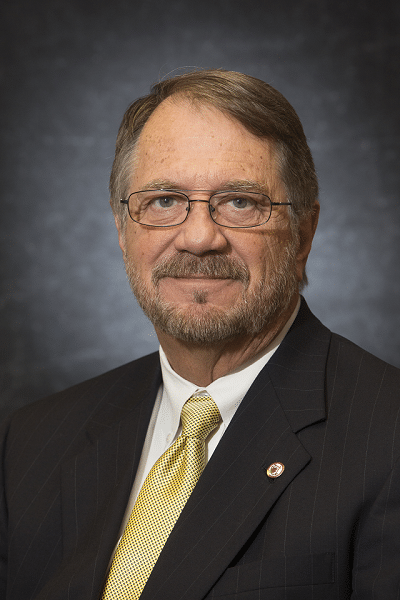 In the aftermath of the Great Recession, loans of all kinds became increasingly difficult to secure. Access to credit, especially for first time business owners and entrepreneurs, narrowed because of the owner’s credit worthiness rather than their potential for success. According to a report released by Intuit, 83 percent of businesses with less than 11 employees relied on the owner’s credit history to apply for a loan.

For Native Americans interested in starting or expanding a small business, there are opportunities available via the Citizen Potawatomi Community Development Corporation. Through its commercial lending and business counseling services, the CPCDC can assist Native American-owned small businesses in areas where more traditional lending institutions would not. Staffed with personnel who have a wealth of finance and small business experience like Senior Commercial Lender/COO Bob Crothers, the CPCDC has an established track record of providing its customers and clients with lending opportunities and business planning guidance.

Crothers is familiar face in Shawnee, Oklahoma, having graduated high school there. In 1970, he went into business for himself, owning two small drive-in restaurants before opening three of Shawnee’s most famous export: Sonic Drive Ins, in central Arkansas. He eventually sold his stake in those before moving into the hospital food service industry in Little Rock.

Upon returning to Shawnee, he added real estate development to his repertoire, working for his father’s well-known realty company while he continued restaurant developments. In 1984, along with partners, he purchased a closed theater called the Old Saw Mill Opry in Branson, Missouri, as the town grew into a yearround regional holiday destination. After two successful years, Crothers sold the Old Sawmill Opry to a group from Oklahoma who wanted a venue for a Christian Music Show. Returning to Oklahoma, Crothers worked in real estate, until opening his own mortgage banking operation, in 1999. The company, American Resource Mortgage, became one of the primary home mortgage providers for many community banks. In 2001 it became the eastern Oklahoma mortgage provider for Local Oklahoma Bank. Crothers sold the company in 2005 to a banking organization and remained as division president until 2008. At that point, he’d assumed he was retired.

“After six months I was crawling the walls. My wife still worked, my kids were all grown and you can’t play golf five days a week because your buddies are all still working. So I came to work here (at the CPCDC) as a commercial lender,” said Crothers. “I was going to stay a year. That was eight years ago.”

The addition of Crothers and other financial professionals has benefitted the institution. By Crothers’ estimates, the organization’s capital base has grown from around $8.5 million when he began to approximately $40 million in 2016. In terms of loans, it has issued approximately $25-26 million, with roughly $26 million in available capital.

That growth has been accompanied by an expansion of businesses and customers to provide financial tools to. In November 2015, the CPCDC secured its largest amount of funding in more than 10 years with a $16 million bond issue from the U.S. Treasury Department’s Community Development Financial Institution Bond Guarantee Program. That bond put the organization’s total financing capital at $41.3 million, exceeding the combined total for the years 2003-2014.

While the organization’s success is evident when looking at the numbers, the staff remain most proud of their ability to both grow and continue the CPCDC’s original mission of providing financing to small businesses and improving the commercial investment climate in Indian Country.

A more stringent regulatory framework implemented in the years since the 2008 financial crisis forced many lenders to hold a higher capital amount before even considering underwriting a loan. Banks that once specialized in small business loans have reigned in lending and have continued to do so despite an improving economic climate.

“My last year at the bank was during the Great Recession, our primary objective was how to tell you ‘no’ without losing your business. It was not that we didn’t want to make loans; it was simply that everybody was too afraid to make them. When I came here, the reverse was the case,” said Crothers.

Under the guidance of Director Shane Jett, the CPCDC has doubled down on its focus on economic development in Indian Country through small business loans ahead of an outright pursuit of profits. Where more traditional commercial lenders are cutting back, the CPCDC invests both time and capital in its customers’ success, despite the challenges.

“It costs just as much to make a $10,000 loan as it does to make a $300,000 loan in terms of hard costs,” explained Crothers. “We may never make a penny on a $10,000 loan, but our focus remains to help small businesses owned by CPN tribal members and Natives of all tribes.”

Crothers said he and his fellow CPCDC financial professionals’ goal is to try to find a way to provide loan capital while also offering services that a regular bank would be unable to offer.

“We can make loans to start-ups, up to 80-90 percent if it’s warranted,” he said. “We can also hold alternative forms of collateral – collateral that a traditional banker could not consider.”

Some of the more interesting forms of collateral that the CPCDC has accepted in his time include cattle, rare historical items and horticultural products. The CPCDC can also accept hypothecated collateral, which given the risk involved, many formal lending institutions would steer clear of.

“Say for instance you are $20,000 short of the collateral needed for the equipment you’ll need for your new business. If your dad has a truck worth $30,000 for example, he can hypothecate – or pledge it – as collateral and we can accept that to help cover our loan.”

Crothers recalled that when he was just starting out in business, someone told him “in a bank, you can always borrow money if you don’t really need it.”

“What I always thought to myself when I heard that was ‘well if I had the money, why would I be coming to you for a loan?’ Here we accept the fact that our customers are coming to us because they don’t have the money or because they are a start-up or have the experience,” he said.

In this vein the lenders at the CPCDC have another advantage; offering logistical support and business planning advice as terms of a loan.

“We may look at your business plan and say ‘hey this is great, but you lack some training – like balancing the books – that you’ll need to succeed.’ Well we can suggest they take a business training course at Gordon Cooper Technology Center and once you pass, we’ll issue the loan. A bank can’t do that.”

With professionals who have cut their teeth in a variety of commercial endeavors in the public and private sectors, the CPCDC also offers technical assistance. The investment in CPCDC time and resources does come with a caveat; close oversight of the business’ health.

“We want to see everything, from your books to your pay stubs. It might even include us camping out at your store to see how your staff handles customers. What any business person will tell you is that as many sets of eyes that you can get on a problem, the better off you’ll be. Most of our clients love it.”

The HEARTH Act changes the game

Because tribal lands are held in trust by the federal governments, holders of mortgages are unable to place a lien against any property on tribal land. The absence of a lien on the property disincentivizes lenders from issuing a mortgage. In order to rectify this, the U.S. government allowed the Secretary of the Interior to approve leases of tribal trust land with liens, but the approval process could take up to two years.

The HEARTH Act streamlined the process, allowing tribal governments to decide on such agreements without Washington D.C.’s oversight. Under the act, a lease can be put on a piece of property, which can then be turned into a lease-hold mortgage.

CPN’s signing in 2013 has heralded the start of one business, BDC Gun Room, while the development of Iron Horse Industrial Park looks to exponentially grow this development. As a leading financial player in commercial development in Indian Country, the CPCDC is well placed to benefit.

“It breaks new ground for other tribes too,” Crothers explained. “We’ll be the first tribe to use lease-hold mortgages to secure federally backed money in a loan format.”

Lease-hold mortgages are different from a traditional secured mortgage that one might take out on a home or commercial property. In a traditional real estate mortgage, the owner pledges the property as a guarantee that if they are unable to pay, the holder of the mortgage can foreclose and sell the property to make up for the loss from the original loan. Under a lease-hold equity mortgage, the lender lends to an individual or company that is leasing property from the tribe. If forced to foreclose due to non-payment, the lender would still have a right to use the property for further investment for the term of the lease, which is set at a maximum of 25 years for tribal governments.

“When the lease is up, the tribe gets that land back, including any improvements that have accrued to that land. The lender on the other hand, has adequate time and ownership of the property to recover its loan,” said Crothers.

The precedent for such leases in Indian Country comes from the practices of the Agua Caliente Band of Cahuilla Indians, who are major property owners in the city of Palm Springs, California.

The CPCDC’s secondary goal is to foster similar opportunities for fellow tribes, the best example of has been to help secure financing for the Seminole Nation’s Grisso Mansion. Ultimately the CPCDC will continue to serve as an instrument to further the development of Indian Country, a goal too often neglected by federal, state and local authorities.

“Here it’s so much more than just making small business loans though,” concluded Crothers. “We get to work with a tribal organization that’s a major corporation and we’re doing things that are cutting edge and breaking new ground. It’s a matter of tribes becoming more sophisticated in their financial dealings, and stepping into the 21st century as financially sovereign entities.”

Established in 2003, the Citizen Potawatomi Community Development Corporation provides financial products and counseling services to the Citizen Potawatomi Nation members and employees nationwide as well as Native American-owned businesses throughout Oklahoma. If you would like to learn more about their services, please visit www.CPCDC.org or call (405) 878-4697.