Residents living in and around the City of McLoud will make a shorter trip the next time they want to buy groceries. As of April 25, those long hauls will be a thing of the past as FireLake Express Grocery officially opens its doors for business. The store is an enterprise of the Citizen Potawatomi Nation, whose tribal jurisdiction includes much of Pottawatomie County. 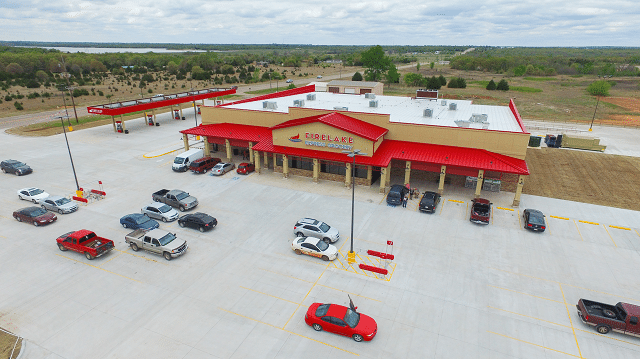 “Northwest Pottawatomie County has a growing population and we believe that we can add value by saving our customers that live in that area time and money on fuel and all of their grocery needs,” said FireLake Director Richard Driskell. “As time goes by, you will notice fuel and grocery prices will go down in the McLoud area due to us keeping everyone more competitive.”

Located just north of Interstate 40 on the northeast corner of Westech and McLoud roads, FireLake Express McLoud will be the closest grocery store for the residents of the city and nearby communities like Dale, Bethel Acres, Harrah and Newalla.

“The Nation is very excited for our newest enterprise, FireLake Express Grocery McCloud, to offer services to the city. It’ll be the first time since the late 1960s when Cycle Groceries closed that they’ve had a grocery store here,” noted CPN Vice-Chairman Linda Capps.

FireLake Express Grocery McLoud is open seven days a week, 24 hours a day and employs 20 full time and 77 part time staff. It has a full service bakery and a deli serving Charley Biggs Chicken. The store will also include a smoke shop with a drive thru window, a beer cave as well as 10 automobile fueling stations offering 100 percent gasoline, 10 percent ethanol, super unleaded and diesel.

It is the third FireLake grocery store following the successful FireLake Discount Foods, located just south of Shawnee, Oklahoma, and FireLake Express Grocery Tecumseh. For the longtime grocery and travel stop director, the opening of a store for customers was a long time coming.

“Opening day is very exciting and nerve wracking because we want a store to be perfect when we open,” said Driskell, who has overseen all three grocery openings in his long tenure with the tribe. “We are always excited about opening a new store where we have put a lot of hard work and time into it.”