People often set goals to eat healthier, exercise more or lose weight through time at the gym or with a fitness trainer. One Citizen Potawatomi had a different goal in mind when he began his own training regimen a few months ago. The first test of its efficacy will be on display in front of thousands of spectators inside “The Pit” at the University of New Mexico at the end of April.

The Gathering of Nations Powwow in Albuquerque, New Mexico is one of the premier events on the powwow circuit, with more than 3,000 singers and dancers from more than 500 North American tribes present. Its late April date kicks off the summer powwow season. Tribal member and current CPN Powwow Arena Director Coby Lehman will be amongst those competing at the 2016 event. 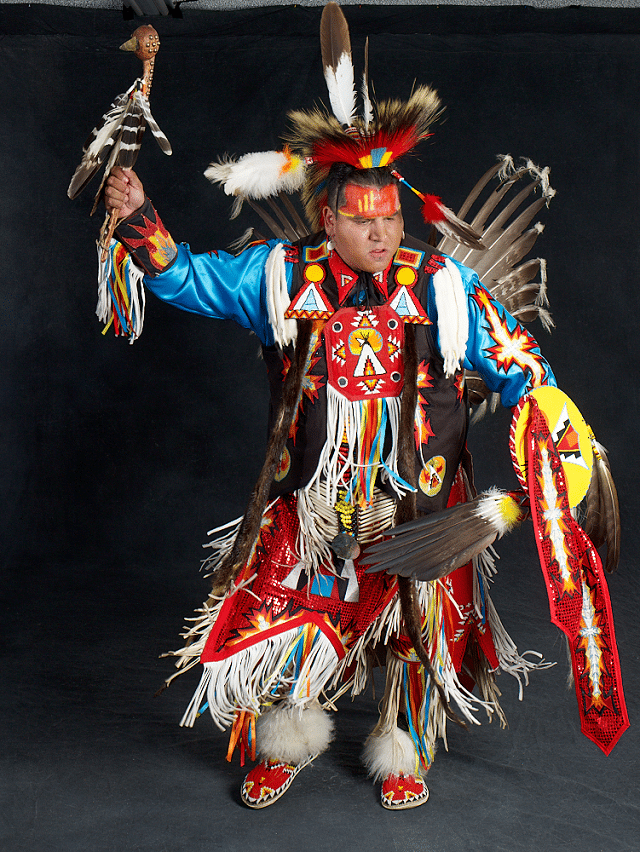 Lehman, who is a tribal cultural activities coordinator for the FireLodge Youth Program, a former world renowned dancer and a top finisher in competitions around North America.He was also a regular winner of the tribal powwow held during the CPN Family Reunion Festival before stepping aside to take over arena director duties. While he hasn’t danced much in recent years, Lehman explained that he is not coming out of retirement, but rather returning after a stint focusing more on his family.

“My daughter has been in softball, and that takes up almost every weekend in the summer time,” he explained. “That takes away from powwows for me, because she’s a priority. I also wanted to get back into shape after taking some time off and it’s definitely exercise.”

His years on the powwow circuit dancing in exhibitions around the world during his 20s give Lehman plenty of perspective on what it will take to step back into such a competitive environment.

“Gathering of Nations is where everybody goes, where the top dancers and singers are from Canada, the U.S. and Mexico. It’s just that competitive drive in me, it’s still there. I’m 38 now, and right now in the best shape that I’ve been since I was in my 20s, so I wanted this to be my last go around to see if I still got it,” he said.

Lehman will be entering what he jokingly calls “the old man’s” competition for ages 35-50. He will be dancing Northern Traditional and will be displaying new regalia. Where others might want to take smaller steps back into such a highly competitive environment, the Asher, Oklahoma-native explained that he knows full well what he is getting into at the Gathering of Nations in New Mexico.

“I want to go down there and compete with the best, one more time.”

To learn more about the Gathering of Nations in New Mexico, visit http://www.gatheringofnations.com/.