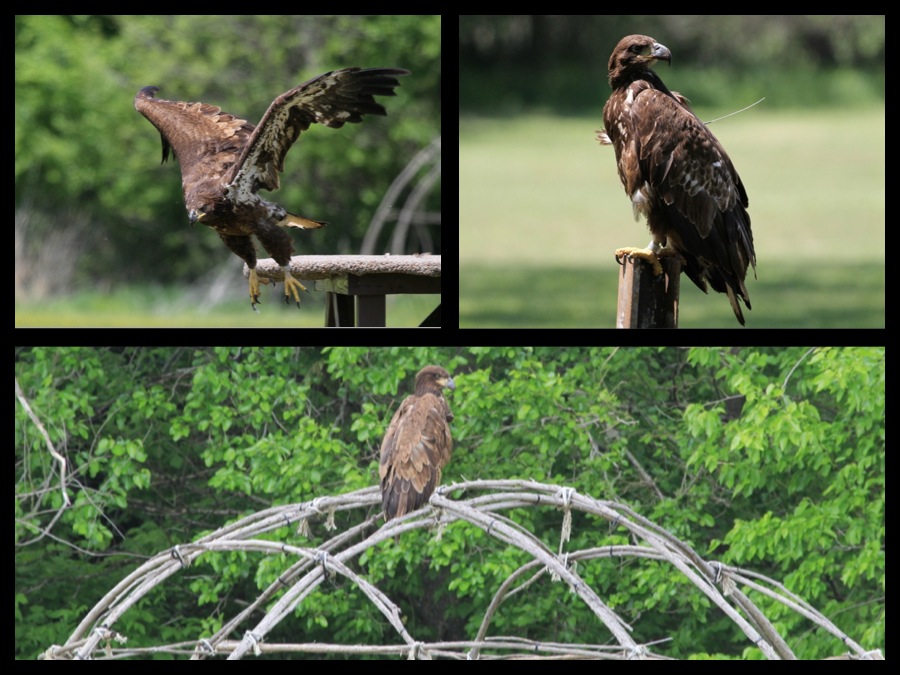 There’s a day in April that is highlighted in bright yellow on the aviary’s calendar. It was marked not as reminder, but as a countdown to celebrate yet another milestone for Wadasé Zhabwé. On April 16, 2016, 1,095 days will have passed to mark three years since Wadasé’s release. She has surpassed all expectations as we continue to learn valuable information from the telemetry she still wears. Experts in the field continue to marvel at the incredible amount of data gathered and her continued progress. With flights reaching heights above 9,000 ft. or 1.7 miles and speeds over 65 mph, it is safe to say Wadasé has mastered the sky. She is able to carry our prayers to the Creator, Mamo-Gosnan, and for that we are grateful and honored to continue to share her story. 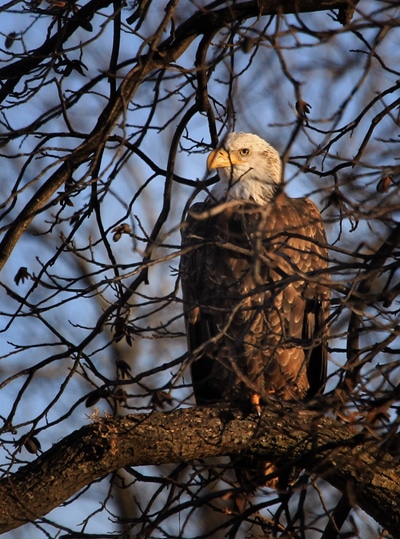 Below is a recap and some of the highlights from the past three years’ progress. In June 2012, the Citizen Potawatomi Nation Eagle Aviary received a juvenile bald eagle originally from the Florida Audubon Society. Long before she was Wadasé Zhabwé, CPN staff knew her as Penojés. Discovered near her nest in Orange County, Florida, she arrived at the CPN Eagle Aviary when she was approximately five months old and was given the Potawatomi name Penojés, meaning “child.”

She had suffered an injury to her left wing, including a fractured wing tip, extensive tissue damage and loss of her primary flight feathers. The CPN Aviary staff planned to glove-train the young eagle to serve as an educational ambassador for students and tribal members. However, she began to fly when those missing flight feathers grew back and it was clear her non-releasable status needed to be reevaluated. By fall 2012, it was determined that Penojés had regained flight ability well enough to consider release back to the wild. During the course of several months she learned to hunt and regained her strength and conditioning for flight.

On April 16, 2013 she received her new Potawatomi name, Wadasé Zhabwé, meaning “Brave Breakthrough.” Wadasé was banded and released with a tracking device so that aviary staff could monitor her progress.

Citizen Potawatomi Nation, the United States Fish and Wildlife Service, the Raptor View Research Institute of Missoula and Comanche Nation Sia all joined together to rehabilitate Wadasé and prepared to release and track the young eagle. The CPN Aviary became the first ever Native American Aviary to release an eagle back into the wild banded and fitted with a GPS telemetry backpack. Over the past three years she has logged over 25,000 GPS points containing data such as location, speed, direction height and temperature.

While she has remained in Oklahoma since her release, she continues to explore new parts of the state, visiting nearly a third of its 77 counties. The closest she came to leaving the state was to the north just 7.5 miles from the Kansas border near the Great Salt Plains Lake. Her furthest trip south ended just past Duncan, 24 miles from the Red River. Her westernmost point was past Ft. Cobb stopping just shy of Carnegie and to the east she has only traveled as far as Okmulgee. During the first year of her release she was at the aviary 146 days and the second year it was less than 70. This past year she was here just 35 days. More than seven months went by in between one of those visits. She has endured extreme weather conditions and countless challenges in the wild on her own. The CPN Aviary staff would like to extend a sincere thank you to all of those involved in making this release not just a possibility but a success. Send your encounters with Wadasé or any other eagles in the state or wherever you may be to aviary@potawatomi.org. For more information or to read previous updates please visit www.potawatomiheritage.org. 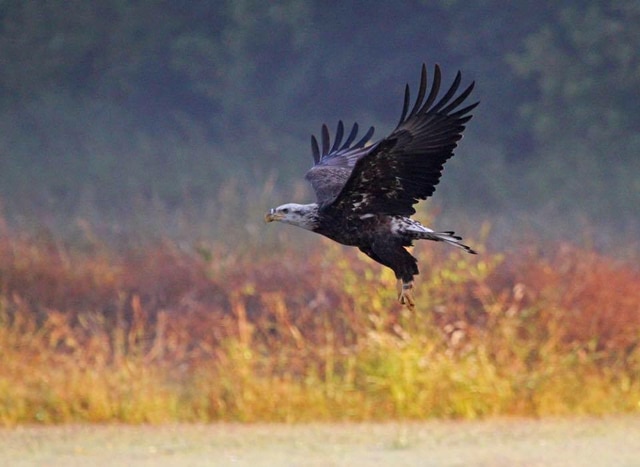