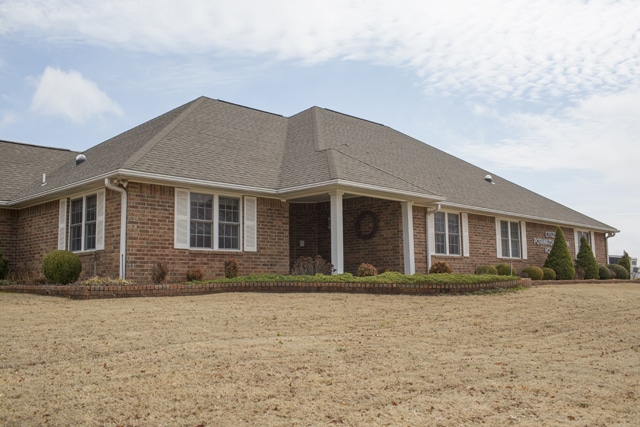 It’s a topic that has vexed even the most highly regarded economists and government officials; how do you incentivize a hand up before it becomes a hand out? Assistance, or welfare, from government entities remains a topic of constant debate in the U.S. and other Western nations, where incentives to use such programs before moving up the economic ladder fall short when users run into everyday realities.

As noted in a 2013 report by National Public Radio, for many, it can pay not to work. Though some cities and states raised minimum wage levels to keep up with the ever-rising costs of living in recent years, in 2014 Oklahoma passed a law seizing local control from cities who wish introduce such raises.

For those using such programs as a stepping stone to a better life, once they improve their economic situation, many come to a  crossroads.

They have to choose taking a higher paying job whose pay may not cover costs for the resulting loss in benefits for childcare, food and utility service assistance. This dilemma is a familiar one to CPN Housing Director Scott George.

He started his career with the Sac and Fox Nation Housing Authority in 1994 and since 2013 has served as the  director of the Citizen Potawatomi Nation’s Housing Department. Over the course of more than two decades in the tribal housing sector, he has seen well intentioned home ownership programs fall short of their goals due to economic realities.

The now defunct Mutual Help Program once offered by the U.S. Department of Housing and Urban Development required potential homeowners to put in a so called “sweat equity” instead of a lump sum down payment on a newly constructed home.

“They asked that you put in so many hours during the construction of your new home, picking up the trash, cleaning the site, things like that,” recalled George. “Then you moved in to a house that was tailored to the size of your family.”

HUD’s funding formula for housing assistance was calculated on the income of the owner. Typically it was a monthly payment computed at 30 percent of the owner’s take home pay. The remaining actual cost of the  mortgage and homeowners insurance was subsidized by the federal government. Owners had to make 20 years of house payments – at roughly 30 percent of their income – before they officially owned the home.

That subsidization factor had a negative impact though.

“No matter what your income was, in 20 years, you were going to own that house free and clear. The mistake in that was that they didn’t put a cap on how much you would pay,” said George.

While that stipulation helped low wage earners often left out of home ownership opportunities by subsidizing their payments, the downside was that those who worked to move up the income ladder ended up being penalized for it.

“So back in those days, you could have been paying $600-700 in monthly payments on a house worth only $70,000, when you could have owned a bigger home towards the end,” he said. “If you looked at it, it was inequitable. It was a disincentive to make more money because while you might pay it off sooner, you now owned what was called an ‘Indian home’ that was unsellable on the secondary market.”

The subsidization also compensated for a lack of income if owners were out of a job. George explained that as long as owners could make enough to pay for utilities and the home’s “admin fee,” which could be as low
as $20, some chose not to work at all.

The home would be theirs in 20 years regardless.

“I know people who would quit jobs and go collect cans to make enough money to pay the admin fee,” he  recalled.

For tribal housing departments like CPN’s, income limits imposed via the funding agreements with the federal government continue to hamper the ability to provide housing.

“We still use the same income guidelines we were in our for mutual help programs. We can’t assist anybody outside of those income and credit limits,” he said.

{jb_quoteright}“Now what we’re seeing is this small window of people who qualify to have a house. Because those that make too much money don’t qualify, and those who don’t make enough money can’t make the payments.”{/jb_quoteright}For instance, if a single person makes more than $43,000 a year, or a family of two has a combined income of roughly that same amount, the tribal housing department cannot offer home ownership opportunities. Even if a potential home owner does meet those narrow guidelines, if they have recently purchased a car – a vital necessity where no mass transportation exists – they may not be deemed credit worthy.

Also, high income-to-debt ratios due to student loans risk disqualifying other applicants, even though individuals with degrees tend to become higher earners as their careers progress.

It is the lower-to-middle class trap; where the incentives to move up the economic ladder are undercut by the stipulations on the original form of assistance.

George noted that his department finds itself ruling out many applicants before the paperwork is even completed.

“Now what we’re seeing is this small window of people who qualify to have a house. Because those that make too much money don’t qualify, and those who don’t make enough money can’t make the payments.”

He explained that this frustrating set of circumstances is shared across many tribal housing programs.  Counterparts in some tribes have even gone back to the mutual help programs. Though as the long-tenured tribal housing professional explains, even if a homeowner successfully navigates the full term of subsidized payments and becomes a home owner, many are unprepared for the true costs of home ownership.

“Because someone paid the taxes and insurance on it the entire time, you never knew what the actual cost of it all was,” explained George. “Once you own your home, the actual costs of these overwhelm people because they may not be insurable or they may not have any credit history. Then they lose their homes.”

Hope is not lost however. The housing department is in the process of exploring solutions to some of these problems, including a mentorship program that brings in potential home owners who may have subpar credit and works to improve it. Currently, George says his department regularly fields inquiries from this demographic, but once they learn of the credit requirements, his staff rarely hears back.

“We’re exploring some options to help those who may have bruised credit due to a medical bill or something like that who could make payments,” he said. “We need to show them a light at the end of the tunnel, so they aren’t  put off at first. For us, it might give us a better way to forecast how many houses we need to buy or build and  better use our housing funds.”