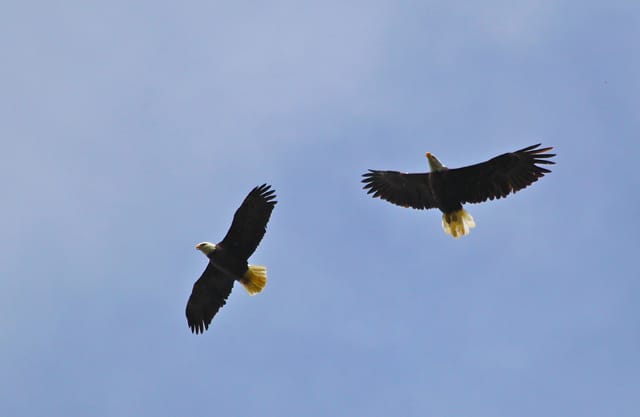 Here at the aviary we are preparing for the next round of winter weather but the wildlife around us is already gearing up for spring. Early morning before the sun made its way above the horizon, the largest group of  turkeys we counted to date made their way into the open pasture of the aviary grounds. The large toms have already begun their courtship displays, each one doing his best to win the most hens. The young twin bucks of the year passed cautiously through the tall grass near the tree line but their attempt to go unnoticed failed as a large buck bounded into the open with a loud bellow and disapproving snort, letting anyone else nearby know that he had claimed this territory. 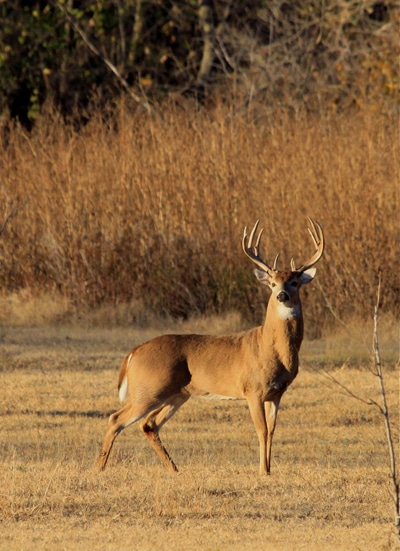 Midday we heard territorial calls from the eagles. Searching the sky and hoping to spot Wadasé, we saw a pair of adult bald eagles high above the aviary. They were circling each other and as they passed close to one  another we could hear them vocalizing. On one pass they reached out and locked talons and tumbled through the air towards the ground.

After five or six complete cartwheels they released each other and continued on towards the river. Although we were thrilled to see the pair’s acrobatics, we both admitted we were disappointed that it wasn’t Wadasé Zhabwé flying in for a visit. Wadasé hasn’t been back to visit since Nov. 10, 2015. She continues to spend most of her time between McLoud and Harrah along the North Canadian River and Horseshoe Lake.

We have received a number of calls from individuals that have spottedher in the area recently. However, our  trips to locate her have, once again, been unsuccessful. Those trips haven’t been completely unproductive though. Since Oklahoma’s record rainfall last spring, many of the areas around the rivers that bald eagles  frequent have been drastically changed. So while we haven’t seen Wadasé on our trips, we have taken time to check the nest sites that we have documented while tracking her. Almost all of the nest sites were active and at least one, if not two eagles could be spotted near the nest. At one nest site, the bank of the river has fallen away with the floodwaters and is close to being lost to the river. 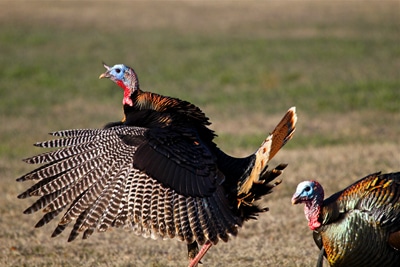 However, there are two nests at this location and hopefully the parents will choose the one that is further away from the waters edge. While we wait for permission to gain access to more of the property around Horseshoe Lake Power Plant, we will continue to monitor her telemetry and local nest sites.

In just a few short months Wadasé will have been thriving on her own in the wild for three years. As we continue to gain valuable information from the telemetry data, we are reminded how fortunate we are to  continue to share her story.

As always we encourage you to keep your eyes out for Wadasé if you are near the areas she frequents. To follow her movements with us you can visit www.arcgis.com/home and search for “Potawatomi eagle.” Send your encounters with Wadasé or any other eagles in Oklahoma or wherever you  may to the CPN Aviary at aviary@potawatomi.org.