For many years, CPN has been known as trailblazer in innovation in Indian Country. Comparing photos of the secondhand BIA trailer that served as the Tribal headquarters in the early 1970s to the FireLake complex today, it’s easy to see why the Citizen Potawatomi have earned such a reputation. Energy Sustainability Specialist Tara Hammer recently joined the department of environmental protection to enhance the Tribe’s green footprint and help recoup costs associated with sustainable development.

Though born in Arkansas, Hammer grew up in Lawrence, Kansas. She finished high school and undergraduate studies in her hometown before moving on to Kansas City for graduate school. A Cherokee Nation citizen with Creek ancestors, Hammer attended Haskell Indian Nations University, graduating with a bachelor’s degree in environmental science, ecology and evolutionary biology. Hammer says that an internship in Costa Rica just prior to her graduation from Haskell was integral to her decision to pursue a career in an environmental health sector. 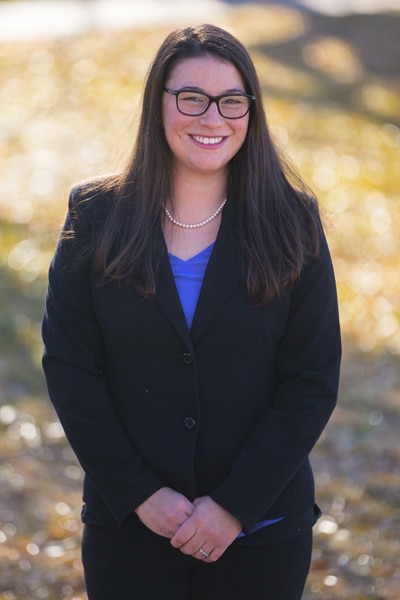 She tested water in a river that supplied a local town, but found the ban on interactions with the local populace somewhat restricting. After completing the internship, Hammer, still unsure of what lay ahead for her career-wise, presented the study’s findings at the national SACNAS conference, or the Society for Advancing  Chicanos/Hispanics and Native Americans in Science.

“I spoke at the SACNAS conference, and one of the judges asked me if I had plans to go to grad school,” Hammer recalled. “I told her that I did, but that I wasn’t sure what I wanted to do. I explained that I didn’t feel like I was helping anybody because while I was doing the legwork, I wasn’t out there with the people like I wanted to be.”

The judge suggested a public health program at the University of Kansas, which had recently expanded to include a focus on environmental health sciences. She went on to pursue a master’s degree in public health from the University of Kansas Medical Center, finishing as the school’s first female graduate of that program with an environmental health sciences concentration. Her graduate school project focused on testing the water quality of the resources on the Kickapoo Tribe in Kansas’ reservation. She explained that she enjoyed being out amongst the people who lived and worked on the tribe’s land and properties.

“You get to meet so many people, and you hear so many stories, it was just a great experience.”

Seeking a move back to Oklahoma where she has family, Hammer took a job working on a healthcare grant funded by the National Institute of Health at the Cherokee Nation W.W. Hastings Hospital in Tahlequah. Seeking to reproduce her experience working with a tribal environmental health sector, Hammer applied for an environmental specialist vacancy with CPN. Though that particular position was filled by another candidate, Hammer was selected for the position of energy sustainability specialist. CPN Department of Environmental Protection Assistant Director Shawn Howard, who was helping oversee the hiring process, offered the position of energy sustainability specialist to Hammer.

“Although we interviewed Tara for the environmental specialist position, because of her experience and qualifications she was more suited to fill another Tribal need focusing on environmental sustainability and assessing climate change impacts,” explained Howard. “After discussing the goals and responsibilities of the job, she accepted and she has been with us since July 2015.”

She is also working with the Office of Self-Governance on a proposal to the U.S. Department of Energy which focuses on energy generation through clean energy technology. She and her colleagues are exploring a  partnership with the CPN Cultural Heritage Center to work with middle and high school students to expose them  o tribal department career positions. Hammer is also helping revive the CPN Green Team, an employee-led effort to recycle products used during the Tribe’s day-to-day business. According to the latest figures from FireLake Discount Foods, the Tribal-owned enterprises brought in approximately $43,000 and $36,000 from  revenues associated with recycling cardboard.

Said Hammer, “We’re thinking that if we can get a bunch of the departments that aren’t recycling to do so, as well as those currently making the effort, Tribal recycling could end up being sustainable.”

Hammer’s expertise will feed into CPN’s mission of cementing its sovereignty in terms of protecting its natural resources. To do this, Hammer believes that tribal departments of environmental quality are best placed to  protect Native American lands, resources and sacred sites.

“It seems like if you want to be sovereign,you should have your own departments and make your own choices,” she concluded. “People can’t be here every day to do what we do.”