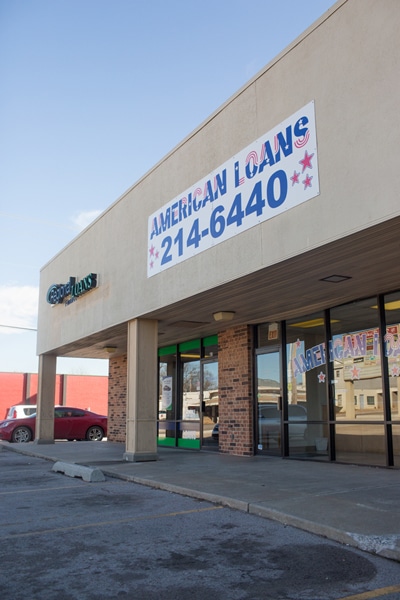 According to the statistics from the St. Louis Federal Reserve Bank, with more than 20,000 across the U.S., there are more payday loan lenders in the U.S. than franchise locations of either Starbucks or McDonald’s. The golden arches boast a paltry 14,267 franchises by comparison.

The wide presence of this specific kind of lending institution, which can charge between 300 to 1,333 percent of annual interest when issuing short term loans, speaks to the doldrums of many Americans’ financial situations. A survey by www.BankRate.com showed that roughly 63 percent of Americans have no savings for medical emergencies or large car repair bills. With so many working people just one emergency away from needing a quick cash infusion to cover the bills, payday lenders serve a role to individuals who otherwise wouldn’t have access to short term loans.

The Citizen Potawatomi Community Development Corporation is one organization that has undertaken the task of providing similar, but significantly cheaper services, to Tribal employees and members in need of a short term loan or loans that can help build credit. To stem the tide of those ensnared by predatory loan costs, finance professionals like the CPCDC’s Tina Pollard are there to help. As a certified credit counselor, she works with clients from all walks of life who, for a variety of reasons, find themselves turning to these kinds of lending institutions.

“The majority of the people I see do have bruised credit,” said Pollard. “Just on average their credit scores are around 500, which is in the risky area, and many of those are due to payday loans or medical bill collections. Once something reports, it reduces your credit score and doesn’t go away for seven years. Even if you pay it.”

Pollard’s personal experiences play a central role in her work, as she cites her own past financial situation when speaking with clients at the CPCDC, saying “I’ve made all the mistakes, I’ve taken the payday loan route.”

“The reason I had to rebuild my credit was because I had six knee surgeries in a row,” she elaborated. “Once you have a surgery, you don’t pay just one doctor. Every physician, physical therapist and anesthesiologist bills you separately. Everyone wants a payment arrangement, and ultimately there are only so many payments you can make.”

Pollard said that many of those she counsels were in situations like her own, with little savings but who are working. Others are seeking to recover from a divorce where one spouse’s bad habits destroyed the credit score of the other.

“It’s frustrating because the education is not there, and until Oklahoma gets incensed about the predatory problem, it’s not going to change. There have been attempts at the state legislature to make it easier for payday lenders to charge more, and in many cases our legislators are woefully unaware of the problem.”

Pollard was at the state capitol during a 2013 legislative session and witnessed the army of lobbyists that payday lenders’ profits can afford. She noticed that during a legislative debate on whether to loosen regulations on the industry, there were 26 payday lending lobbyists present. David Blatt of the Oklahoma Policy Institute, a longtime proponent of better options for low income borrowers, agreed with Pollard’s assessment. Though the bill passed both houses of the statehouse, Governor Mary Fallin eventually vetoed the legislation.

“They’re pretty well represented at the capitol,” said Blatt in an email. “It’s been a while since there’s been a serious effort to legislate on this issue, but the major operators all have contract lobbyists, as does their association.”

Blatt said that despite arguments that the industry provides a service to an underbanked sector of the American economy, studies have shown that many of these borrowers have less expensive options. In an emailed response, he pointed out that one common argument for these lenders is that their customers would otherwise attempt to take out even more expensive, online payday lending.

Citing a Pew Studies report, Blatt wrote that “comparing usage in states with permissive and restrictive laws, Pew was able to conclude that in states that restrict payday lending, 95 out of 100 would-be borrowers elect not to use payday loans at all – just five borrow online or elsewhere.”

Waking up to how they work

“If the media took a closer look at the borrowers and showed how destructive these loans and fees are to families, things might change,” said Pollard. 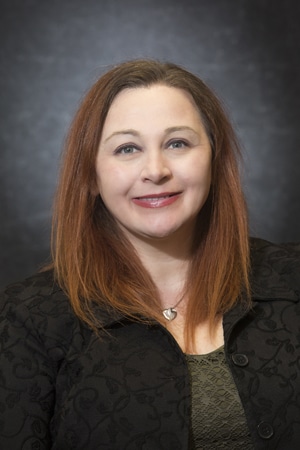 Yet there does seem to be an increasing awareness of the potential problems that are arising from many communities’ reliance on predatory lenders as the primary financers in low-income areas.

Author Mehrsa Baradaran, has written extensively on the $89 billion economic impact the short term lending industry has in the U.S. in her recent book “How the Other Half Banks.” In an interview with PBS News Hour, Baradaran pushed back on the logic that higher interest rates and fees charged to those using these kinds of loans were levied because those borrowers had fewer assets to leverage as collateral.

“It is certainly a higher risk to loan to someone who is low income. However, there’s a lot of studies to show that the price that they’re actually charging isn’t the cost of the loan. It’s also fairly misleading when you compare it to the credit markets that the middle class and higher income have access to,” Baradaran said.

She went on to note that most upper and middle class borrowers don’t pay the market prices for credit, whether on mortgage, student loan or other credits issued by banks.
“Any sort of bank credit you get is heavily subsidized by the federal government,” she pointed out, meaning low income users of short term lenders often pay far more to borrow.

As Pollard explained, even if one discounts the interest rates, predatory lenders make a profit on their initial loan in the fees.

“The first two and a half payments only go to pay off the fees, you’re not touching principal,” she said. “On a $500 signature loan, you’d typically pay $200 for it. At a normal bank, there’s usually no fee and you just pay the interest.”

These lenders also sell signature loans by telling clients they’ll help build their credit scores, a claim that doesn’t always pan out given the nature of the lending product. Without at least 12 months of credit history, consumers pay more in interest and the benefit to their credit score is minimal. With short term loan renewals occurring every two to three months, the credit report is cut short and the client’s overall credit score doesn’t improve. Payday loans are not typically reported to credit bureaus because they are paid in full or a new loan is taken out each payday, essentially starting the whole process over again.

Despite being outnumbered and outspent, advocates like Pollard at the Citizen Potawatomi Community Development Corporation continue to help those they can.

“I have better options now because of what I know,” Pollard said. “I’ve been where all my clients have been, and I do what I do because I have a passion for it. I want to help them build their credit so that they’re in my position. It just takes them coming in the door.”

To learn more about credit counseling and short term loan services available to Citizen Potawatomi Nation employees and other members of federally tribes, please contact the Citizen Potawatomi Community Development Corporation at 405-878-4697 or by visiting www.CPCDC.org.