CPCDC’s Logsdon elected to national board for Native American lenders 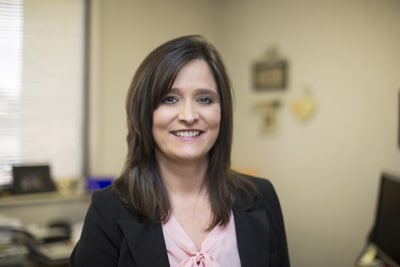 CDFIs, or community development financial institutions, are specialized funding institutions who work to develop financing opportunities in sectors and markets typically underserved by lenders like traditional banks. Certified CDFIs are funded in part from federal dollars under the U.S. Treasury Department, and their presence has increasingly become an alternative form of funding for projects in Indian country. The Native CDFI Network is an elected board of seasoned community and economic development professionals. The nine person committee advocates for more than 75 Native American CDFIs across the U.S. The group organizes policies, researches funding opportunities and builds a strong membership network and infrastructure within the Native CDFI Network.

“We team up and tackle industry issues and identify what each CDFI needs to continue to be successful in order to advocate for the industry,” explained Logsdon.

Logsdon, a Shawnee-native, graduated from Bethel High School. Her husband Billy is a CPN-member and an Anderson family descendant. As assistant director for the CPCDC, she works with funding institutions whose capital is used to finance the CPCDC’s commercial loans. She also oversees programs within the CPCDC such as financial education and the corporate loan program and oversees the Corporations finances.

“Since I started in 2004 I’ve seen many changes and growth here,” said Logsdon. “We do a lot of stuff outside the box. That’s what’s great about working here. You get to think outside the box and make something happen for someone. We work one-on-one with our clients and our main job is to get funds into the hands of Native American entrepreneurs.”

The CPCDC is one of a thousand community development financial institutions in the nation. What makes the program a certified Native CDFI Network member is that the majority of its clients are Native American.

“It’s important for the CPCDC to be involved with the Native CDFI Network,” explained Logsdon. “Being elected as a member of the board of directors, this is a way for the CPCDC’s voice to be heard. It is an opportunity for the CPCDC and other Native CDFIs to be heard on the national level for continued funding, policy work and industry growth.”

“Its great honor to be an elected director for the Native CDFI Network,” said Logsdon. “The Tribe’s support for the CPCDC has made it what it is today. I’m just thankful to be a part of  it all.”

Established in 2003, the CPCDC provides financial products and business training services to CPN members and employees as well as Native Americanowned businesses statewide. To date the CPCDC has deployed over $36 million in loans and grown to over $17 million in total assets. A friend to small Nativeowned businesses in Oklahoma and beyond, CPCDC’s goal is to support each client at all stages of development. For more information visit www.cpcdc.org or call (405) 878-4697.