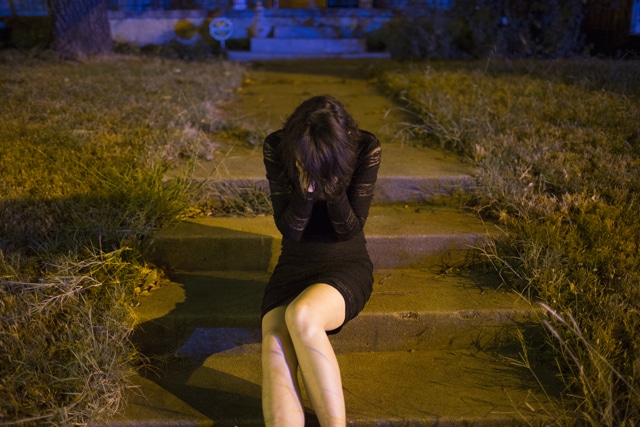 Begun in 1981 by the Coalition Against Domestic Violence, organizations around the country spend each October raising awareness of the scourge of domestic violence. In Pottawatomie County, Oklahoma, agencies from local non-profits, the district attorney, local law enforcement and the Citizen Potawatomi Nation House of Hope work to combat this epidemic.

According to the latest figures from the Centers for Disease Control and Prevention, more than 38 million American women have experienced physical intimate partner violence in their lifetimes.  The statistics for Native American women are even more staggering, with a 2008 Department of Justice Report estimating that 38 percent of Native women surveyed identified as victims of intimate partner violence, far higher than any other race.

“Victims stay in these relationships for many different reasons,” noted CPN House of Hope’s Amanda Chapman. “Some stay in because of their religious beliefs. Others stay for survival; to protect themselves and their children. Many times the abusers make threats of being able to find their victims even if they leave, take the children and keep them from ever seeing them again. They convince the victim no one will believe them. Verbal and emotional abuse can destroy a person’s self-esteem and confidence.”

Even in instances where victims understand there are avenues of support available, human compassion and hope can result in them granting their abuser excuses in hopes of better behavior.

“Many times victims try to focus on the small glimmer of positive, hoping for changes that are typically promised by the abuser after a violent episode. Some hope they can change the abuser. In reality, the only person that changes the abuser is himself or herself,” said Chapman.

One aspect outside observers may notice about a loved one’s involvement in an abusive relationship is the gradual distancing of the victims from family, friends and coworkers.

“Isolation is another key reason victims do not or cannot reach out for help,” Chapman pointed out. “Many times the abuser will isolate the victim, even forcing them to quit working in order to have power and control over the victim. This also forces the victim to become more financially dependent on the abuser.”

Convincing victims that there are other options available to them is one of the greatest challenges facing those like Chapman and the staff at House of Hope, who struggle to break the cycle of  abuse. Yet hope springs eternal each day for these individuals taking on one of CPN’s toughest assignments. The House of Hope offers victim advocacy, court advocacy, counseling, educational assistance, legal assistance and parenting classes for victims of intimate partner violence for residents in Pottawatomie, Cleveland and Oklahoma counties. If you do not meet those requirements but still have questions or need support, Chapman encourages people to get in touch.

“Even if they do not meet the eligibility requirements, we will give them the appropriate referrals for services in their area,” concluded Chapman. “Our goal is to make sure that no ever feels like they have to live with domestic violence in order to survive.”