How to address suspected domestic violence 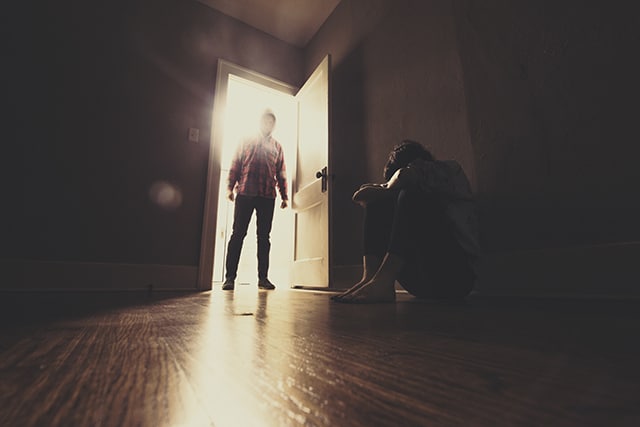 While those positions are admirable, relationships involving mental and physical abuse tend to remain in the shadows. Though family, friends and co-workers may suspect someone they know of being abused, the difficulty of broaching the subject with a potential victim can be difficult. Victims even become conditioned to justify the reasons for their abuse.

“Victims truly love their abuser,” explained House of Hope’s Amanda Chapman. “Many times they believe they can change that person.”

Chapman, a child abuse and domestic violence prevention coordinator with House of Hope, explains how mental abuse can reinforce these beliefs, with the perpetrator convincing the victim that they are the cause of the violence.

“Sometimes they begin to believe the lies they’ve been told, that it is their fault for being victimized, that no one else will love them or that if there are children are involved, they want to keep the family together.”

In many cases, a show of concern from someone outside this harmful dynamic can help end the cycle of violence.

If someone suspects their loved one or co-worker is caught in one of these relationships, the first step is to ask questions in a gentle manner. Avoid judgment and a rush to provide immediate solutions to their problems. Rather, be a listening board for them to explain their situation and view of the situation. In many instances, domestic violence victims internalize their abuse and accompanying emotions.

Ultimately, the choice to leave the relationship must be the victim’s. However, providing avenues to escape can help move them in that direction. Provide the individual with information on local resources or safe shelters like House of Hope that specialize in family violence advocacy. Remind them that domestic violence is a crime, and that law enforcement agencies can be the first point of contact if need be.

If there are children involved, explain that in many instances, children who witness the abuse of a parent are profoundly impacted by those experiences.

Though there are no uniform rules in confronting such an ugly issue, the importance of remaining vigilant and supportive of those loved ones is vital.

“People stay in abusive relationships for many reasons,” said Chapman. “They are usually told by the abuser that they will change and need the victim’s help in making that change, but ultimately, that isn’t the victim’s responsibility. Only the abuser can make that change.”