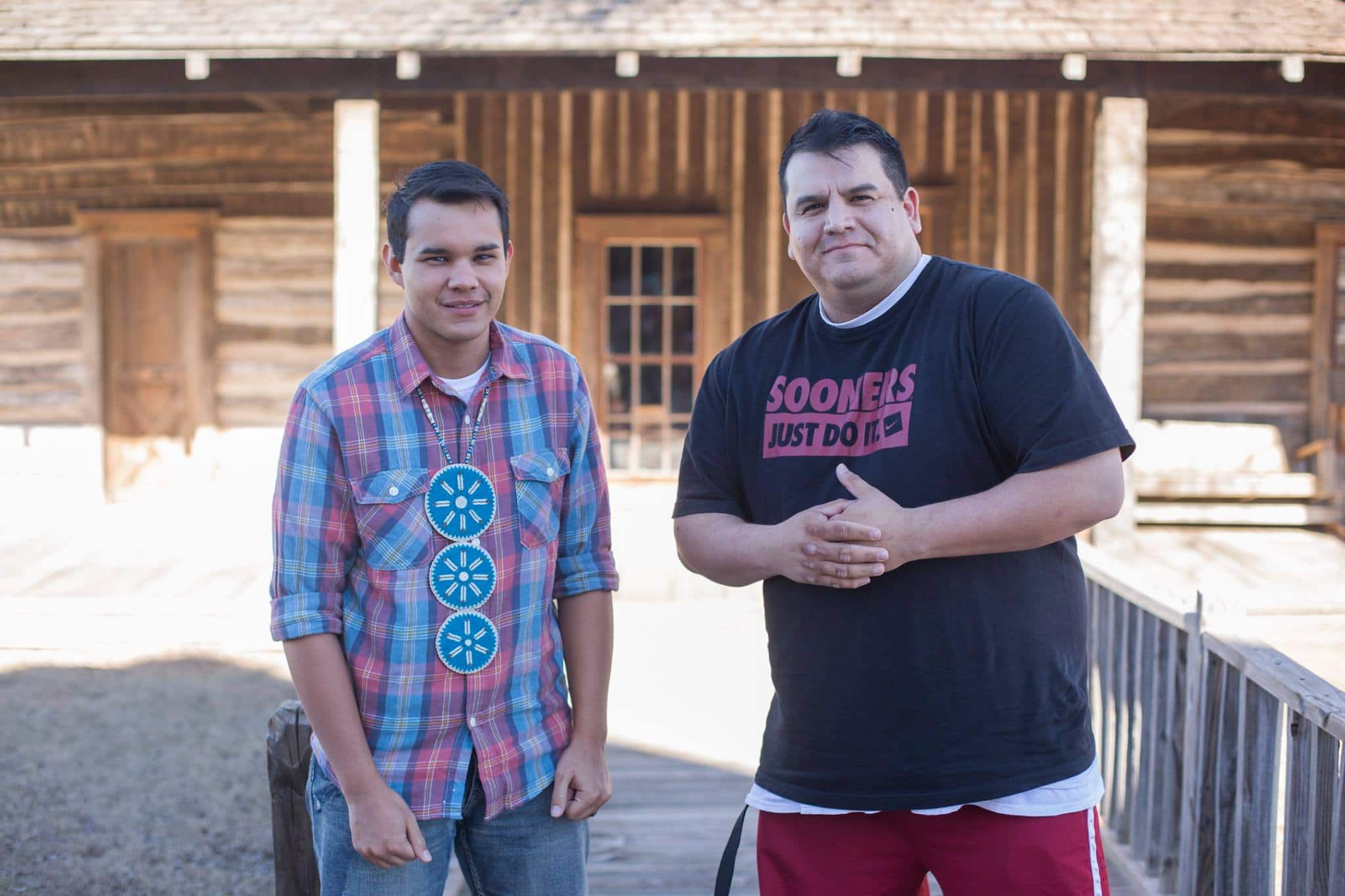 Pottawatomie County, Okla. is home to four Native American tribes and thousands of federally registered tribal members. As a result of nearly three centuries worth of assimilation and attempts to destroy Native American cultural practices, based on a principle of “kill the Indian, save the man,” many young tribal members grow up not knowing or understanding their culture.

“The more we got involved with developing the program, it turned out to encompass more than at-risk kids,” explained Lehman.

“We found that a lot of our work was in teaching kids about their cultures as Native Americans, something they just didn’t know a lot about.”

Lehman had previously served in the CPN Language Department as an instructor, while Logan had been a staff member at FireLodge Tribal Youth Council and P.L.A.C.E. program.

The approximately 20 youth who participate must be members of a federally recognized tribe, but do not have to be Potawatomi. This diversity reflects the experiences of many Oklahoma-based Native Americans in communities like Shawnee and Tecumseh, where tribal members from many nations have lived amongst one another for generations. While each tribe has its own distinct history, customs and practices, in many occasions individuals with parents from two different tribes learn cultural aspects of each. 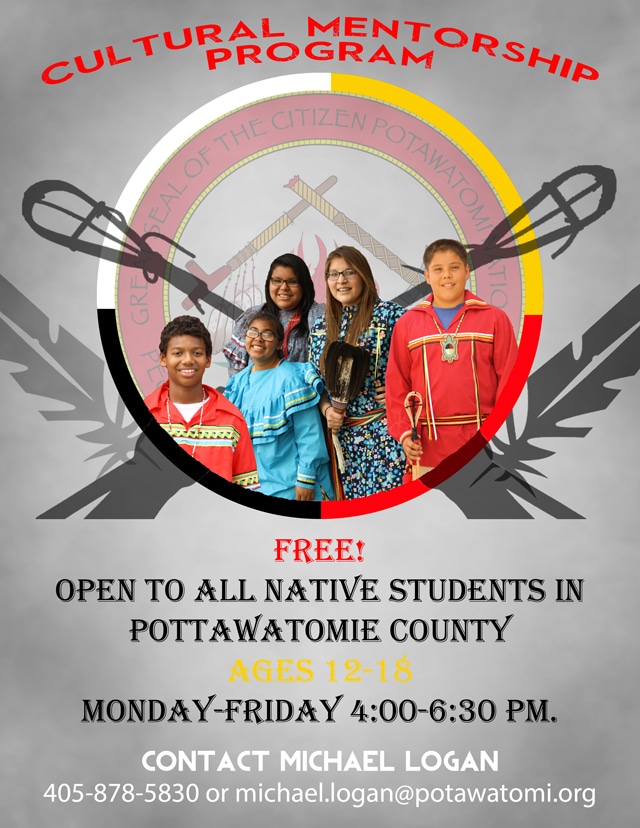 Logan, who is Choctaw and Cherokee, and Lehman, who is Potawatomi and Seminole, have experienced this themselves. As teachers, the two research and reach out to the tribes which each individual student belongs to in order to best instruct them on that tribal culture. With approximately 15 tribes represented in the cultural mentorship program, there are instances where a specific nation’s custom may not be familiar to what the student had been taught previously.

According to Lehman, “With every tribe having its own customs, we try to take what little bit we know to shape our instruction. We’re still learning ourselves as adults. Specifically, we explain something that is important to remember when it comes to cultural teachings, in that we don’t claim to be perfect, but are just teaching the way we were taught.”

Given that the program is run through the Citizen Potawatomi Nation though, much of the initial instruction centers on Potawatomi traditions. Classes are five days a week from 3:30-6 p.m. after students from districts in Tecumseh, Shawnee and Bethel end their school day. The program recently concluded a month-long lesson on the stomp dance, which is practiced by southeastern tribes like the Seminole and Mvskoke Creek.

The program’s goal, to provide cultural instruction, is not an easy one.

“Michael and I grew up around these cultural aspects, like going to powwows and learning the languages of our tribes,” explained Lehman. “One of our main challenges is trying to keep them engaged in terms of showing them that learning things like the language are as important as learning to dance.”

Logan elaborated on the challenges that those in the program sometime face.

“The biggest struggle is that everyone wants to be Indian, but no one wants to do what it takes,” said Logan. “There is this culture of thinking that if you dress a certain way and talk a certain way, that’s what makes you Indian. Those things aren’t indigenous though.”

Both Lehman and Logan echo the sentiment of instructors attempting to teach youth raised in an age of smart phones and high-speed broadband.

“These things that are important, like learning to dance or a language, but they take time. Sometimes that’s hard for them to understand,” said Logan.

These challenges aside, the cultural mentorship program has made strides. Students have participated in Native American festivals and celebrations, including a dance demonstration this fall at Rose State College in Midwest City, Okla.

Though much of the program’s focus is on teaching and instruction, the work of Lehman and Logan is more akin to historians or archaeologists working to preserve historical artifacts.

Said Logan, “If this isn’t taught to the next generation, this is all going to get lost.”

The program is always accepting new participants, with both Logan and Lehman happy to speak with anyone who may be interested in joining. If you would like to learn more about the Citizen Potawatomi Nation’s Cultural Mentorship Program, please email michael.logan@potawatomi.org or coby.lehman@potawatomi.org.