“The morning was early employed in preparations for a removal. Nothing of any note occurred during the morning. At 10 o’clock we got under way and proceeded on our journey, leaving behind us of sick and attendan[ts] two. The day was hot—we had the advantage [how]ever, of being in the vicinity of water, our route lying on the northern bank of the Wabash the whole distance.”

“We reached our encampment at Winnemac’s old village, at about five o’clock a distance of perhaps 10 miles from the camp at Logan. Provisions of the same character of those of yesterday and the day previous. Bacon is not to be had—beef and flour constitutes generally our provisions. A child died since we came into camp. A man also died tonight after several days’ sickness.” 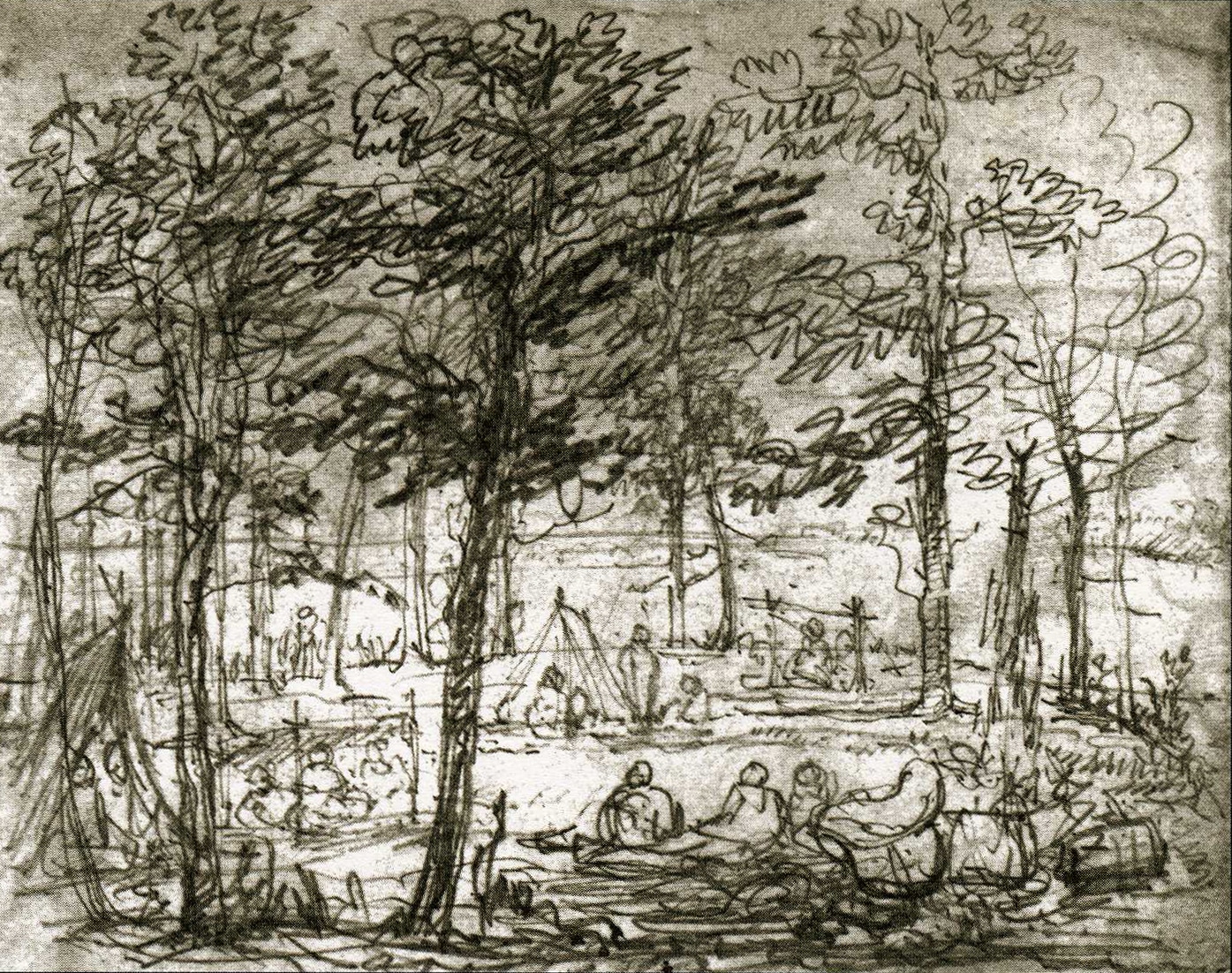