“Left encampment at Twin Lakes at half past nine o’clock a.m. leaving behind on account of sickness of the chief San-ga-na, with his family consisting of thirteen persons, three of whom are very sick, and proceeded on our march. Messrs. Wheeler & Hopkins agree to furnish provisions during the sickness of the family, and until such time as San-ga-na may be able to report himself at the agency at Logansport, preparatory to his emigration west.

“The day was exceedingly sultry, and the roads choked up with dust. Travelling was attended with much distress on account of the scarcity of water. Reached Chippeway at sunset having travelled a distance of twenty-one miles—five miles further than it was the intention of the Conductor to have gone, but for the want of water. The number of horses belonging to the Indians is estimated at two hundred and eighty-six—the number of wagons engaged in the transportation twenty-six. Provisions fan forage rather scarce and not of the best quality.” 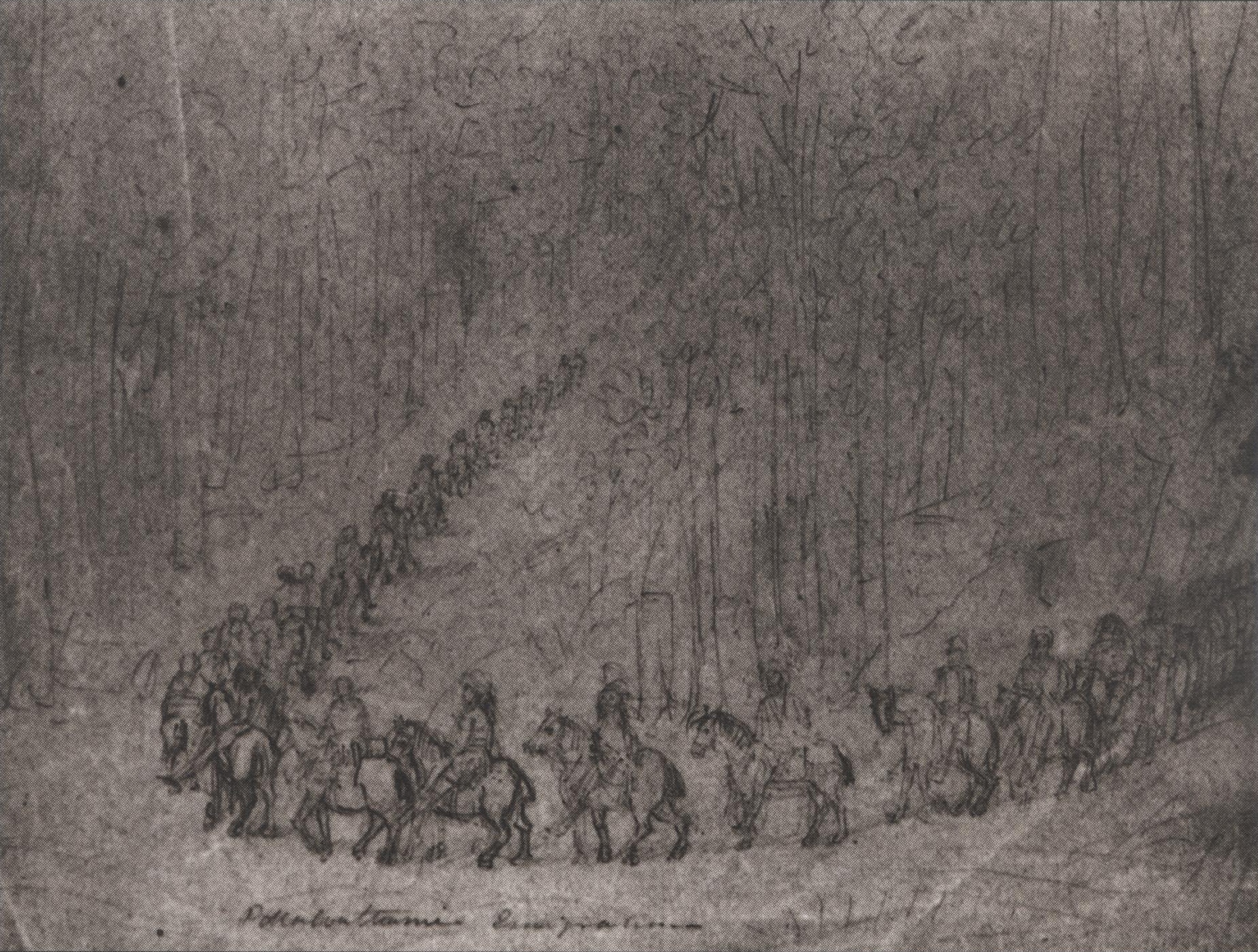