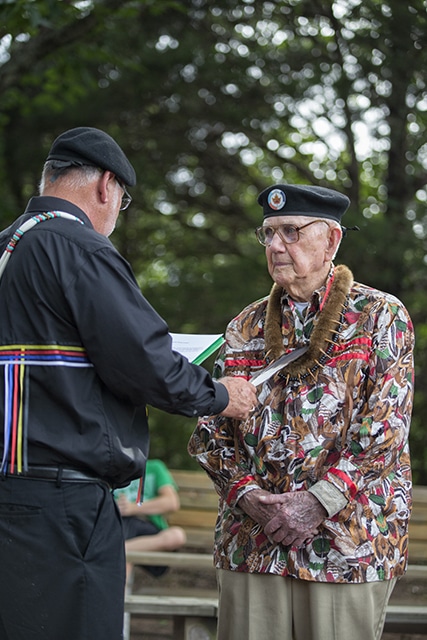 A special naming occurred on June 24, right before our 2014 Festival. Having been named many years ago by our Chairman Barrett and Vice-Chairman Capps, I am able to name other individuals myself.

At the beginning of this year during our monthly CPN Veterans Organization meeting, the process of being named came up. I instructed them that there was a naming ceremony protocol and I would get that information to them. When approached again by the group, I was honored since I am the Treasurer of the Veterans Organization, their CPN legislator and a fellow Potawatomi brother. Vice-Chairman Capps started off the naming ceremony by telling the creation story, thus allowing me to name my fellow veterans while she drummed. As far as I know, that this was the first time a large group from the CPN Veterans Organization have been named by the Vice-Chairman Capps and myself.

Let me share this event by telling you a little about those individuals:

Mr. George Hamilton was our eldest veteran to be named (knocking on the door of 98 years of age). He was a fighter pilot in the Air Force during WWII, and is from the Burnett family. Vice-Chairman Capps and I were honored to name George Bmashi Ogichida which means “Soaring Warrior.” 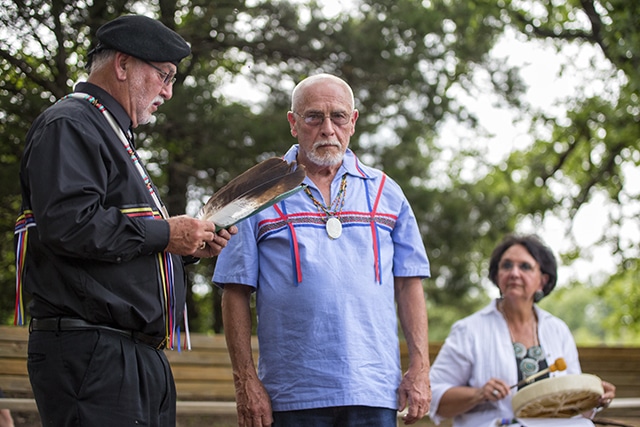 Mr. Robert Barrett, who is my older brother, was also my honor to name. He was a Paratrooper in the 101st Airborne Division of the Army. He was a combatant Vietnam Purple Heart recipient. He is from the Bourassa family. Several members of our family have names with the word spirit in them, such as our great-great grandmother who was named Mnitoqua, or “Spirit Woman.” My name is Mnedobe, “Sit with the Spirit.” So we named my brother “Strong Spirit”, or Wishkmnedo. 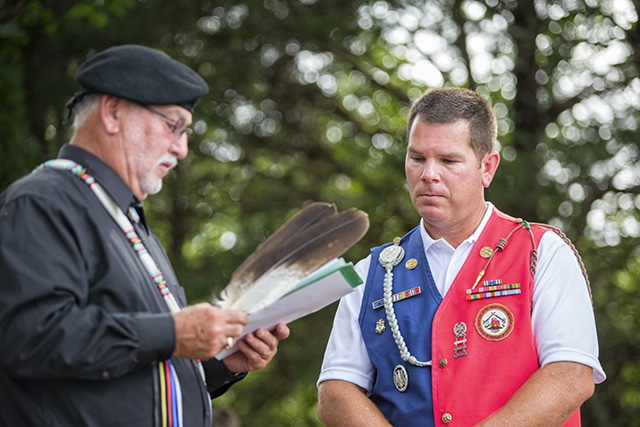 Mr. Derek Skaggs was a scout and sniper in the army. He comes from a rich line of Potawatomi descendants; Melot, Betrand, Beaubien, Vieux, Navarre, and Waubansee. He is an outdoorsman and would love to fish the world. We named him Gigoket – “He is a Fisherman.” 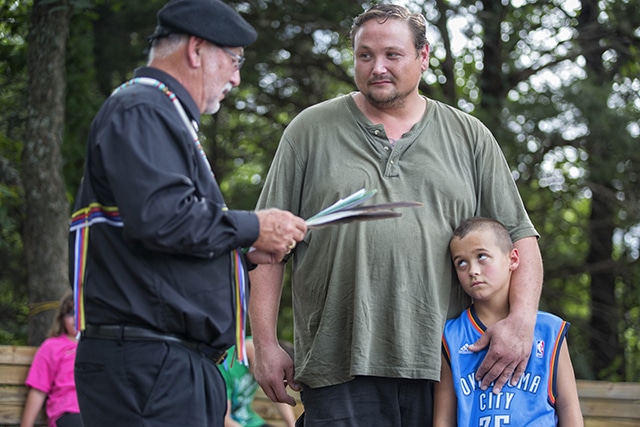 Mr. Tony Wano and his son Tharon Wano were the last to be honored. Tony served in the Army. His compassion shows up in the fact that he loves animals and rescues them. So, we named him Bmenagot, or “He cares for animals.” Also we name his son Tharon who likes all sports, but especially soccer, Wiskjshipshe, which means “Fast Cat.”

If interested, you may request a naming ceremony protocol packet from the CPN Administration or from the person whom you want to name you.