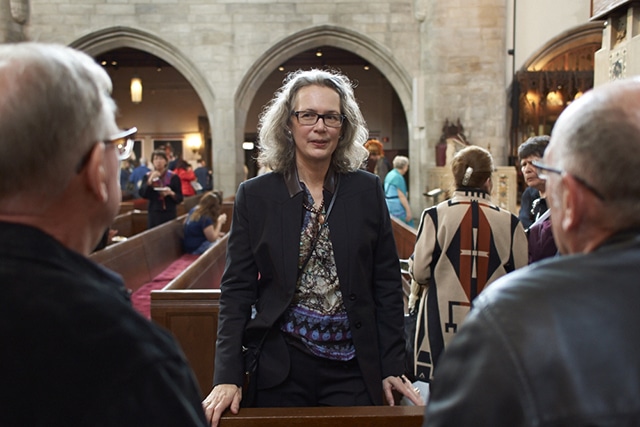 In today’s world, anyone can capture a photograph with the touch of a button from their phone. In past years, during Family Reunion Festival, tribal members have been doing just that, documenting the memories for generations to come. For the past four years, CPN member and professional photographer, Sharon Hoogstraten, has done the same but with an artists’ approach to each photograph.  The result of her chronicling of the Tribe’s annual gathering is featured in a month long gallery exhibit at Rockefeller Memorial Chapel in Chicago, Illinois.

Hoogstraten had the project in the back of her mind for quite some time. She reached out to CPN knowing they accepted art for the Family Reunion Festival, explaining she wished to document the annual Tribal gathering for historical purposes. As a result, the idea turned into a four year project that has documented the modernity of Potawatomi tradition.

“I knew I always wanted to do a photo project to preserve history for my Tribe,” said Hoogstraten. “I was inspired to capture members preserving the traditional dress of their ancestors, but also relating regalia to contemporary living and their own personal stories.”

Her photographic portrait project of Potawatomi Indians in regalia aims to capture the tradition in a modern sense. Hoogstraten would have each subject pose in traditional stance, which would then lead into small movements and eventually full on dancing. She chose to capture subjects regardless of age or gender in order to show the full range of each style within the traditions. 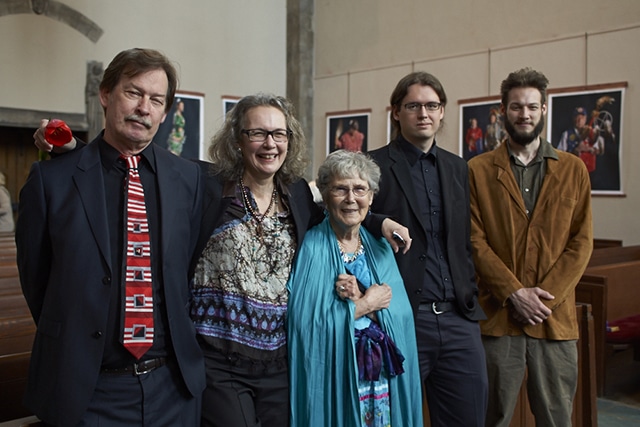 “The whole idea of my project is to capture the essence of Potawatomi traditions and create a place in history for the Tribe,” said Hoogstraten. “Preserving the faces, stories, and regalia of modern Potawatomis will contribute to a better understanding of their transformed place in the diverse life of America.

In September 2013, Hoogstraten along with her mother Jo Anne Pricket Hoogstraten, joined the Trail of Death caravan with several CPN members and other travelers interested in the history of the Potawatomi. There she met a lady named Susan Estall, who was doing research on the Underground Railroad in Illinois. Estall took part in the caravan after she found out that the Potawatomi played a part in the Underground Railroad by helping free slaves in the Great Lakes area. After discussing their respective works, Estall mentioned Hoogstraten’s project to the curator at the Rockefeller Memorial Chapel.

“I’m so grateful for the chance meeting with Susan Estall on the Trail of Death caravan,” said Hoogstraten. “If I didn’t happen to meet her, this opportunity would have never occurred.”

Hoogstraten explained “The last year I worked on the project, people started to recognize me and the process was easier to ask individuals dressed in regalia during Family Reunion Festival if they would be interested in having their photograph taken.” 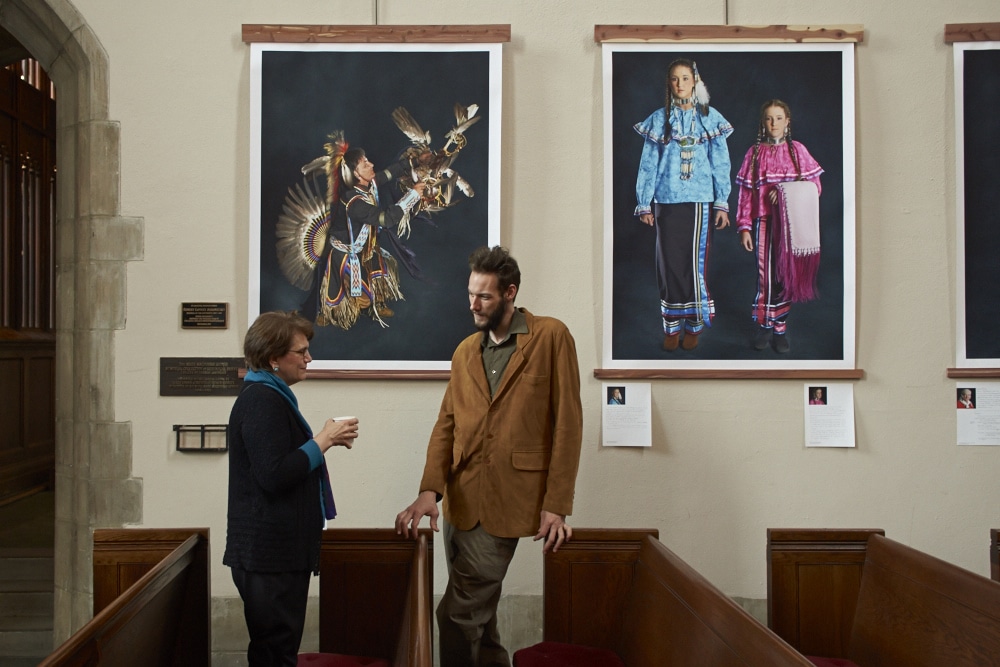 Hoogstraten uses a medium format Hasselblad camera with a Phase 1 digital back to capture each subject. The style of camera she uses has a superior quality that retains extreme detail in large prints. The lenses Hoogstraten uses are prime focal length lenses. In practical terms, the lenses give a first person view, showing a subject in the same perspective a person would see them with their own eyes in real life.

“I can’t begin to express how thankful I am for everyone who had a hand in helping with this project and for the individuals who were willing to take time out of their lives to posing for the images,” explained Hoogstraten. “It was amazing how willing and open people were to help out. The whole process felt like a group effort to maintain the history of the Potawatomi people. I made a lot of friends and am hoping this is just a good beginning to this project and that I can continue to capture more subjects.”

Currently residing in the Logan Square district of Chicago, Hoogstraten plans to continue her documentation of the “People of the Place of the Fire.” Her future plans are to reach out to other Potawatomi tribes to see the similarities and differences between each band through photography.

For more information on Hoogstraten’s project, entitled “Dancing for My Tribe: Potawatomi Tradition in Modern Times”, visit www.rockefeller.uchicago.edu or see her website www.hoogstratenphotography.com.