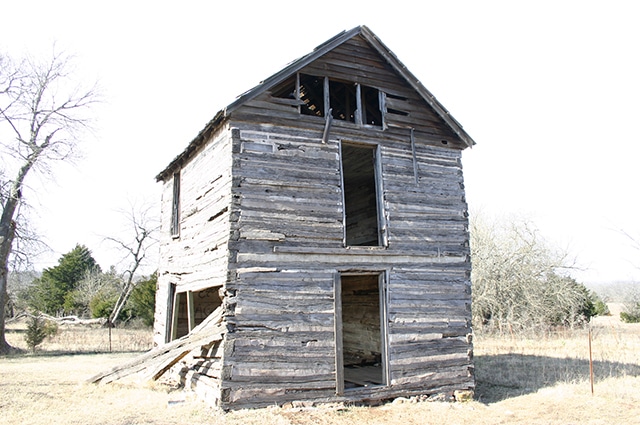 The real estate market is a complicated game. For that matter, so is marriage. As daunting as each is however, combining the two can have unforeseen consequences for several generations.  Decades of confusion resulted from the federal Indian policy commonly known as allotment. The allotment process called for the division of tribal lands into plots to be owned privately by individual tribal members.  The policy was part of the U.S. government’s ill-begotten attempt at mainstreaming Native Americans to the American way of life.

The Citizen Potawatomi experienced allotment for the first time in the early 1860s, approximately twenty-five years before the General Allotment (Dawes) Act made division of tribal land a reality for most Native Americans. Since we were one of the first tribes to go through the process of breaking up our reservation and assigning private parcels, we had to work out compromises and alternatives for more complicated land claims. For example, when non-Natives married tribal members and didn’t hold true to their marriage vows, the families’ claims to land could be incredibly complicated.

Smith married Margaret (Ogee) Weld, a Potawatomi, and had a child. At an unspecified date in the 1850s Mr. Smith abandoned his wife Margaret and began living with Mrs. Nancy McLane, a widowed Potawatomi.

Mr. Smith had a number of children with Mrs. McLane, but eventually abandoned her to return to his wife Margaret. In a predictable move, he then left her for a second time and returned to Mrs. McLane, with whom he was living at the time of allotment in 1863.

Because of the circumstances of abandonment, Mrs. Smith (Margaret Weld) claimed to be the rightful head of her family instead of her husband, to which the Bureau of Indian Affairs agent overseeing the case agree. Margaret received 160 acres as the head of household instead of the 80 she would have received as simply a married woman.

Similarly, Mrs. McLane refused to recognize Mr. Smith as a member of her household. (We can assume they were not on good terms at the time of allotment). She also received 160 acres as the head of her family.

The Bureau of Indian Affairs agent in overseeing the case wrote that “there seemed to be no place for Mr. Smith as a member of the tribe,” and therefore, did not allot him at that time.

However, after years of petitioning, Mr. Smith eventually received an allotment of 80 acres in 1867.

The Sidney Smith case has more drama and intrigue than most, but it does clearly demonstrate the difficulties and confusion the Citizen Potawatomi faced by being one of the first tribes to take allotted lands, and it speaks volumes about the tenacity and determination of Citizen Potawatomi women to understand and fight for their rights.