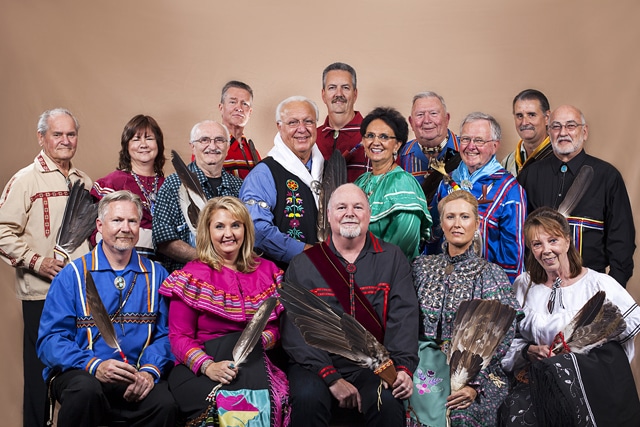 Following the conclusion of the 2013 Family Festival, the Legislature of the Citizen Potawatomi Nation met with a watching audience of Potawatomi Leadership Program and other tribal members at the tribal headquarters in Shawnee.

Resolutions were passed approving grant proposals to the U.S. Environmental Protection Agency. One proposal related to funding for the tribe in relation to adherence to the Clean Water Act, while the second was a grant proposal for the agency’s Indian General Assistance Program.

Three fee-to-trust applications were approved for submission to the Bureau of Indian Affairs that will take land into trust for non-gaming purposes.  A lease agreement with Video Gaming Technologies, Inc. was approved to place 350 electronic gaming machines in the FireLake Grand Casino. An amendment to the tribe’s Business Leasing Regulations was also approved. The purpose of the amendment is to allow the Nation the opportunity to enter long-term leases in accordance with recent changes in federal regulations relating to the HEARTH Act. In doing this, the tribe seeks to capitalize on economic development opportunities, increase the Nation’s lease income, and further develop its sales tax base.

Amidst extremely strong thunderstorms blowing through the Shawnee area, the CPN Tribal Legislators met on May 30.

Amidst the legislation passed was an amendment that updated the tribal Gaming Ordinance, an amendment to Title 12, Criminal Offenses section of the Tribal Code.  The changes to the code relate to a wider definition of intentionally or recklessly committing criminal mischief on tribal grounds, which includes the defacement or damaging of private and public property. The threat of cybercrime was also addressed by defining the types of crimes that are punishable under the amended statute. Other amendments included specific punishments for abuse of game officials in sporting events, minors in possession of alcohol, and harassment using terrorist threats.

Approval was given on the submission of Federal grants for family violence prevention, juvenile justice and delinquency prevention, community services for children and families, lower income home and energy assistance and the 17th year of the tribe’s diabetes program.