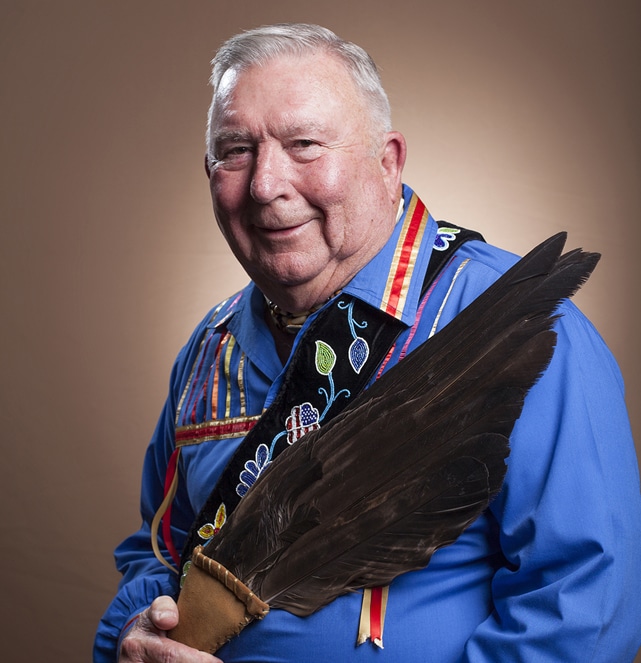 In District 4, Jon Boursaw won a close victory over Theresa Adame for the Kansas legislative seat. He has served the tribe before as the former Director of the Cultural Heritage Center, though this is his first term in the tribal legislature.

“I am extremely honored that the CPN tribal members in District 4 have selected me to be their representative to the CPN Legislature,” commented Boursaw. “I sincerely want to thank all of those who voted for me and offer a particular thank you to those individuals who assisted me in my campaign.”

In June, Boursaw gave a preview of some of his objectives as a legislator, saying he would:

“Renew the effort to return the 1862 Tribal Census Book currently in the St. Marys Historical Society Museum to the Tribe. This census, conducted in accordance with the Treaty of 1861, contains the names of those families and individuals who established what was to become the Citizen Potawatomi Nation. This book rightfully belongs in the CPN Cultural Heritage Center archives.“

“Continue to represent the Citizen Potawatomi Nation on a committee that is interested in the establishing a Heritage Park on the Kansas River near Rossville. This park would commemorate the pre-territorial settlement of Uniontown, the occupation of the area by Potawatomi, and the Kansas River ferries on the Oregon and California Trails, which were operated by Potawatomi members. This committee is comprised of individuals from the various counties and towns surrounding this historic site.”

“Continue to offer to give my CPN history presentation to civic organizations, schools, historical societies within Kansas and most importantly to CPN members throughout District 4.”

“Work closely with the CPN leadership and Housing Authority to ensure the viability and sustainability of the tribal complex in Rossville. I feel it is essential that we not only continue to provide housing and other services for our elder and disabled members, but it is equally crucial we continue the physical presence of the Tribe in Kansas.”

“Encourage all CPN veterans in District 4 to belong to the CPN Veterans     Organization. In conjunction with other District 4 meetings, I would like to hold     veteran meetings for the opportunity for them to be recognized for their service     and share their experiences. Offer a CPN Honor Guard at veteran burials.”

The Air Force veteran and Kansas native is a descendant of the Bourassa and Ogee families. Boursaw spent 24 years in uniform before retiring as a colonel. He spent 13 years working in major corporations in addition to serving six years as the Executive Director for the Prairie Band Potawatomi in Kansas. His most recent position was during his two and a half years as the Director of the CPN Cultural Heritage Center. An aficionado of tribal history, Boursaw gives presentations each year to participants of the PLP Student Program on the path of the Citizen Potawatomi Nation from pre-European times to its status today.

If you are in District 4, or would like to learn more about the tribe’s history through one of his presentations, you can connect with him at: