CPN member Phil Quinn has been writing from a young age, a skill he initially took up as a positive means to deal with his upbringing. The Bourassa family descendent has been writing books for over three decades now, and is now a nationally recognized advocate of child protection movement.

He holds BA in English with a minor in Psychology from California State College, an MA of Divinity from the Theological Seminary of the Southwest and a PhD. in Pastoral Counseling from Vanderbilt University. His academic background and training coupled with his past experience lead him to write his first work, “Cry Out”.

“I wrote it to lend the victim’s voice to the child protection movement gaining momentum in the United States during the 1980s,”said Quinn.

His follow up works, “Renegade Saint”, “The Well Adjusted Child”, “Spare the Rod”, “The Golden Rule of Parenting” and “From Victim to Victory” all focused on aspects of concern for this movement.

“The books were needed, I thought, because most child maltreatment is not the result of maliciousness and mental illness, but instead parental ignorance, faulty child rearing practices and lack of family support resources requiring in most cases not a criminal response but instead, a civil rehabilitative response.

“Further,” he added, “victims needed, I thought, to know that healing and recovery is possible in most cases and even more dramatically, that our children need not suffer the same fate.”

From 1980 to 2002, Quinn worked as a child advocate and educator, raising awareness of the issues facing abused youth and their families. In addition to organizing and attending conferences, he served as a trainer in the U.S. Army Department of Family Support and in 1983 founded ICARE, a non-profit that provided professional education in the field of child abuse prevention and treatment.  He served on a number of national boards, including on the Executive Board of Directors of the National Indian Child Welfare Association. 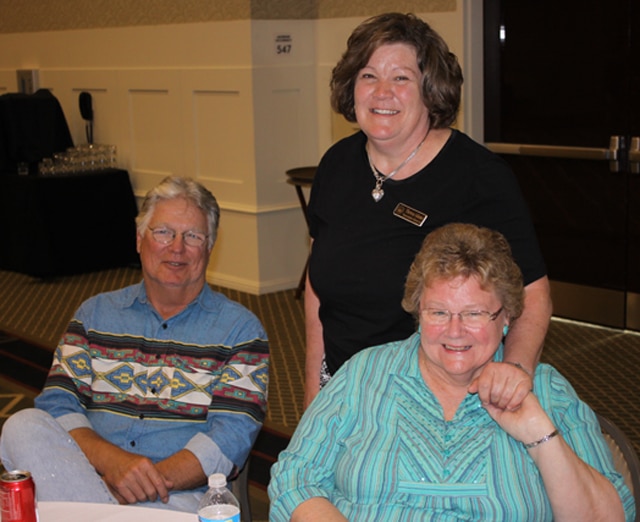 In addition to his focus on child advocacy, he founded his own travel company, Stellar Travel Services, and coached girls’ softball from the recreational to high school levels. Since the early 2000s, that has been his main calling. He has served as the head and pitching coach for a number of middle, high school and travelling teams in Tennessee, Missouri and Kansas. His most recent post, at Wamgeo High School in Kan., saw the team finish undefeated in the regular season and seize a berth in the state tournament.

His coaching hasn’t stopped his writing, though the subject matter is different from his previous work. Quinn used his decades as a fast pitch softball coach as inspiration to write “Release Point”, a coming of age novel about two young softball playing rivals.

“I became impressed with how hard some of these female athletes work to achieve their athletic goals,” said Quinn. “The sacrifices they make, the time commitment, similar hopes and dreams of their male counter parts.  But I also noted their profound need for support, for role models and heroes in the media and literature whose footsteps to greatness and fulfillment they might follow. “

The work was a difficult one, as Quinn wrote the book from the perspective of teenage girls.

“It is a genuine challenge for a male to write from the perspective of an adolescent female,” Quinn said.  “Frankly, I don’t know how successful I was in doing this… But to whatever extent I was, the credit must go to the several teenage girls who read and reread the developing manuscript as it was being written, offering their insights and suggestions; to the hundreds of female athletes I have been blessed to work with over the years and to my own three daughters – Deanna, Dixie and Chelsea – for allowing me to see the world, however briefly, through their eyes.”

Quinn is now a “semi-retired” author and coach, and currently resides at the Citizen Potawatomi Nation elder housing in Rossville, Kan. The father of four and grandfather of four is currently working on the sequel to “Release Point,” which will be titled “Contact Point.”

If you would like to learn more about Phil Quinn’s work, you can visit his personal website, PEQuinnBooks.com or email him at pequinn@live.com.