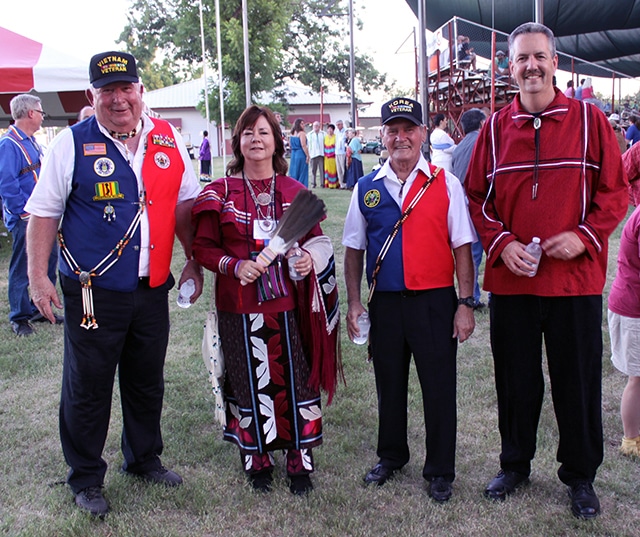 “I am extremely honored that the CPN tribal members in District 4 have selected me to be their representative to the CPN Legislature,” commented Boursaw. “I sincerely want to thank all of those who voted for me and offer a particular thank you to those individuals who assisted me in my campaign.”

Carney, an attorney from Arlington, Va., addressed her supporters after the vote was announced.

“I am grateful to the voters of District 2 for the record voter turnout and the confidence you are placing in me with your votes.  Please know that as a CPN Legislator I will continue to work hard for you and for all Citizen Potawatomi.  I welcome your calls, emails and notes and look forward to answering your questions and hearing your comments.  I’d especially appreciate offers of help in planning District #2 gatherings beyond the D.C. Metro area.  Help me come to you during this next term in office!  Migwetch and jagenogenon (thank you, for all my relations).”

Cole was graceful in his defeat, telling the Hownikan “I want to congratulate Eva on her victory and wish her much success in her upcoming term.”

I am just getting back from Festival 2013 and again the staff of the Nation has done an excellent job of taking care of all the citizens’ needs and entertainment.

I am sorry to report I lost the election.

Many of you may have seen me later in the night with tears in my eyes. I want to reassure you they were not tears of defeat or sorrow. I was overwhelmed with the outpouring of love from friends and strangers who stopped me to wrap their arms around me to offer their love and thanks for my service.

As a child growing up in the shadow of the Prairie Band Nation I  longed to be among people who felt the same love of our Citizen Potawatomi Nation. Never in my wildest dreams did I ever think that someday I would enter the dance grounds following the Chairman, Vice-Chairman and Treasurer as a leader for our tribe.

As I entered last night for the last time as your representative, I made sure I looked at every face, noticed the beautiful Oklahoma sky, the smell in the air and felt the love of the those in attendance.

I have experienced what no one else can proclaim.

Others will follow but I am proud to be the very first legislator for the great State of Kansas for the Citizen Potawatomi Nation.