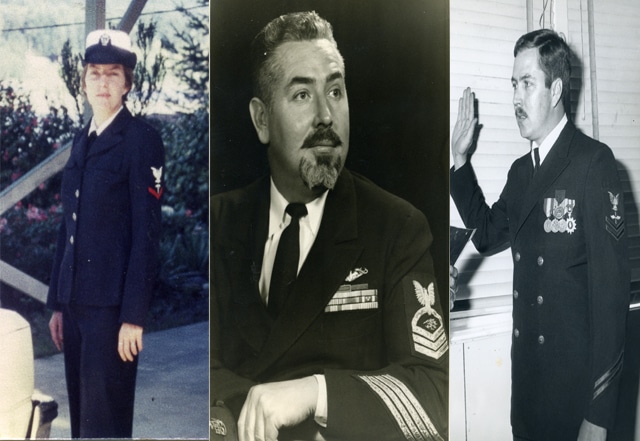 At the tribe’s regional meetings that take place throughout the country, one individual is awarded a Pendleton blanket for having travelled the longest distance to get there. If tribal member Gwen (Welfelt) Pellegrino were in attendance at one of those gatherings, the amount of miles she travelled might be difficult to top.

Pellegrino, a member of the Welfelt family, is a dual American-Australian citizen. Her great grandfather, Samuel Welfelt was once a student at Sacred Heart School south of the tribe’s current headquarters. His son was born in Topeka, Kans. and moved to the state of Washington. That is where her father, Theodore Welfelt Sr. was born in 1919. After attending several Indian boarding schools in the Pacific Northwest and graduating from high school, Theodore joined the U.S. Navy prior to WWII as a radioman. During the war he ascended to the theater’s highest rank as a radio operator and was stationed in Freemantle, Australia. It was there he met Gwen’s mother, Shirley Burton, who was a member of the Australian Army.

“My grandmother was a hotelier and got to know the Americans who were stationed there. She met my father through that and invited him to dinner where he met my mother, and by 1945 they were married,” remembered Pellegrino.

Her father served in the Navy through the Korean War, before retiring in the mid-1950s. Gwen, who was born in 1957 at the San Diego Naval Hospital, moved with the family upon his retirement to her mother’s home city of Perth, Australia. Gwen was raised there along with her brother Ted and sister Mariah-Lynn, and upon graduating high school, became a licensed practitioner nurse. Around the age of 20, Theodore Sr. received notice of his allotment check, and brought Gwen along with him to the U.S. to claim it. Though she knew of her Potawatomi heritage, for the first time Gwen was able to meet relatives and visit the Indian schools her father had attended growing up.

“It was really a good experience travelling with him and learning about his life and my heritage. We went back to an alumni meeting at one of his schools, and he was telling the-then current students about the time capsules he and his classmates had buried there,” recalled Pellegrino.
After her trip to the U.S., Pellegrino decided to enter the U.S. Navy like her father and older brother Ted, who served during Vietnam.

“It was the family business,” she explained, “and as a plus it provided me the opportunity to travel.”

Her urge to travel was answered, as she found herself stationed in Annapolis, Md., Grand Turks and Caicos in the Caribbean, and finally back to her father’s home state of Washington. During this time Theodore Sr. was receiving treatment at the U.S. Naval hospital where Gwen was stationed, and the two lived together while he was there.
After five years of service, Pellegrino left the Navy in 1982 and returned to Australia. Though she moved into a quieter and more settled life, she began to research her Potawatomi background after coming across her tribal enrollment card.

“I got on the Internet to do some research and see what it was about. That was the turning point that eventually led me to Shawnee, where I’d never actually been during my time living in the U.S.,” said Pellegrino.
She returned to the U.S. in mid-2009 and travelled to Shawnee, where she began working at FireLake Discount Foods. During this time she learned more about her Potawatomi heritage and attended events like the Annual Family Festival as well as the Gathering of the Potawatomi Nations.

Returning to Australia for a year to sell her home at the end of 2010, she is now back in Shawnee. Pellegrino currently attends St. Gregory’s University, which is a successor to Sacred Heart School, where her great grandfather was educated more than a century ago.

Pellegrino, whose Potawatomi name is Aptegishgokwe (Half-Sky Woman), admitted that having her kids and grandchildren in Australia was difficult. However, she said “I’ve been thrilled and delighted by how progressive and caring the tribe is in caring for other people. A lot of their programs involve the whole community, and it makes one want to stay around as a part of it.”