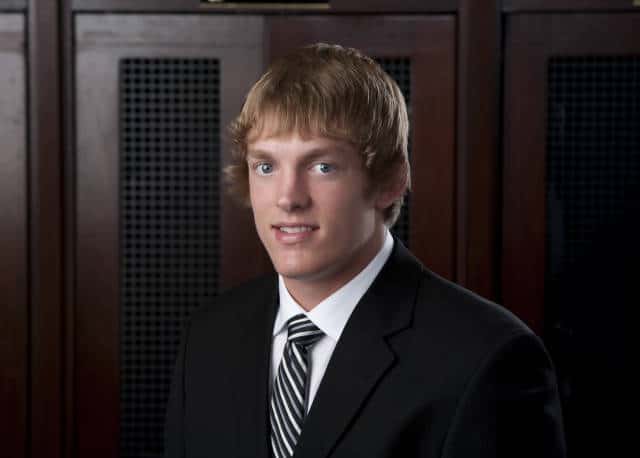 On Saturday evening, the country’s attention will be on one of the most popular sporting events as the Shockers of Wichita St. University tip off against the heavily favored Louisville Cardinals in the first game of the 2013 Final Four in Atlanta. Taking the court with them will be one of Citizen Potawatomi Nation’s own, tribal member Ron Baker.

Baker is the son of Ranae and Neil Baker, and is a member of the Navarre family.

Distric 4 Legislator Theresa Adame added her own congratulations to her constituent, saying “The Navarre family has always had a very competitive spirit and been athletically talented, and I am happy to see Ron excel at this level of competition. I know myself, the State of Kansas and Citizen Potawatomi Tribe are all wishing him and the WSU Shockers the very best.”

Baker grew up in Scott City, Kan., establishing himself as a three sport athlete, but excelling in basketball. In the 2011 3A state championship game, he became a local legend after hitting the game winning shot on the team’s final possession.

Despite his success, Baker wasn’t recruited heavily by any in-state or nearby Division I schools. He was considering attending either Division II Ft. Hayes State University or a junior college in hopes of drawing the attention of one of the state’s three Division I basketball programs. However, his parents proposed paying his way to nearby Wichita State for his freshman year if a scholarship was available the next.

Two years later, the Navarre-family descendant is a key cog in the Wichita St. team that has taken down top ranked Gonzaga and number two seeded Ohio State in the NCAA Tournament’s West Region. The Shockers were largely unknown outside of the areas that watch Missouri Valley Conference basketball. But now that they’ve knocked off the two top seeds in their region, they’re now known as the first team from the Missouri Valley to make the Final Four since Indiana State in 1979. The 1979 team was led by basketball legend Larry Bird.

As Baker told the Scott County Record earlier this week, ““When you hear these things you gain a sense of what we’ve accomplished. It’s pretty neat to be mentioned with Larry Bird.”