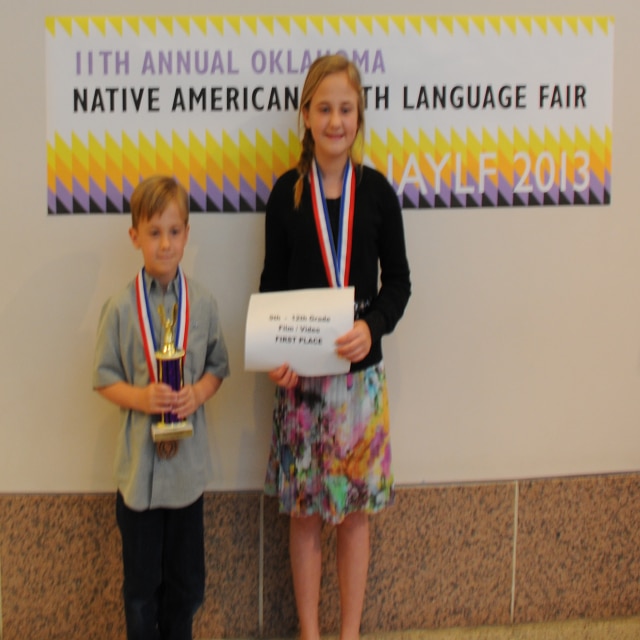 Participants from the CPN Child Development Center competed in the Oklahoma Native American Youth Language Fair on April 1 in Norman, Okla. The youth competed in two categories at the 11th annual fair.

The youth won first place in the video competition for a video they submitted of them acting out the traditional Potawatomi story, “Turtle goes to war.”

CPN youth also performed the skit in the live performance category for the Pre-K- through 2nd grade age group and earned third place. 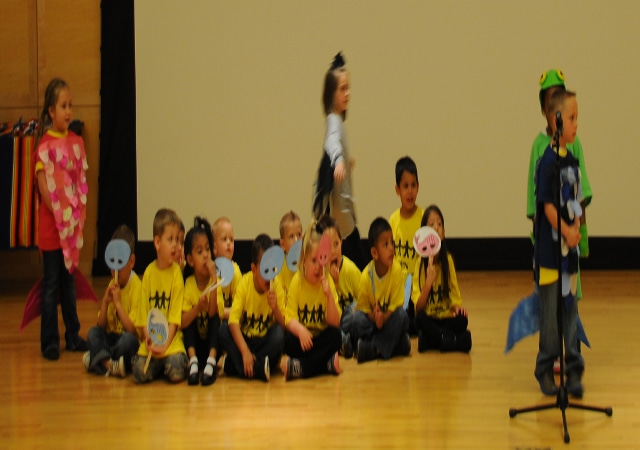 Tribal Language Director Justin Neely was present throughout the day at the fair while serving as a judge on a number of competitions.

“It’s tough to be a judge, but events like the Oklahoma Native American Youth Language Fair is about promoting our languages and cultures,” said Neely. “I am thrilled that the students from CPN Child Development participated. They worked very hard on the live performance and video.”

The Oklahoma Native American Youth Language Fair began in April 2003 as a way to recognize the Native language teachers and students in the state. Its ongoing goal is to make the public aware that the Native languages of Oklahoma are living languages. This year’s event boasted participants from more than 62 programs who represented 45 different languages from across the country.

For those Citizen Potawatomi members in attendance, an added bonus was seeing the participation of the tribe’s Kansas relatives, the Prairie Band Potawatomi. The Prairie Band participants also performed well, taking 1st and 2nd place in PowerPoint Presentation category while their youth also took 3rd place in the 9-12th grade large group activity.

“Kche Migwetch (Big thanks) to the parents who came to the live performance and to the Child Development Center staff who accompanied the kids to Norman,” said Neely. “Randy Schlachtun has been working with our youth ahead of their performances. We also have to thank Curtis Grant and Leslie Deere at Tribal Heritage Productions for filming our video submission.”

If you would like to learn more about Potawatomi language learning opportunities, for youth or adults, visit the CPN Language Department webpage or contact Director Justin Neely at jneely@potawatomi.org.