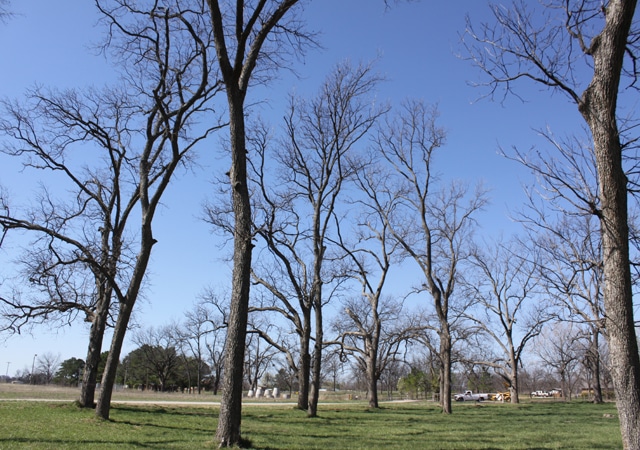 In the areas surrounding the Citizen Potawatomi Nation headquarters, the abundance of pecan trees is hard to miss.

Like many of the commercial enterprises started by the tribe over the course of the last decade, CPN’s Pecan Farm began as a suggestion from Chairman John Barrett in 2007. Tribal member and longtime CPN employee William Everett took over operations in 2009. Everett, a descendant of the Tescier family, has worked for the tribe for 19 years, and currently serves as maintenance director.

“My job is a little more unique in that it’s free flowing. Every day I have to go out and have a look at our property to decide what our guys are going to take care of,” said Everett. “The interesting thing here compared to the newer businesses like the Grand Casino and Ball Fields complex is that I’m responsible for trees that are more than a hundred years old in many cases.”

By late 2008, pecan production was underway. Despite some obstacles, like battling the ongoing drought, the farm has been a success so far, producing around 12,000 pounds of pecan annually.

The farm currently boasts around 300 harvestable trees on 60 acres of tribal land. The majority of the trees are native to Oklahoma. 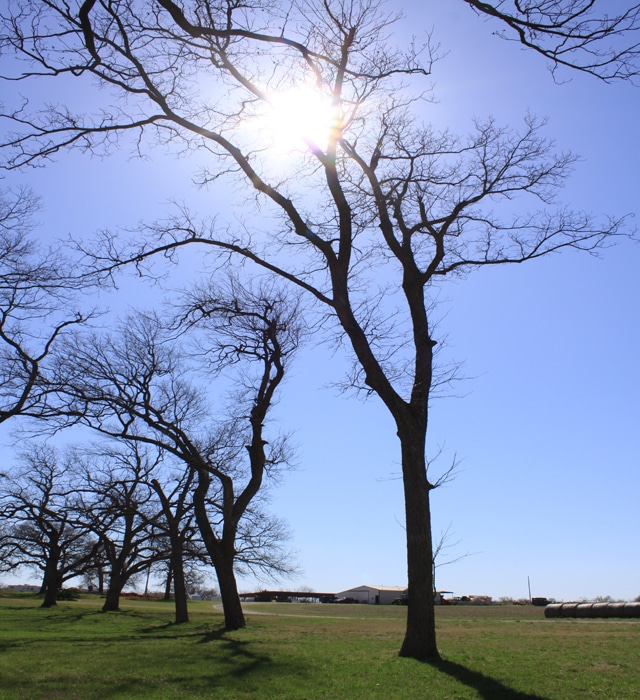 CPN-owned pecan trees are situated in groves as opposed to man made orchards, and can be found throughout tribal property, like the pecan farm and FireLake Golf Course. The average age for a tree to be harvestable is from 5-7 years, but their yields aren’t significant enough to turn a profit until they are a matured 12-15 years.

Despite the assumption that work on the pecan farm is a slow paced job, Everett and Pecan Farm Manager Blaine Littleton have year-round duties to make sure the operation maintains its profitability. Littleton, who is currently enrolled in Oklahoma State University’s Pecan Management Course, oversees a staff of two full time workers who clear undergrowth from the groves and monitor for insect and bacterial infestations in the trees. In the event that an infestation occurs, the team must spray and monitor the trees to make sure a reoccurrence doesn’t take place.

“Aside from our normal day to day monitoring and work, one of our main concerns is countering crows and squirrels,” said Littleton. “One squirrel can carry off 50 pounds of pecans per year on average.” 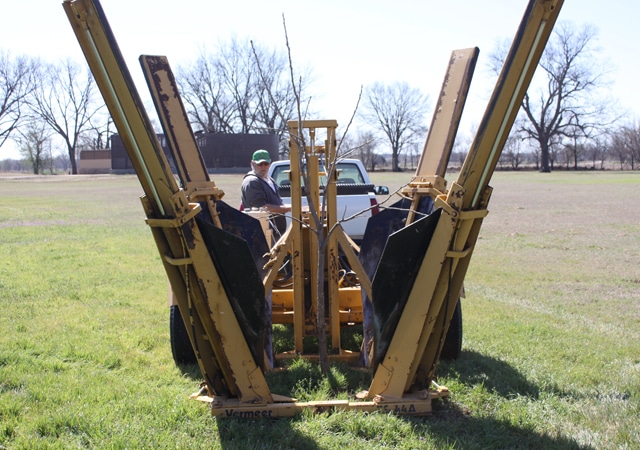 Currently, the pecans produced at the farm are cleaned, packaged and presented to CPN members and sold at the tribal owned grocery stores. While the nuts have long been a staple of American dietary culture, emerging markets overseas, especially China, have begun to import pecans in increasing numbers.

As domestic demand looks likely to remain steady and overseas demand rises, the work of the pecan farm is only going to become more important to the tribe’s economic interests.