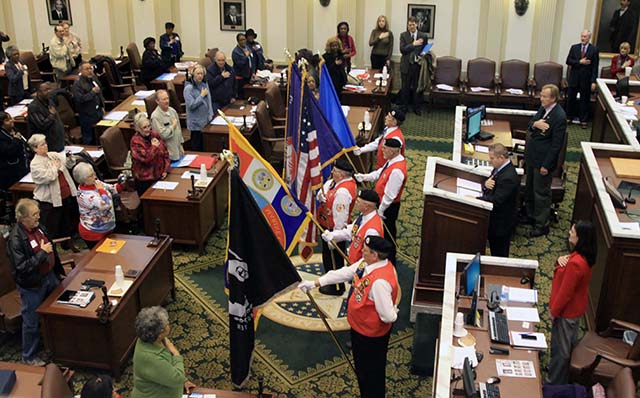 In front of a full House chamber, the CPN Veterans’ Organization Color Guard opened Senior Day at the Oklahoma State Capitol on February 25. The five man color guard carried the American flag, Oklahoma flag, Citizen Potawatomi Nation flag, CPN Veterans Organization and POW-MIA flags into the legislative chamber where the pledge of allegiance was recited by those in attendance.

Senior Day at the Capitol is an opportunity for older citizens and those working in industries serving them to learn about legislation affecting the state’s aging population. Seniors have the opportunity to meet with politicians and representatives from non-profit organizations working on issues important to them. 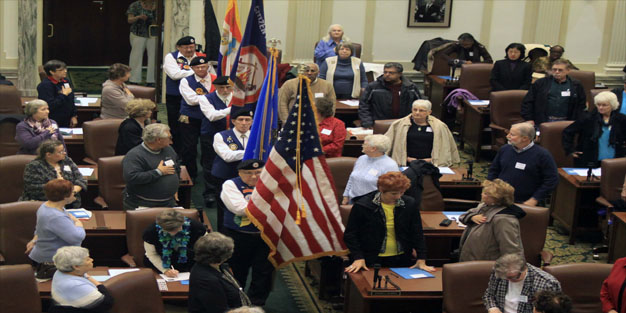 “As we are all veterans, we feel a sincere devotion to God and country while performing under our nation’s flag,” said Holton. “There are several facets of a veteran’s life that brings credit to the tribe, our families and our fellow vets. Performing as the CPN Veterans Organization Color Guard at events like this is just one of the many we enjoy.” 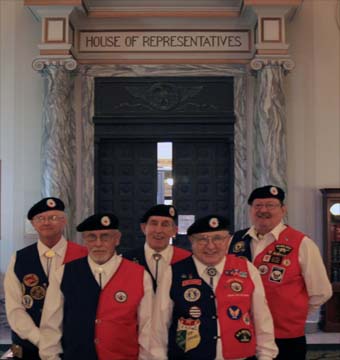