Some incumbents run unopposed in 2013 election 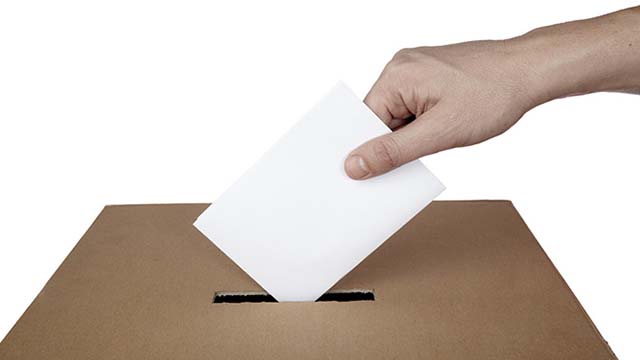 Chairman John Barrett will run unopposed for his eighth term. Barrett, who has held the post since 1985, will serve another four year term of office following the election’s certification.

Barrett last defended his incumbency in 2009 and has overseen the tribe’s extensive development as a financial and business entity while bolstering services for tribal members. During his tenure, the tribe has opened new revenue streams such as the Firelake Grand Casino, Iron Horse Industrial Park and has established the tribe as Pottawatomie County’s largest employer.

CPN members in District 1 will continue to be served by incumbent Roy Vern Slavin, who will also run unopposed. Slavin will be serving his second full term after having won the 2008 electoral race by just one vote.

Tribal members in the country’s Southeast will choose between incumbent Eva Marie Carney and challenger Anthony Cole for District 2’s legislative seat. Carney is running for her third term, having served as the district’s representative since her electoral victory in the 2008 elections. Cole, of New Orleans, had sought the district’s seat in 2008.

Robert Mitchell Whistler, a two time candidate who will serve as District 3 representative for members living in eastern and central Texas.

In the other contested race, incumbent Theresa Adame and Jon E. Boursaw will again contend for Kansas’ District 4 legislative spot. Adame, defeated the former U.S. Air Force colonel in the 2009 election and is a two time incumbent.

In-person voting will commence June 29 at during the annual CPN Family Festival.