Diplomatic security a new responsibility for the CPN Police Department 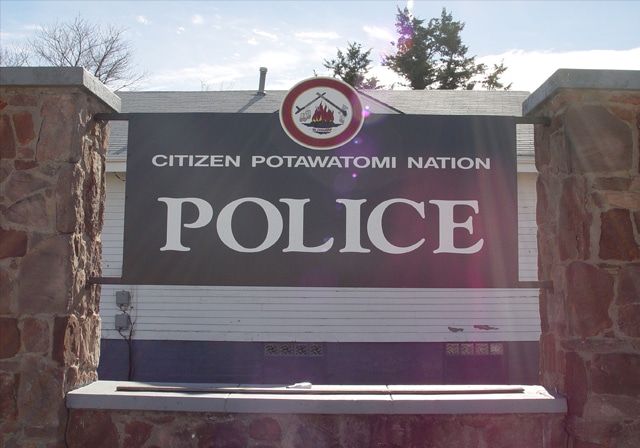 When one thinks of the responsibilities of the CPN Police Department, diplomatic security would not be near the top of the list. But with the tribe’s growing commercial interests, especially in terms of drawing outside investment to future projects, Chief of Police Dr. Jim Collard saw the need for a specialized unit to escort and protect touring delegations visiting the tribe.

“We believe it is appropriate to provide security to prevent anything unfortunate from taking place,” said Collard. “While the risk of something happening is small, the ramifications that would result if something negative did occur are significant enough for us to prevent it.”

Dr. Collard, who is also the tribe’s Director of Economic Development, created the CPN Diplomatic Security Team to address two specific concerns that fell under his responsibilities in his dual roles.

“Part of it is as a courtesy for these groups that visit. But also, as a sovereign nation we have certain responsibilities that other entities do not have to protect our guests,” said Dr. Collard.

The team of select CPN officers accompanies visiting dignitaries from the time they arrive to the time they leave. On a recent visit by a delegation from Jinchang City, China, the diplomatic security team met the group upon arrival at Will Rogers Airport in Oklahoma City and accompanied them throughout their day long tour of Shawnee and the Citizen Potawatomi Nation.

Sergeant Mike Hendrickson is the team leader, having been part of the discussion with Dr. Collard that lead to the formation of the squad. Hendrickson, an Army National Guardsman, first worked in personal security details during his time protecting VIPs during a tour of duty in Iraq from 2008-09. His squad received training from TigerSwan, a private firm specializing in personal security services and instruction run by former secret service agents.

“As a personal security detail, your job isn’t to stand and fight. Your duty is to protect the people you’re responsible for, and then get them out of harm’s way,” said Hendrickson.

The team is made up of seasoned police officers with years of street experience.

“We want seasoned police officers who can react well under pressure,” said Hendrickson. “The goal is to get the people you know would react well in an emergency situation. But I’ve been impressed by how fast our team has picked everything up considering the amount of time we’ve been training. The recent Chinese delegation that visited the tribe expressed that they were impressed with our professional security team that accompanied them on their trip to Shawnee.”

Hendrickson conducts the training for the squad, which currently consists of reviewing several scenarios the team could face during an average protection detail. However, Dr. Collard notes that in the near future, the team will also have the opportunity to train with the U.S. Secret Service.