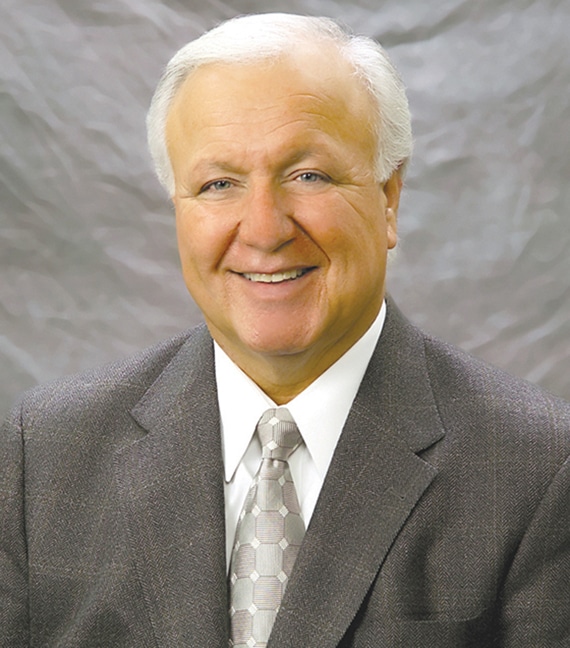 (The Tecumseh Countywide & Shawnee Sun newspaper is in the midst of unveiling its list of “The Ten Most Influential People” in Pottawatomie County, Oklahoma. Through its April 15 edition, the newspaper has named numbers 10 through four, with Citizen Potawatomi Nation Chairman John ‘Rocky’ Barrett landing at number four on the list. This is Countywide & Sun publisher Wayne Trotter’s profile of Chairman Barrett.)

Loyalty is an important concept for John A. ‘Rocky’ Barrett. As chairman of the Citizen Potawatomi Nation for close to a Quarter-century, he is loyal to his tribe. As a native of Shawnee and graduate of Shawnee High School, he is loyal to the Wolves, to Oklahoma, to Shawnee, to Pottawatomie County, and to all the communities that make up the county that took its name from the tribe he leads. As a father and doting grandfather, he is loyal to family.

“Ultimately, we’re from Shawnee and Tecumseh and Pottawatomie County. We’re Oklahomans, and we’re members of the Citizen Potawatomi Nation,” observed Barrett, who is making his second consecutive appearance among those considered leaders by their peers

We’re proud of being all of those, and we take a great deal of pride in our community. What we’re able to do no as opposed to 10 years or 20 years ago is present the community with opportunity.

Of all the interests this 65-year-old grandfather acknowledges, the one that has grown the fastest and most impressively is clearly the tribe. Barrett recalls that when he first became active in tribal affairs in the 1970s, what was the named the Citizen Band of Potawatomi Indians had very little in the way of property and only $550 in the bank.

How things have changed! “We are Pottawatomie County’s largest employer with a little over 2,000 employees,” he said. “This year we have an operating budget in excess of $350 million. There re $78 million of federal contracts or compacts.”

“We are distributing approximately $8 million in pharmaceuticals to our tribal members over 63. That comes from tribal profits not federal funds. We give first-time homebuyers a $2,125 grant.

“The great thing about our people, I think, (is) that we have one of the lowest unemployment rates of any large tribe in the country. Our tribe has a history of entrepreneurial spirit and a work ethic that we’re extremely proud of.”

Chairman Barrett said one of the keys to the tribe’s success is that members of the CPN have allowed Barrett and other tribal leaders to handle the money in much the same way a family would. Instead of dividing the money on a per head basis, the tribe has written a need component into its formula.

“Sitting down and writing the same size check to every member is not how families do it, not successful families,” he said. Investing and re-investing that money is one of the keys that have allowed a tribe that had $550 in the bank 40 years ago to be worth something like $400 million today.

And, that’s just the public side of the tribal operation. Unseen by many are the services that are provided to tribal members and the cooperative efforts that promote the safety and welfare of everyone in the community. One example is a pending project to overlay Gordon Cooper Drive, an expense that otherwise would fall to the Shawnee and Tecumseh city governments – two cities that have budget problems in this economy.

Barrett represents the seventh generation of his family to serve as a tribal leader. He has been associated with – some say responsible for – many changes in tribal government, from the name of the tribe to establishing the first truly national tribal legislature in the United States.

But, the last point he made in this interview wasn’t about that or any of the big enterprises the tribe maintains. It was about rural Pottawatomie County, about places named Wanette and Asher and Pearson and Sacred Heart and even Tecumseh and McLoud, about how all those places could survive and even prosper in the years ahead. He even dreams of putting Wi-Fi (highs-peed internet connectivity) in entire communities in the county.

It’s part of his vision of opportunity … for the tribe and for its neighbors. – Wayne Trotter