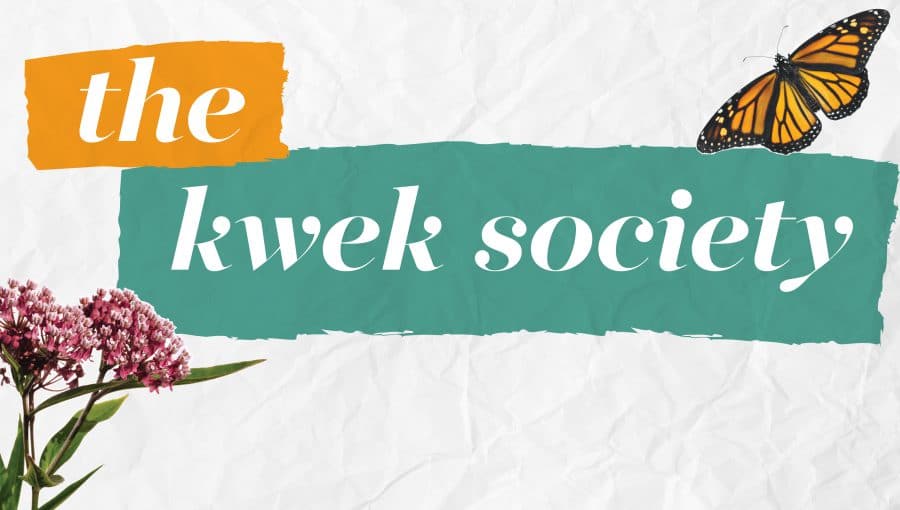 During summer 2017, a box of 20 tampons cost 86 percent more at a convenience store on the Pine Ridge Reservation in Wanblee, South Dakota, than a Rapid City Walmart approximately 100 miles away, according to the HuffPost article Why Many Native American Girls Skip School When They Have Their Periods.

Julia Chipps, a nurse at Crazy Horse School on the reservation, told reporter Eleanor Goldberg female students who pay those higher prices “shouldn’t feel like they’re being punished for being a girl.” Some young, female Native American students miss up to a week of school each month to avoid the consequences of being without these products.

“I‘ve always supported efforts to get supplies to women in impoverished nations, but thought, ‘My goodness, Native American girls’ lack of supplies is very close to home, and I don‘t know anything about it. How is that possible?’” she said.

It surprised Carney that up until recently, efforts to emphasize this issue for poor, incarcerated, homeless and underrepresented women across the globe never considered Native American populations.

In Periods Gone Public: Taking a Stand for Menstrual Equity, author Jennifer Weiss-Wolf addresses the need for policy change and the potential positive implications of enacting laws that ensure every woman has access to safe, affordable products. Carney read the book and met Weiss-Wolf during her fall 2017 book tour appearance in Washington D.C., and discussing the issue fed Carney’s enthusiasm to do something about it.

Shortly after, Carney began working to form a nonprofit to provide menstrual hygiene products to reservation schools. The Kwek Society (Kwe’k means “women” in Potawatomi) became a federally approved 501(c)(3) charity and registered to solicit charitable donations in Virginia and Oklahoma in summer 2018.

Restricted access to menstrual hygiene products on reservations and in impoverished communities feeds a cycle of gender inequity, economic hardships and educational limitations.

“I think education is incredibly important for all young people but particularly for girls. … A girl missing school because she has her period is just unacceptable,” Carney said. “And being comfortable with the fact that they are becoming women is critical to girls’ feelings of self-worth and confidence and the ability to excel in school and in life.”

In 2015, the Bureau of Indian Education reported the American Indian/Alaskan Native high school graduation rate across all types of schools at 69 percent — 12 percent below the national average. However, the small percentage of students attending Bureau of Indian Education schools graduated at a rate of 53 percent. Young Native American women’s access to menstrual supplies negatively influences graduation rates because it leads to temporary solutions or immobility during their cycle.

The American Community Survey from the United States Census Bureau reported a poverty rate of 26 percent for the same time period and demographic. Those high rates often force Indigenous women to choose between essentials such as electricity or groceries and menstrual hygiene products. Rural stores pass on the increased shipping costs to consumers, cutting their ability to buy in bulk. Even without the inflation seen on many reservations, the products’ cost adds up quickly.

“Supplies are expensive. … They are not something that people who are comfortable economically even have to think about being able to afford,” said Carney.

She strives to put an end to the invisibility of impoverished Indigenous girls’ struggles.

In a recent interview with the Hownikan, Carney emphasized the importance of establishing relationships while building The Kwek Society. She has been seeking input from other nonprofits, personnel at the target schools, other tribal representatives and interested donors.

Only four days after reading the HuffPost article in August 2017, Carney personally donated to the Wounded Knee District School on the Pine Ridge Reservation in South Dakota. The Friends of Pine Ridge Reservation put her in touch with school administrators. The school now receives boxes quarterly from The Kwek Society filled with products for their students.

While attending an annual art market held at the National Museum of the American Indian, Carney met a Navajo artist whose daughter is Navajo Nation Council Delegate Amber Crotty. From that relationship, The Kwek Society connected with Central Consolidated School District personnel in Shiprock, Newcomb and Tohatchi, New Mexico. The nonprofit began shipping monthly donations to the five schools located on the Navajo Reservation in September 2018, adding a sixth in November. Carney said students now regularly visit the nurses’ office to fill their backpacks with necessary supplies.

“The fact of the matter is that I would love personally to see in each school, each government building, everywhere, menstrual supplies being made available in restrooms just as toilet paper is,” she said.

The Kwek Society receives some in-kind donations from I Support the Girls, a Maryland-based nonprofit that collects bras, tampons and pads for international distribution. Carney’s organization is developing partnerships with retailers and manufacturers, including Be Prepared Period. It also welcomes donations from individuals.

“I think what we are doing is really consistent with traditional teachings about sharing what you have,” Carney said. “I think it‘s a social justice issue. I think it‘s a human rights issue at a very basic level.”

Tribal member Linda Arredondo serves as The Kwek Society’s board secretary after offering Carney her time and talents. Working in information technology, Arredondo knows the trials of being a woman in a male-dominated field.

“I want to work with The Kwek Society in a way that eliminates barriers to entry to STEM (science, technology, engineering and math) careers. … I want them to be able to focus on their studies, especially if they’re technically inclined, and to not have that worry in the back of their mind about, ‘Oh, I’m female. I also have this other thing to worry about,’ and at some point — depending on their geographic location and demographic situation — that the male student is going to have the competitive advantage,” Arredondo said.

CPN Language Department Language Aide Enedina Banks began a community program in November 2018 that reconnects a rural Oklahoma school district’s Native students with their heritage and traditions. One of her lessons covers the menstrual cycle, or moon time, with the junior high and high school females.

She wants the students to recognize their cycle as something that is not shameful but rather a blessing. Banks aims to reinvigorate traditional Native American beliefs about periods, including perceiving them as a purifying ceremony during which females are their strongest. She also hopes to instill the importance of self-respect.

“It’s a family and a community effort to help these girls achieve success and to become confident, empowered women,” Banks said. “Because that’s what you’re doing in that (moon) time is you’re empowering her. You’re teaching her how to care for herself.”

“When this package came, … I had tears because I was like, ‘I know how much it meant to (Carney), and I know how much it’s going to mean to a girl, getting something,’” Banks said. “Because they’ve put together these cute little bags that are discrete, and they have pre-teen pads and a nice little card that says, ‘It’s time to celebrate.’”

Carney spoke about her organization at the 2018 Potawatomi Gathering of Nations tribal council meeting and received donations from several tribal leaders, including one gentleman who said, “It’s for Kotex,” which touched Carney. Several powwow dancers also felt compelled to donate their honoraria, and a member of the Pokagon Band of Potawatomi approached Carney about holding a menstrual supplies drive early this year with help from The Kwek Society and Be Prepared Period.

“I think the Society will grow larger and evolve over time,” Carney said. “But even now, as new as we are, it is so good to realize that because of our work and our donors’ contributions to date, there are girls that now are just able to go about their business of being good students and not needing to worry.”

Find out more about The Kwek Society by visiting kweksociety.org. Follow them on Facebook at facebook.com/KwekSociety and on Twitter @KwekSociety. The organization accepts donations through their website and their GuideStar page. AmazonSmile customers can designate The Kwek Society their charity of choice and donate .5 percent of eligible purchases to the organization. Carney also gratefully accepts requests for assistance hosting local menstrual hygiene product drives anywhere in North America.

Beginning Jan. 1, patrons of the information platform and online retailer Be Prepared Period can donate 10 percent of their purchases to The Kwek Society while shopping. Visitors to bepreparedperiod.com can also donate to The Kwek Society through the website and read Carney’s feature about the organization.