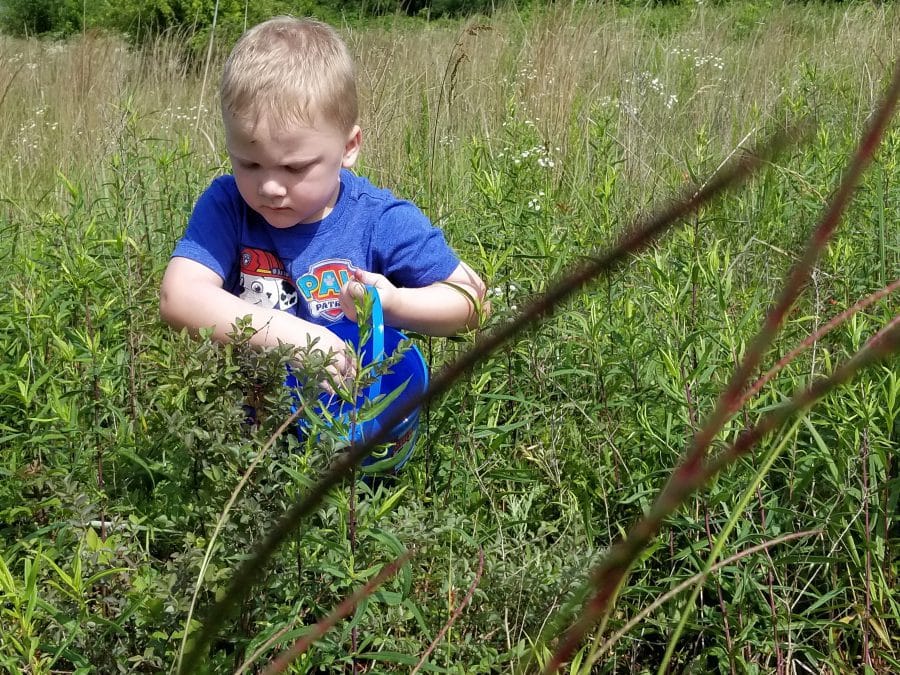 This episode features a man whose primary language is Potawatomi and taught Citizen Potawatomi Nation members it since the 1970s. There is also a visit to a tattoo shop owned by a Tribal member and the CPN Community Garden for summer berry picking.

Almost 30 years ago, Wamego descendant Isaac Bruno took up the art of tattooing. Nearly three years ago, he opened up his own shop, The Mad Tatter, in Shawnee, Oklahoma. The 1951 Walt Disney animated feature Alice in Wonderland inspired the interior décor and name. The business, his career and personality mix together creativity and fun.

“I’ve always wanted to own my own tattoo shop. I wanted to do something just totally different from every other cookie-cutter place. So, I came up with Alice in Wonderland, with the Mad Tatter,” said Bruno. “It was something really bright and colorful that everybody could relate to.”

Don Perrot is the last heritage fluent Potawatomi speaker for the Prairie Band Potawatomi Nation. Born in Arpin, Wisconsin, he learned the language living in a traditional Indigenous community with his family. Perrot began helping Citizen Potawatomi Nation members learn the language in the mid-1970s, leading the way through the decades to his 80th birthday in August.

On a fruitful patch of land not far from Citizen Potawatomi Nation headquarters, the Tribe started a community garden named Getemgen, We Grow It. It is a combination of untamed and plotted land with crops grown from heritage seeds passed down for generations. However, on a beautiful day at the beginning of June, people came out to wade through the wildflowers and brush to hunt for berries.

“I just call them mkedemenen, blackberries, but they’re actually dewberries. I don’t know if down here there’s a word in Potawatomi for them, and they grow all over the place in fields and on the edges of forests,” said community garden manager Kaya DeerInWater. “And they come to their peak ripeness right about now, beginning of June end of May. And then we get the real blackberries a month later. So, this is kind of like a taste, an appetizer.”