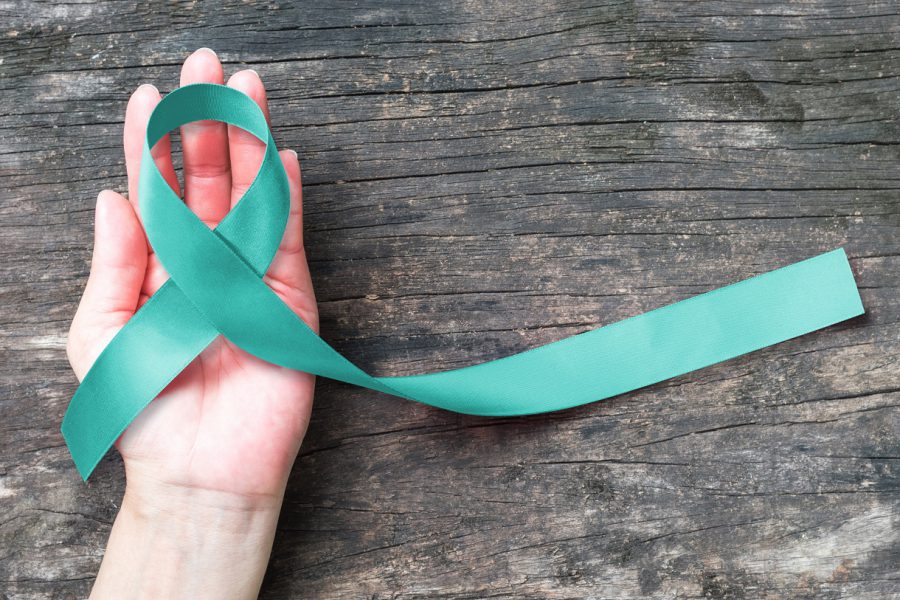 The American Social Health Association (ASHA) and the National Cervical Cancer Coalition have named January Cervical Health Awareness Month to encourage women across the country to get screened for cervical cancer.

The American Social Health Association (ASHA) and the National Cervical Cancer Coalition have named January Cervical Health Awareness Month to encourage women across the country to get screened for cervical cancer.

“You have an angry cervix,” he told the Cherokee Nation citizen.

Along with an overdue Pap test, Masters’ gynecologist immediately performed a biopsy.

The results: severe cervical dysplasia, a precancerous condition that, if left unchecked, can lead to full-blown cervical cancer.

Nationally, more than 11,000 women develop cervical cancer each year with higher frequency among women older than 30. More than 4,000 die from the disease annually.

According to data published in June by the Centers for Disease Control and Prevention, Oklahoma has the country’s fourth-highest incidence rate of cervical cancer, trailing only Mississippi, the District of Columbia and Louisiana.

Additionally, compared to white women, American Indian and Alaska Native women nationwide are 1.5 times more likely to be diagnosed with cervical cancer and twice as likely to die from the disease, due in part to patchy preventative care access during the three- to seven-year incubation period for precancerous cervical cells.

“One of the main reasons that we believe our women have a higher incidence rate and mortality rates is because many have irregular health care and are not being screened regularly,” said Lois Brown of the American Indian Cancer Foundation. “Cervical cancer is a slow-growing cancer, so we know if someone comes into the clinic and they’re diagnosed then, they have a better chance of survival.”

The most common sexually transmitted infection in the United States, the human papillomavirus is also the single largest cause of cervical cancer. According to the CDC, an estimated 79 million Americans have at least one strain of HPV, with 14 million cases contracted each year. Most HPV cases resolve themselves within a year or two, often without presenting any symptoms.

Usually transmitted via skin-to-skin contact, more than 200 HPV strains exist, with about a dozen identified as high risk. Two specific types, 16 and 18, account for an estimated 70 percent of all cervical cancer and pre-cancer diagnoses.

Although Masters did not have one of the strains more frequently associated with cervical cancer, HPV did play a factor in her dysplasia diagnosis.

“It was sobering to learn … how rampant HPV is,” she said. “It’s epidemic, it seems.”

Regular commercial tobacco use also doubles a woman’s risk of developing cervical cancer. The carcinogens found in cigarettes have been found to damage the DNA of cervical cells and weaken the immune system, making it harder to fight off an HPV infection.

The lower, narrow end of the uterus, the cervix connects the upper part of the uterus to the birth canal. Cervical cancer symptoms are rarely noticeable until the cancer has become invasive and started growing into nearby tissues.

When they do appear, common signs include abnormal vaginal bleeding or discharge, pain during sex or unusually heavy or long menstrual periods.

“One of the things that I’m noticing … about Pap smear tests is that we often relay that it detects cervical cancer, but we don’t relay that it also often catches precancerous cells,” Brown said. “That can cause some fear — some don’t want to know — but we can better relay what the test can show and that an abnormal result doesn’t guarantee cancer.”

Even then, sometimes an additional check-in is needed, either due to a family history of cervical cancer or a gut feeling that something is wrong. An abnormal Pap smear is not synonymous with a cancer diagnosis but can lead to a discussion about potential additional testing.

“Getting your screening done is going to be your best bet,” Brown said. “If you do have concerns, such as pain in the pelvis, pain during intercourse or your menstruation cycle is off; those may be reasons to talk to your doctor about possibly getting screened.”

Additionally, teens and preteens can be vaccinated against HPV, thus reducing the risk of developing cervical cancer. Depending on when a person starts the vaccination series, it can be taken in either two or three doses six months apart.

In honor of Cervical Cancer Awareness Month in January, the American Indian Cancer Foundation is sponsoring Turquoise Tuesday Jan. 23. Along with encouraging people to wear turquoise that day — the color associated with cervical cancer — the nonprofit will publish survivor stories in an effort to remove any negative connotations attached to the disease.

“Our goal is to get people talking about being screened and actually go in to get screened,” Brown said. “We want people to take selfies while wearing turquoise and upload their photos to social media to help build camaraderie and a sense of community around this.”

Meanwhile, Masters has had clean biopsies for more than two decades. The cervical dysplasia was severe enough that her gynecologist eventually had to remove three-quarters of her cervix and prescribe six months of topical chemotherapy to eradicate the cancerous cells.

Still, the experience taught her to encourage her doctors to follow their instincts when it comes to reproductive health.

“If your gynecologist doesn’t like the looks of your cervix, have him or her do a biopsy,” she said.